At the age of 92, former Prime Minister of Malaysia Mahathir Mohamad has been named the Prime Ministerial candidate for the upcoming general elections. He is the candidate who..

At the age of 92, former Prime Minister of Malaysia Mahathir Mohamad has been named the Prime Ministerial candidate for the upcoming general elections.

He is the candidate who will be leading the current opposition alliance in Malaysia. His return has stunned the nation. The general elections will be held in August 2018.

The nation boasts one of south-east Asia's most vibrant economies, the fruit of decades of industrial growth and political stability. Malaysian citizens have on average an affluent lifestyle. Despite government policies to increase income per capita in order to hasten the progress towards high income country by 2020. Academic research by the IMF and World Bank have repeatedly called for structural reform and endogenous innovation to move the country up the value chain of manufacturing into allowing Malaysia to escape the current middle-income trap.

The country has benefitted from its robust growth in manufacturing. Its economy has also grown due to the nation being a major tourist destination.

Mahathir bin Mohamad was the fourth Prime Minister of Malaysia. He served in office from 1981 to 2003. He is currently the longest-serving holder of that office. His political career spanned more than 70 years since he first joined a newly formed UMNO in 1946. When he was the Prime Minister, Malaysia experienced a period of rapid modernization and economic growth. His government initiated a series of bold infrastructure projects. He has remained a dominant figure in Malaysian political landscape having won five consecutive general elections and fending off a series of rivals for the leadership of UMNO. 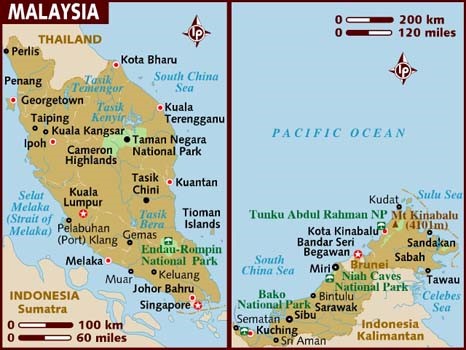 Mohamad had noted that his return to the politics was triggered by his motivation to remove the current Prime Minister, Najib Razak, from power. In an interview with CNN he stated, “I think it's a job I have to do. I cannot accept this country being destroyed by selfish people who only think about themselves... who steal money. They [the political opposition parties] have not been able to get rural Malay votes. They had a majority of popular votes in 2013, but they were not able to get [the] constituencies with Malay voters. They think I can.”

Mohamad, in particular is known for viciously and harshly criticizing other politicians. In particular, he has torn into Razak in the past for his policies and his governance. Mahathir, who said he attacked his successors because 'they were doing wrong things,' told CNN he doesn't mind "being used by the opposition" to oust Najib, who for years has been embroiled in accusations that hundreds of millions of dollars were stolen from state investments. Najib has been accused of siphoning money from the investment fund after $681 million was transferred into his accounts.

In one of the more surprising turns, Mohamad is running for office alongside Anwar Ibrahim. Ibrahim was once his deputy but was sacked in 1998. He was then later jailed for six years on sodomy and corruption charges. Ibrahim, who led the opposition in the 2013 elections, was again jailed in 2015 on charges he says are politically motivated. The two men have put their differences aside with the goal of pulling Najib from power.

Our assessment is that Mahathir’s return to politics is likely to be temporary and only until Anwar Ibrahim is able to run for office on his own. Mahathir has agreed that should he win the election, he will try and seek a pardon that would allow Anwar Ibrahim to take over the premiership.