Amid rising tensions in the Middle East, French President Emmanuel Macron made an unscheduled visit to Saudi Arabia. During his meeting with Saudi Crown Prince..

Amid rising tensions in the Middle East, French President Emmanuel Macron made an unscheduled visit to Saudi Arabia.

During his meeting with Saudi Crown Prince Mohammed bin Salman, he reportedly emphasized the importance of Lebanese sovereignty to France.

In November 2017, King Salman ordered the establishment of a new anti-corruption commission and named his 32-year-old son, Crown Prince Mohammed bin Salman, to lead it. Within 24 hours, authorities rocked the Middle East. Four ministers in the country along with 17 princes were sacked and detained. This includes well-known billionaire investor Prince Alwaleed bin Talal.

Due to its complex communal make-up and geopolitical location, Lebanon is in centre of many Middle Eastern conflicts. It may be a small nation but the fact it shares its borders with Syria and Israel it is home to a lot of violence. Shia Muslims, Sunni Muslims, Christians and Druze are the main population groups in a country that has been a refuge for the region's minorities for centuries. In 2008, the Saudi Foreign Minister, prince Saud Al Faisal secretly proposed setting up an Arab military force to fight Hezbollah in Lebanon with the help of the United States, UN and NATO. 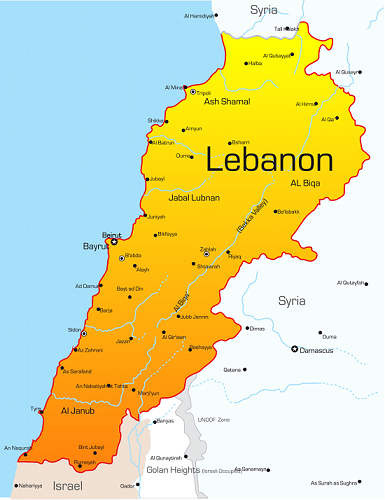 Lebanese Prime Minister Saad Hariri abruptly announced his resignation from the Saudi capital of Riyadh. His resignation sparked a political crisis in the region and brought back to the forefront and he claimed that his life was threatened. Al-Hariri accused Iran and Hezbollah of dominating Lebanon, adding: “We are living in a climate similar to the atmosphere that prevailed before the assassination of martyr Rafik Al-Hariri. I have sensed what is being plotted covertly to target my life.” Tellingly he announced his resignation from Riyadh. Hariri's father and former prime minister Rafik was killed by a bomb in 2005 in an attack widely blamed on Hezbollah. In addition, Saudi Arabia stated that Lebanon had declared war on them, due to the alleged aggression of Hezbollah.

In the recent days, Saudi Arabia has ordered its citizens to leave Lebanon. This has escalated a regional standoff with Iran centred on the fragile state, which it claims is being run by Tehran’s proxy, Hezbollah. France and Lebanon enjoy friendly relations and France has often provided support to the Lebanese. Lebanon is a former French colony and the French language is widely spoken fluently throughout Lebanon and is taught as well as used as a medium of education in many Lebanese schools.

As tensions continue to escalate to the region, French President Emmanuel Macron made an unscheduled visit to Saudi Arabia. He was in the United Arab Emirates for the opening of the Louvre Abu Dhabi, a spin-off of the famous Paris art museum. From UAE, he headed to Saudi Arabia. He said that it was important to “emphasize the importance of Lebanese stability and integrity". He added, “My wish is that all Lebanese political officials live freely in Lebanon... which means having a very demanding stance on those who could threaten any leader.”

He is said to have met with Saudi Crown Prince Mohammed bin Salman in Saudi Arabia.  “They discussed the situation in Lebanon following the resignation of Prime Minister Hariri,” the French presidency said. “President Macron reiterated the importance France attaches to Lebanon’s stability, security, sovereignty and integrity.” The French president added that he had been in informal contact with Saad Hariri.

Our assessment is that Macron has made the unscheduled visit to diffuse tensions as they continue to build up in the Middle East. There are growing concerns that Middle East could become the theatre for escalated armed conflict. Saudi Arabia’s orders to its citizens to evacuate Lebanon adds to these fears.