Brazil’s former President Luiz Inacio Lula da Silva continues to be embroiled in legal problems. A federal judge has seized his passport and has banned him from leaving the country..

Brazil’s former President  Luiz Inacio Lula da Silva continues to be embroiled in legal problems. A federal judge has seized his passport and has banned him from leaving the country.

Earlier in January 2018, Brazil an appeals court in the country upheld the July 2017 corruption conviction.

Brazil, in South America, is one of the world’s biggest democracies. From 2000 to 2012, the country’s average annual GDP grew at a rate of over 5%. In 2012, the economy surpassed that of the United Kingdom, temporarily making it sixth largest economy in the world. In 2017, it was reported that it was in the midst of its worst ever recession. The growth rate is now 8% lesser than it was in December 2014. However, it still remains one of the most influential countries in the region.

Former President Lula was regarded as the most popular presidents in the history of Brazil. It was during his tenure that a number of economic reforms were introduced and the country had a period of sustained growth. However, his critics regarded him as a polarising figure and labelled him as opportunistic and corrupt.

Politics and politicians in Brazil have long been mired by allegations of corruption.  Federal prosecutors in the nation have will be opening fresh inquiries into the conduct of eight ministers in the currently serving in President Michel Temer’s Cabinet. There are also inquires to be held into 24 senators and 39 lawmakers in the lower house of Congress.

In July 2017, Lula was convicted on charges of money laundering and corruption. The politician was sentenced to nine and half years. Lula was found guilty of having accepted bribes worth $1.2 million from an engineering firm OAS SA. Prosecutors of the case have said that this money was used to renovate a beach house owned by the former president. Lula is said to have helped the firm secure lucrative contracts with the state oil company. 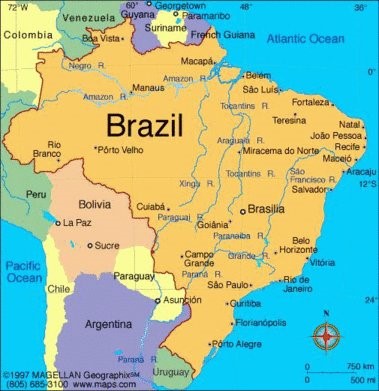 There are multiple investigations against the former Brazilian President. Earlier in January 2018, Brazil an appeals court in the country upheld the July 2017 corruption conviction. In addition, the appeal court’s three judges added two years to the 10-year jail sentence. He spoke at a rally shortly afterward and stated that he will still be contesting for the Presidency. "I know I haven't committed any crime," he told thousands of his supporters. He can still appeal to the nation’s Supreme Court.

Now, a federal judge in Brazil has seized his passport and has banned him from leaving the country. The current development is due to an investigation by over allegations that Lula illegally that the former President lobbied on behalf of a Swedish firm that sold military jets to Brazil.

Lula’s lawyer Cristiano Zanin has expressed that the judge’s ruling is “shocking” but the former President will hand over his passport. The decision came just a day before he was set to visit Africa.  “He won’t travel now,” Lula spokesman Jose Chrispiniano said, adding that the former leader had planned to attend an African Union conference in Ethiopia. Presently, Lula still remains the popular choice to win the country’s upcoming general elections. However, if his appeal is upheld, then he won’t be able to run for Presidency with a conviction.

Our assessment is that the legal woes of former President Lula will hurt his chances during the upcoming general elections which will be held in October 2018. He has maintained that the criminal investigations are politically motivated. However, there is a greater problem that needs to be addressed. The past few years have exposed large scale corruption in Brazil. We also believe that Lula’s disqualification will create a leadership vacuum that lies in the heart of Brazil. Even his longtime rival, former President Fernando Henrique Cardoso, will be bad for the country. The candidate who is second in the polls is Jair Messias Bolsonaro, a former military captain, whose views will make Mr Trump’s tweets seem mild.