In the communications sphere, satellites represent the future. Their competition with terrestrial technologies is reminiscent of the rivalry between centralised and distributed systems in the computing field.

As can be recalled, during the early stages of computing, centralised systems had dominated the market. With the introduction of personal computers, however, distributed computing gained the upper hand. In the coming years, actors that devise better technology and frontend systems will lead the way for all their peers.

This principle is true in the communications segment as well. Initially, landline phones were exceedingly popular among consumers. It was then overtaken by space technology in the 1980s, which in turn, was replaced by the era of smart phones. Now, the world is poised to move onto the next phase, where projects like Starlink can leverage satellite technology and enhance internet connectivity.

Against this backdrop, the critical question is whether satellites and other space-linked platforms will replace conventional broadband connectivity in all devices, including mobile phones. A pioneer like Mr. Elon Musk, who always thinks well into the future, would have certainly contemplated this possibility

Responding to this, Ms. Cooper observed that satellite broadband will be an important contributor in places where fibre networks or other terrestrial infrastructure cannot provide services on their own. For example, there may be sites that are difficult to connect with fibre because of their geographical terrain. Alternately, there could be places where very few customers can be reached at the end of a cable.

In such cases, the solution will lie in a mix of technologies. It will, however, be imperative to put in place policies and practices that allow multiple systems to coexist, even while sharing scare resources like frequencies.

When the Global Positioning System (GPS) was invented, it was observed that many countries preferred to establish their own navigational systems. It remains to be seen whether this trend will be witnessed in the case of satellite internet constellations as well. It will be important to have a universal network in place, that treats satellites as global assets and prevents congestion in space.

Adding to this, Dr. Kiran Kumar observed that many service providers integrate multiple systems in their gadgets, even though certain countries have devised their own GPS. This reduces the likelihood of services being withheld due to excessive control exercised by a particular entity. 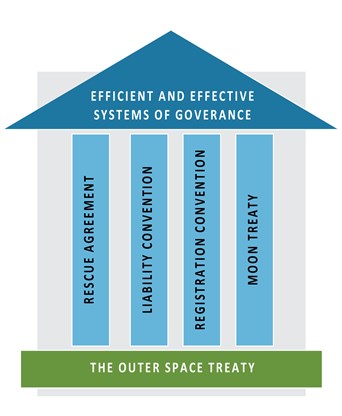 In any case, non-geostationary satellites (NGSO) have global coverage. It is not the argument that every country or group of countries should bring in their own NGSO systems. It is true, however, that companies bringing in platform capabilities may dominate this sphere. Therefore, it will be important to effectively manage this from a security point of view.

Dr K.D. Nayak has served as a distinguished scientist at the Defence Research and Development Organisation. He was also the former Director of the Advanced Numerical Research and Analysis Group (ANURAG) at Hyderabad, India. This article is written by the Synergia Research team based on insights shared by the expert at the round table titled ‘Empowering the Internet through Space: Limitations, challenges, and the future’ on 21 January 2021.