Lessons from the Global Vaccination Drive

From distribution mechanisms to questions over some of the vaccines themselves, the global drive should constantly learn and evolve.

Up till 13th March, 355 million doses of COVID-19 vaccines have been administered the world over. The U.S. leads with 105 million vaccinated, followed by 49 million in the EU. In India, roughly 30 million have received the vaccine.

The Indian government aims to have 250 million priority people vaccinated by the end of July -- these being those over 60 and those from 45- 60 years with specific comorbidities. However, the vaccination drive has been slow due to some hesitancy over vaccination. Yet, so far, India faces no shortages of vaccines. The price of Covishield, developed by the Oxford University and AstraZeneca, is due to be reduced to ₹160 per dose (including taxes) from ₹250 earlier, per revisions by the health ministry.

The Novavax vaccine, made by a U.S.-based biotechnology company, announced an efficacy of 96.4% in its phase 3 trial in the UK, something that Synergia Foundation had predicted earlier.

The COVAX initiative aims to ensure that 92 middle and low-income countries also get equal access to the vaccines, just as higher-income and self-financing countries are managing to do so. Yet this process has been distinctly slow. Ten countries accounted for the COVID-19 vaccinations given through mid-February, a sure sign that the race to vaccinate the world is not on an even footing.

Issues of vaccine nationalism are still rife, with the lower-income countries still struggling to get their share. As a part of the COVAX initiative, the West African nations of Ghana and Cote d'Ivoire have become the first and second recipients, respectively, to receive doses.

There is also the issue of the vaccine being wasted and disposed of, with most reports coming in from the U.S. The vaccines have a short shelf life, as they are stored at very low temperatures. Once they are thawed out for use, they can't be refrozen. Due to federal and state mandates, they can't then be redistributed and thus end up being disposed of. This validates the WHO advisory issued in 2005, that up to 50 per cent of the vaccines released each year globally, end up being thrown away due to supply chain problems. 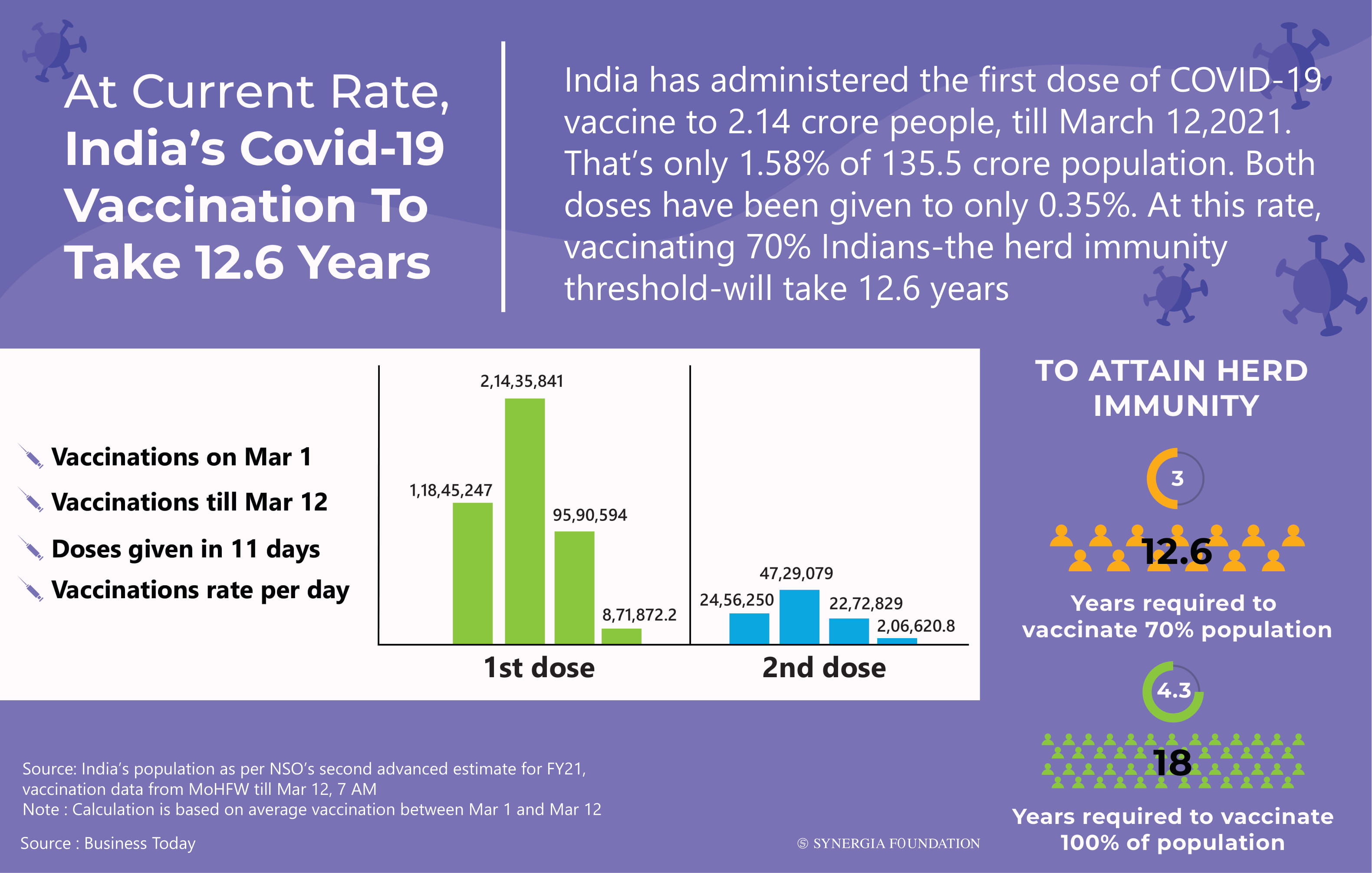 Oxford-AstraZeneca's vaccine has come under suspension by many EU countries due to reports of thromboembolic events -- marked by the formation of blood clots -- appearing in those vaccinated. The situation heightened when Denmark decided to suspend the shots for two weeks after a 60-year old woman formed a blood clot and died. AstraZeneca said the drug's safety had been extensively studied in trials, and that the vaccine was safe to be taken. Blood clots can occur naturally and are not uncommon as a side-effect. In the UK, more than 11 million doses of the vaccine have been administered. The European Medicines Agency guesstimates that there have been 30 'thromboembolic events’ among around 5m people who have been given the vaccine.

Additionally, an interim analysis of four randomised controlled trials done in Brazil, South Africa, and the UK suggest now that there is a higher efficacy of 90% in those who received a low dose, followed by a standard dose received 12 weeks apart, from a vaccine efficacy of 62·1% in those who received two standard doses four weeks apart. The UK had earlier decided to first inoculate everyone with one dose and then wait for 12 weeks, yet this same trend isn't being followed elsewhere, with most places that administer the AstraZeneca vaccine giving it four weeks apart. 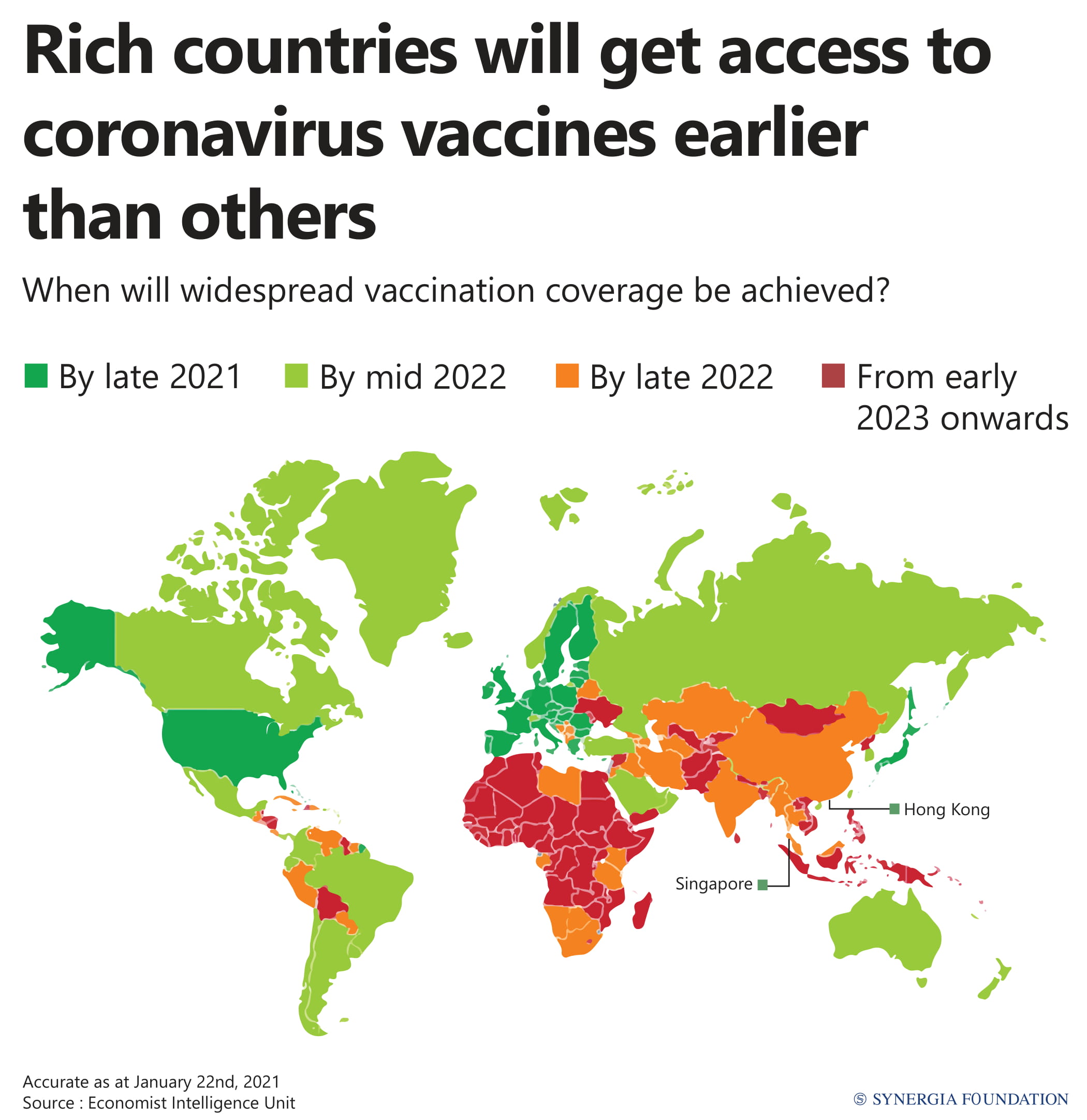 With the vaccination program coming into its full swing in many developed countries, newer vaccines like the NovaVax (a U.S.-based biotechnology company) announced an efficacy of 96.4% against mild, moderate or severe disease caused by the original COVID strain amongst those who are 18-84 years of age, bringing to the fore a new option for people. Serum Institute of India has signed up with the company to make this vaccine as well, with India having brought a billion doses already.

NovaVax is a subunit vaccine; the template is a tried and true method for generating effective vaccines. It is in use in modern flu vaccines, HPV vaccines, and HepB vaccines. Since the vaccines make up two parts - the spike proteins and the adjuvant, they typically take longer to make than other vaccine types.