The legacy of Yitzhak Rabin

Israeli President Reuven Rivlin has said that the assassination of former Prime Minister Yitzhak Rabin was an act that “didn’t just eat away at Israeli democracy, but ripped..

Israeli President Reuven Rivlin has said that the assassination of former Prime Minister Yitzhak Rabin was an act that “didn’t just eat away at Israeli democracy, but ripped apart its very fabric.

The Oslo Accords are a set of agreements that were signed between the Government of Israel and the Palestine Liberation Organization (PLO). The Oslo I Accord was signed in Washington, D.C., in 1993. It was aimed at bringing peace to the region. It resulted in the creation of a Palestinian Authority tasked with limited self-governance of parts of the West Bank and Gaza Strip. The Oslo Accords, however, did not create a Palestinian state.

Yitzhak Rabin was the fifth Prime Minister of Israel. Born in 1922, in Jerusalem, he served was elected to serve as the Prime Minister twice in the country. His first term was after Golda Meir resigned from 1974-1977. He was elected for the second time in 1995. It was during his tenure as the Prime Minister, when the Oslo Accords came into existence. The agreement was deeply polarizing in Israel – there were those who supported it and those who deeply criticized the move. For his role in the creation of the Oslo Accords, Rabin was awarded the 1994 Nobel Peace Prize, along with Yasser Arafat and Shimon Peres.

On November 4th, 1995 Rabin was attending a pro-Accords rally. When the rally was over, as he was on his way back, he was assassinated by Yigal Amir, a right-wing extremist who opposed the signing of the Oslo Accords. Amir fired three shots at Rabin with a semi-automatic pistol.

Rabin’s assassination caused deep ripples in Israel and across the world. Hundreds of thousands of Israelis congregated at the place of his assassination to hold candle light vigils and mourn him. After his assassination, his daughter Dalia Rabin-Pelossof entered politics. He was Israel’s Deputy Minister of Defense in 2001. 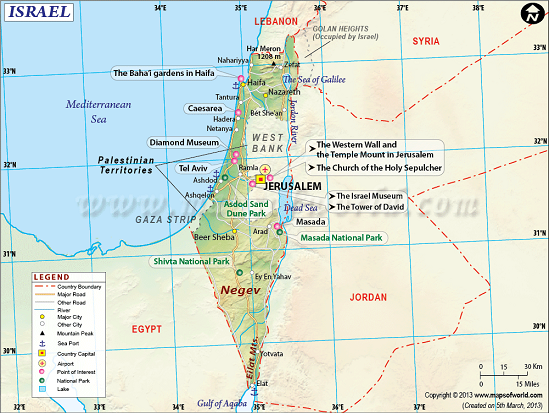 Thousands came together in November 2017, to attend the memorial of the Yitzhak Rabin. It was attended by Labor stalwarts including past and present members of Knesset and past government ministers. Among them were opposition leader Isaac Herzog, Amir Peretz, Hilik Bar, and Danny Yatom. The state had organized a number of commemorations for the late Prime Minister.

Israeli President, Reuven Rivlin spoke at the memorial stating, “We have been trying to heal the breach ever since, and will continue to do so. The grief is shared by us all.” He went on, “A democratic society is like a broken vase. Free speech reveals the contradictions, clarifies positions, and tests the ties between the broken parts. We must not be naive, or believe that all will be well. Even if our institutions are in need of change and reform, we must not give up on them or allow them to be undermined.”

Yuval Rabin, the son of the late Prime Minister has emerged as a sharp critic of Benjamin Netanyahu. In the recent years, Netanyahu has been criticized for allegedly undermining democracy by trying to silence critics and the press. Rabin made a veiled reference to the current Prime Minister noting, “Yitzhak Rabin did not work against the democratic rights of those who opposed him, or tried to silence those who opposed him. He never fled from responsibility and never whined. Those who opposed him most strongly always found his door open when they came to him. Even when he was exposed to waves of the most terrible incitement he was the prime minister for everyone. That is not how things are today.”

Netanyahu, who also commemorated the life of the former Prime Minister, called for “national reconciliation” in an extraordinary moment. He said, “You challenged me, and I took up the gauntlet. I call for national reconciliation and brotherhood. I have done it many times before, but in light of your moving call, I repeat this message with all my might. I call for unity, based around the security and political principles shared today by the majority of the nation.”

Our assessment is that Rabin’s assassination in 1995 was an indication of just how violent and unstable the region was. It was also, as the Israeli President stated, an attack on democracy and its systems. Perhaps Benjamin Netanyahu’s call for unity is the much needed sentiment required to ensure peace in the region.