Language Is the Key

Under international law, as a general principle, tax matters are considered to be arbitrable. In investor-state disputes, however, specific questions pertaining to their admissibility will depend on the language of the treaty.

Historically, most international investment agreements have not created any exceptions for tax disputes. Over the years, however, many of them evolved to incorporate provisions that wholly exempt tax matters or carve out specific parameters for their application. Defining the scope of ‘tax’ was another way of putting limitations in place. Such ‘exceptions’ and ‘exceptions- to-exceptions’ have created multiple layers of complexity, which must be deftly manoeuvred by an arbitral authority while determining the scope of its jurisdiction. However, if a tribunal determines that the dispute is not really about the imposition of tax but is about an abuse of power by the government, it may nevertheless proceed to arbitrate such matters. This is where principles like Fair and Equitable Treatment (FET) and non-discrimination assume special relevance. Some regimes have additionally dealt with the intersection of double taxation treaties, domestic statutes, and investment laws by requiring the exhaustion of particular remedies before availing other dispute resolution mechanisms. In other words, matters of admissibility under an investment treaty is determined by what the state parties have consented to, at the time of entering the treaty or through subsequent joint interpretative statements. 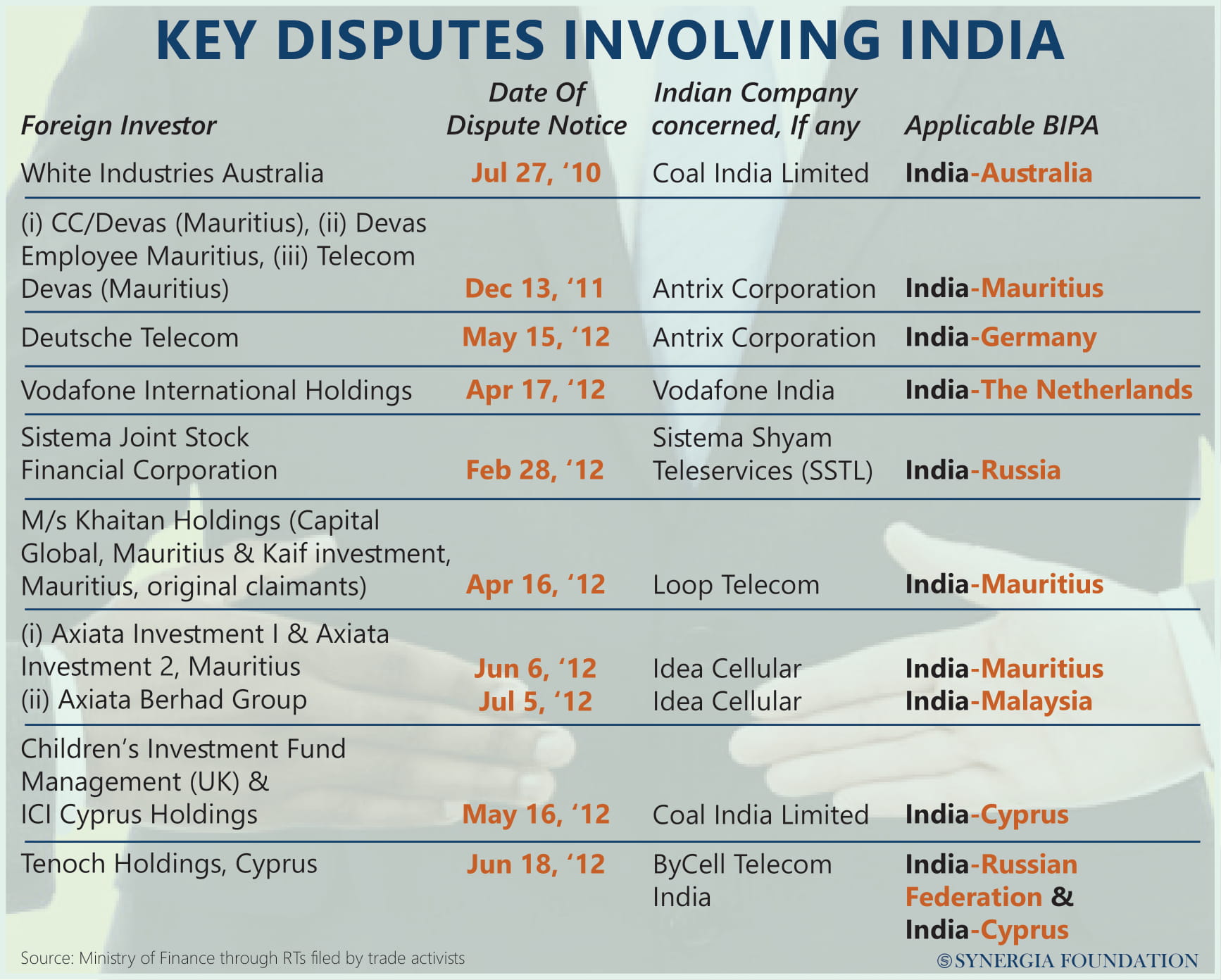 Apart from the admissibility phase of investor-state disputes, arbitrability of tax matters may arise at the enforcement stage. For instance, when investors approach a foreign court to enforce an arbitral award under the New York Convention, governments may argue that tax disputes are not arbitrable under the laws of that particular jurisdiction. While there does not appear to be any data on the success of this strategy, as a matter of principle, it is possible to bring such issues of arbitrability at the time of enforcement. Of course, this would not apply in the context of the International Convention on Settlement of Investment Disputes (ICSID), where the right to arbitrate treaty claims has no effect on enforcement mechanisms.

When nation-states become protectionist and over-regulate through new generation treaties, there may be ramifications for their own investors. For example, if a government enters a treaty that limits protections for foreign investors, similar treatment may be meted out to its outbound investments. Therefore, before implementing any measures that completely exclude tax disputes from investor treaties, as India has sought to do with its model Bilateral Investment Treaty (BIT), states must evaluate all long-term consequences.

Steven Finizio, is a Partner at WilmerHale London, with experience in general commercial litigation, international arbitration, and alternative dispute resolution. This article is based on his views at the 102 nd Synergia Forum on ‘Retrospective Tax Law and India’s Global Road Ahead’.