Additionally, in March 2017, then-FBI director, James Comey noted that the agency was also investigating the possible links between Russian government and Trump campaign aides. A lot of the controversy had centred on the appointment of General Michael Flynn as the National Security Adviser. The then Acting Deputy Attorney General Sally Yates (who was also incidentally fired by Mr. Trump), warned the White House that Flynn was likely “compromised” and could be a target for blackmail by the Russians. Additionally, it also came into light that he may have misled the Vice President, Mike Pence, of the nature of his conversation with the Russian Ambassador, Sergey Kislyak.

Fired FBI director, James Comey, during his testimony in front of the Senate Intelligence Committee confirmed that Trump during his meetings with Comey had expressed “hope” that the FBI would drop its investigations against Flynn.  Many lawmakers in the country immediately decried and said that this showed that the White House tried to influence an ongoing investigation and tried to obstruct the course of justice.

There is an ongoing investigation by the Department of Justice (DoJ) on whether the Trump campaign colluded with Russia to disrupt the 2016 presidential elections. DoJ has appointed former head of the FBI, Robert Mueller, to head this investigation. The team is also possibly looking into whether Trump is guilty of obstruction of justice.

Kushner testified in front of Congress in July 2017 and stated that he did not collude with Russia and provided context to the meeting with Veselnitskaya. He said he was unaware of the full extent of Veselnitskaya’s motives and that he left the meeting early. 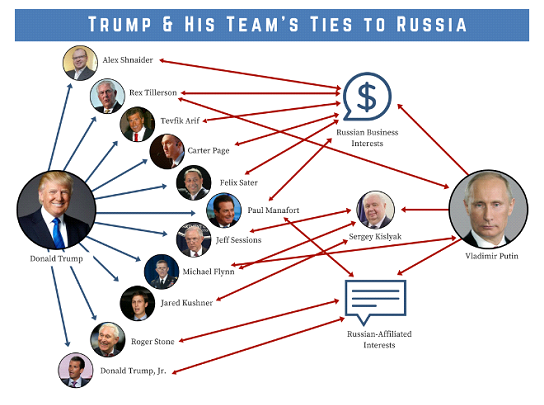 “Likewise, other parties have produced documents concerning a ‘Russian backdoor overture and dinner invite’ which Mr Kushner also forwarded,” said the senators, who are the chairman and ranking member of the Senate judiciary committee. They also told Kushner’s attorney: “You also have not produced any phone records that we presume exist” in relation to several of their lines of inquiry.

There have been growing calls from lawmakers asking for Kushner’s security clearance to be revoked. Kushner’s lawyer, meanwhile has maintained that his client had been “responsive to all requests” made to him by investigators. His lawyer stated, “We provided the Judiciary Committee with all relevant documents that had to do with Mr Kushner’s calls, contacts or meetings with Russians during the campaign and transition, which was the request. We also informed the committee we will be open to responding to any additional requests and that we will continue to work with White House Counsel for any responsive documents from after the inauguration. We have been in a dialogue with the committee and will continue to do so as part of Mr Kushner’s voluntary cooperation with relevant bipartisan inquiries.”

The letter comes after Donald Trump Jr revealed that he had direct communication with WikiLeaks through private Twitter messages during the campaign.

Our assessment is that increased scrutiny of Kushner and Donald Trump Jr would directly implicate the US President. Kushner still is a Senior Advisor to the White House in addition to being the President’s son-in-law. Mueller’s investigation could possibly bring down the Trump Presidency.