Three electoral commissioners have resigned from Kenya's Independent Electoral and Boundaries Commission (IEBC). The IEBC’s CEO is currently under..

Three electoral commissioners have resigned from Kenya's Independent Electoral and Boundaries Commission (IEBC). The IEBC’s CEO is currently under investigation over “procurement matters”. Last year’s Presidential elections were heavily disputed. President Uhuru Kenyatta, whose campaign had ties to Cambridge Analytica, had to re-run in order to be voted in. Opposition leaders have claimed that Kenyatta’s victory was undemocratic.

Kenya is a country on the east African coast, known as “the cradle of humanity”, due to archaeological evidence of what may be the earliest human ancestors from 3.3 million BC. Some of the earliest known inhabitants of the region are the Bantu people. Kenya has historic trade ties to the Arab world, Persia, and India. European exploration in the region began in the 1800s, and the British Empire established the East Africa Protectorate in 1895. In 1920, it became the Crown Colony of Kenya. Kenya gained independence in 1963. Today, the country has a population of over 47 million.

On the 8th of August, 2017, Kenya went to the polls to elect their next president. It was one of the most hotly contended elections in the country’s modern history. The two main contenders were President Uhuru Kenyatta, and Raila Odinga, leader of the National Super Alliance (NASA). Kenyatta won the 2017 elections to continue his second and final term as President. Kenyatta is the son of Jomo Kenyatta, Kenya’s founding father and reportedly the richest man in Kenya.

Kenya’s Chief Justice David Marega annulled the results on August 8th, 2017. The judge who presided said, “[The election commission] failed, neglected, or refused to conduct the presidential election in a manner consistent with the dictates of the Constitution.” The court stated that the results were “neither transparent nor verifiable”. The electoral commission, which refused access to poll data, was held responsible for the mistake. Kenyatta expressed displeasure with the ruling, issuing thinly veiled threats against Chief Justice Marega.

The re-run of the elections took place on October 26th, 2017. Odinga boycotted the race. Kenyatta won the second poll with 98% of the vote on a turnout of only 39%. In November the same year, the Supreme Court upheld Kenyatta’s victory and he was sworn in as President. Odinga in statements since has hinted that the court made this decision under duress and vowed to embark on a campaign to “restore democracy in the country”. 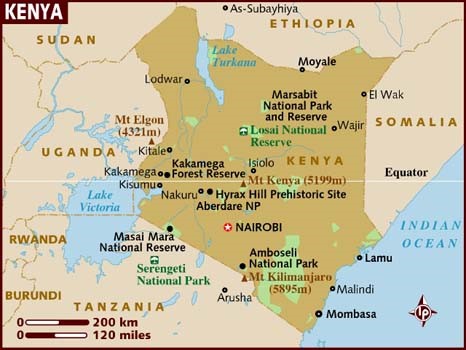 Vice Chairwoman Consolata Nkatha Maina, and commissioners Margaret Mwachanya and Paul Kurgat resigned on Monday, stating that “The events related to the purported vote (to suspend the CEO) have greatly shaken our already feeble confidence in the chair.” They noted that not all six electoral commissioners had been present for the vote to suspend Chiloba.

"The challenges of the 2017 elections call for the commission to self-reflect and to institutionalize best practices. However, the institution has continued to be dysfunctional with arbitrary decision making and leaking of internal documents," the resigning commissioners said in a statement at a news conference in Nairobi.  "The chairman has, in several instances, failed to be the steady and stable hand to steer the commission ship," they added.

The Senate majority leader Kipchumba Murkomen has called for the remaining three electoral commissioners to resign or face investigation. “My call for IEBC Commissioners to resign is informed by recent wrangles linked to the fight for tenders plus control and manipulation of IEBC staff,” Murkomen wrote on Twitter. The IEBC released its own statement stating that the agency’s operations “are on course” and that it “remains focused on delivering on its constitutional mandate."

In 2007, over 1,200 people were killed in a highly disputed poll won by Mwai Kibaki. Electoral violence reportedly resulted in the displacement of over 660,000 individuals. The 2017 elections, won by Kenyatta, were not as bloody. However, the Kenyan Supreme court declared that it “was not conducted in accordance to the constitution and applicable law.” Before the polls, an electoral commission official had been found dead. A week before the rerun, in October, Commissioner Roselyn Akombe, quit as well, claiming that she had been threatened.

Our assessment is that in a democracy, it is important to have transparent and verifiable systems of accountability. The resignation of three electoral officials may add further questions to the murky details of last year’s elections. We believe that this may also affect the stability of Kenya’s key election regulation agency, the IEBC. Its predecessor, the Electoral Commission of Kenya, was abandoned in 2008 after months of controversy. Is the IEBC headed in the same direction?