The brutal rape and murder of eight year old Asifa Bano in Kathua has caused a public outcry in India. Experts have claimed that the brutal attack was also due to..

The brutal rape and murder of eight-year-old Asifa Bano in Kathua has caused a public outcry in India. Experts have claimed that the brutal attack was also due to religious friction between Hindus and the Bakarwal Muslim tribe in the region.

One of the most horrific rape incidents reported in India occurred in 2012. In the city of Delhi, a 23-year-old female physiotherapy student called Jyoti Singh was brutally raped by multiple men and murdered. As she was returning from a movie along with a male friend, a private bus offered the duo a ride. Subsequently, she was beaten, gang raped, and her male friend beaten as well.  The brutality of the attack attracted nationwide protests in India and incurred international scrutiny.

As a result of the protests, in December 2012, a judicial committee was set up to study and take public suggestions for the best ways to amend laws to provide quicker investigation and prosecution of sex offenders. After considering about 80,000 suggestions, the committee submitted a report which indicated that failures on the part of the government and police were the root cause behind crimes against women. In 2013, the Criminal Law (Amendment) Ordinance, 2013 was promulgated by President Pranab Mukherjee, several new laws were passed, and six new fast-track courts were created to hear rape cases.

At least 34,651 cases of rape were reported across India in 2015, according to statistics released by the National Crime Records Bureau (NCRB). Victims knew their alleged rapists in 33,098 of the 34,651 reported rape cases, or 95.5 percent, according to the figures.

The Bakarwal are a nomadic tribe based in the Pir Panjal and Himalayan mountains of South Asia. They are mostly Sunni Muslims. They are traditionally, and still mainly, goatherds and shepherds. They are found in the entire Kashmir region between India and Pakistan, and in the Nuristan province of Afghanistan. 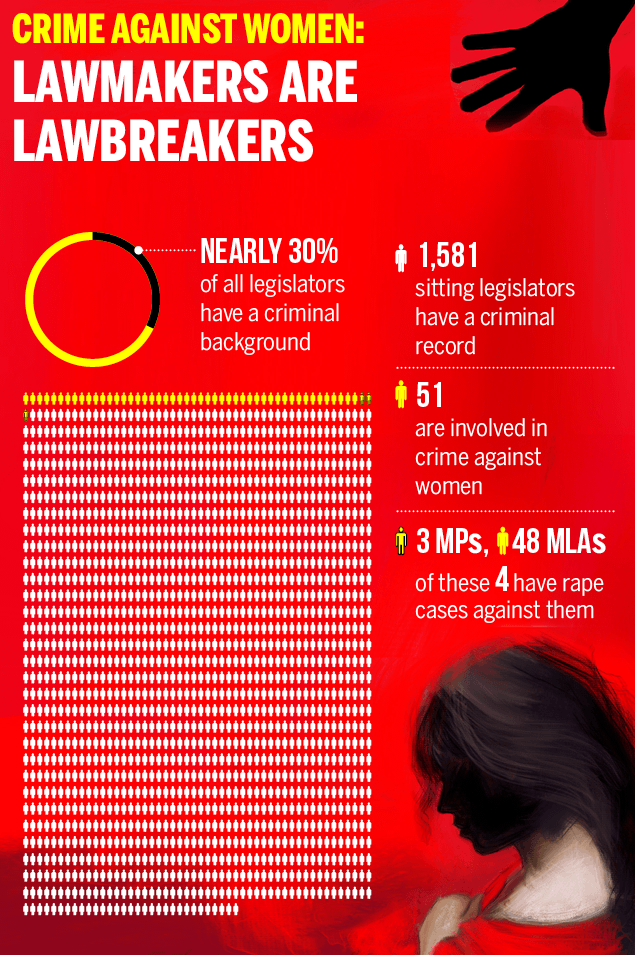 In January 2018, an eight-year-old girl, called Asifa Bano went missing in Kathua. She had disappeared for a week before villagers spotted her body. It emerged that she had been abducted and repeatedly raped through that period before being killed. She belonged to the Bakarwal tribe.

In April 2018, the case gained national prominence when Hindu right-wing groups protested over the arrest of eight Hindu men who were implicated in the rape and murder. Details emerged that the abduction and the rape were motivated by religious animosity. The men the police have arrested include a retired government official, four police officers and a minor. They belong  to a Hindu group that was involved in a land dispute with Muslims.

Police stated that the murder was plotted by the custodian in a local temple and that the child had been held captive, drugged and starved within the temple. Asifa’s father, Mohammad Yusuf Pujwala, told the New York Times that he believes his daughter was killed by the Hindu men for the sole purpose of driving her people away.

Members of the police force have also been implicated in the case not only in the attack but also in trying to destroy evidence that would implicate the rapists. Nationwide protests occurred after a mob of Hindu attorneys tried to physically stop police from filing charges against the accused. Two BJP ministers had supported the accused in the case. After a large outcry from the public, they were asked to resign from the party and their positions.

There have been a rise in communal tensions in the region as a result of the attack. Talib Hussain, a member of the Bakerwal community spoke to Al Jazeera noting that there have always been divisions between the Muslim and Hindu communities in Jammu and Kashmir state but it has worsened in the recent years. Asifa's murder was a "well-planned crime to create fear among the Muslims in Kathua and drive them away from their homes in the Hindu-majority area", he said.

Meanwhile, political leaders have since condemned the attack. Congress leader Rahul Gandhi led a midnight candlelight march in Delhi to honor the victim. Maneka Gandhi said that the government will be moving to change the laws. “Am deeply, deeply disturbed by the rape case in Kathua, and all the recent rape cases. I and the ministry intend to bring an amendment to the POCSO Act asking for the death penalty for the rape of children below 12 years of age.”

J&K's director general of police SP Vaid said, “It is a very heinous crime, it can't get worse than this. The Special Investigation Team has done a very professional job and filed the chargesheet, now we hope justice will be done.”

Many have compared this to the Nirbhaya case.

Our assessment is that the rape and murder of Asifa Bano is a complex and nuanced case and should be approached with sensitivity. Not only does it deal with violence against women and children in India, but the crime was communal in nature. It should serve as a wake-up call to legislators and lawmakers in India. The developments in the case also indicates the cover-up that took place even within law enforcement. At the end of the day, we should do everything in our power to protect children from any form of brutality.  Apart from ensuring justice for Asifa, the nation’s leaders should work together to address communal tensions and bring the nation together.