Chinese President Xi Jinping has delivered a three and a half hour speech during the 19th National Congress during which he stated that China was ready to take “centre stage”. The history of China can be traced back to 1500 BC under the Shang dynasty. Much of China’s culture was developed during the Zhou dynasty (1046–256 BC). The Qing dynasty which ruled from 1644 to 1911/12, was overthrown due to a military uprising. The provisional government of the Republic of China was formed in Nanjing on 12 March 1912..

Chinese President Xi Jinping has delivered a three and a half hour speech during the 19th National Congress during which he stated that China was ready to take “centre stage” in the world.

The history of China can be traced back to 1500 BC under the Shang dynasty. Much of China’s culture was developed during the Zhou dynasty (1046–256 BC). The Qing dynasty which ruled from 1644 to 1911/12, was overthrown due to a military uprising. The provisional government of the Republic of China was formed in Nanjing on 12 March 1912.

Much of China’s communist ideologies were shaped by the powerful Mao Zedong. He was the Chairman of the Communist Party of China from its establishment in 1949 until his death in 1976. His theories and military strategies and political policies are collectively known as Maoism or Marxism–Leninism–Maoism. He remains a controversial figure in international politics. He has been credited for driving imperialism out of China and for instituting various systems that drove the Chinese economy to succeed. He is also accused of engineering a totalitarian and repressive regime in the region.

The Chinese National Party Congress convened on October 18th 2017 and will take place over the course of one week. It will decide the immediate future of the nation as leaders of the Communist Party of China come together to discuss the future of the nation. It occurs only once in five years. For a more detailed history of the National Congress, click here. 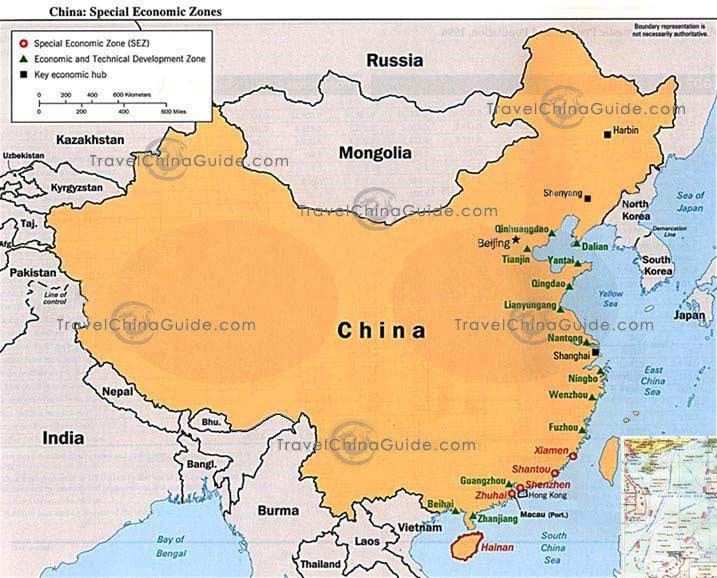 On the second day of the historic National Congress, Xi Jinping, the President of China, address the gathering for three and half hours. More than 2,000 delegates are attending the event. Shortly after the congress ends, the party is expected to unveil the new members of China's top decision-making body, the Politburo Standing Committee, who will steer the country.

Here are the key takeaways from his speech:

During his address, Jinping spoke about how China has formed “socialism with Chinese characteristics for a new era”. The media has dubbed this new though as the Xi Jinping Thought. This concept that Jinping spoke about has 14 elements. The main idea behind it is that moving forward the party will lead every aspect of life in China. The nation is already among the most policed societies in the world.

In the recent years, especially with the introduction of the OBOR project, China has begun to take a more ambitious role in the global politics. Jinping confirmed that it would continue being the trend moving forward. He said that policies would be put into place that will result in China becoming a leading global influence by 2050. He said that he wanted the nation to be a top ranked innovative nation by 2035 with a large middle-income population and narrower wealth gap. China’s soft power should be boosted, he added. By 2050, the nation should become a pioneering global voice.

During his first tenure in the office, Jinping made corruption one of his key mandates. He said that he intends to keep the momentum going when it comes to anti-corruption crackdowns within the party.

Jinping said that the nation will continue building and strengthening its military might. So far it is the largest military. However, Jinping’s has envisioned the most powerful military in the world. He said it would promote national defense and military modernization, including “a modern army, navy, air force, rocket army, and strategic support force, and a strong and efficient command agency for joint operations.”  He added, “A military is prepared for war. All military works must adhere to the standards of being able to fight a war and win a war.” said Xi, “Our army is the people’s army; our defense is national defense. [We must] enhance the education on national defense education, consolidate the unity between the military and civilian, in order to achieve the Chinese dream of a strong military.”

Jinping repeated spoke about safeguarding national sovereignty. He said, “[We will] resolutely safeguard the national sovereignty and territorial integrity and will absolutely not tolerate the tragedy of the country’s split. Any activity aiming to split the motherland will be firmly opposed by all the Chinese people. We have a firm will, sufficient faith, and adequate capacity to defeat any intention of “Taiwan independence” in any form. [We will] never allow any person, any organization, any political party, at any time, in any form, to separate any piece of Chinese territory from China.” He also addressed Hong Kong but used softer rhetoric stating, “[We must] maintain the central authority in Hong Kong and guarantee Hong Kong’s autonomy at the same time. [We must] ensure that the ‘one country, two systems’ policy will not change or deform.”

Jinping allayed the fears of the international community by affirming his commitment to foreign businesses. He said, “The China which has opened up will not close, but will open wider and wider.”

Jinping also highlighted the importance of investing in the interests of the common man. He pledged to create more jobs and bring all provinces which are under the poverty line should climb above that threshold by 2020.

Our assessment is that Jinping has laid out a vision for China that is highly ambitious in its scale. Through his speech, he has also established that he has undoubtedly become one of the most powerful men in the world and the most influential voice in China.