Jinping on par with Mao

Xi Jinping has been revered as China’s most powerful leader since Mao Zedong. China’s ruling Communist Party has unanimously voted to add his name and a political..

Xi Jinping has been revered as China’s most powerful leader since Mao Zedong. China’s ruling Communist Party has unanimously voted to add his name and a political through carrying his name to the party’s constitution.

Born in 1893, Mao Zedong is considered to be the father of Communist China. He was working in University Library when he began to read Marxist literature. In 1921, he became a founder member of the Chinese Communist Party (CCP) and set up a branch in Hunan. He was the Chairman of the Communist Party of China from 1949 until his death in 1976. His theories and military strategies and political policies are collectively known as Maoism or Marxism–Leninism–Maoism.

Zedong has been credited for completely re-shaping modern China and Chinese society. It was during his leadership that much of the nation’s industry came under state-ownership. Additionally, farmers were organized into collectives. Any and all opposition was ruthlessly suppressed and dissent was systematically rooted out. In 1966, Zedong introduced “Cultural Revolution” to remove any so-called impure elements from the society. Some experts state that this campaign resulted in the deaths of at least one-and-a-half million people and much of the country's cultural heritage was destroyed. Zedong passed away in 1976 due to poor health.

Xi Jinping, the current President of China, was born to Communist veteran Xi Zhongxun. Before assuming the highest office in the country, he served governor of Fujian from 1999 to 2002. He joined the powerful Politburo Standing Committee and Central Secretariat in October 2007. By the time he was appointed in the Politburo Committee, it was assumed across political circles that he would be then President Hu Juntao’s successor. Under his leadership, the country has become isolated from the world. There is widespread censorship of the internet.  He has been a key proponent of increasing China’s global influence through projects like One Belt One Road (OBOR). 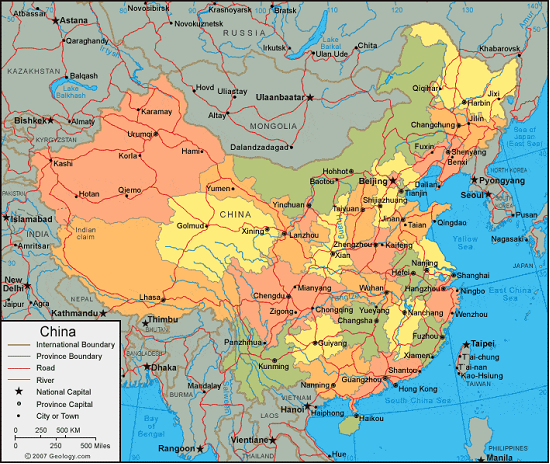 During the most recent edition of the National Congress in China, there has been a unanimous vote to enshrine Xi Jinping's name and ideology in its Constitution. He is the first and only Chinese President to have been afforded this honor while still alive since Mao Zedong. “The congress unanimously agrees that Xi Jinping Thought … shall constitute [one of] the guides to action of the party in the party constitution,” a party resolution stated.

In case of Mao Zedong, his political philosophy was called the Mao Zedong Thought. In a brief address to more than 2,200 delegates, Xi said: “Today we, more than 1.3bn Chinese people, live in jubilation and dignity. Our land ... radiates with enormous dynamism. Our Chinese civilisation shines with lasting splendour and glamour. Our party shows strong, firm and vibrant leadership. Our socialist system demonstrates great strength and vitality. The Chinese people and the Chinese nation embrace brilliant prospects.”

Jinping has been accruing power over the years especially through the nation’s anti-corruption campaign. He has moved to remove any probable challengers to his power and has appointed loyalists in key positions in the party. He is without a doubt, the most powerful man in China, and in the world. Jude Blanchette, an expert in Chinese politics from New York’s Conference Board research group, said: “This is about amassing power and credibility and legitimacy and authority within the system to drive through more effectively what he sees as the right path for China. If you tower above the party, then it is very difficult for anyone below you to decide they don’t want to implement your commands.”

According to media reports, veteran politician Wang Yang will likely become China’s executive vice-premier and Shanghai party chief Han Zheng may head its top political advisory body. Five out of the seven Standing Committee members are due to retire. The five new members of the Committee are likely to be: Li Zhanshu, Han Zheng, Zhao Leji, Wang Yang and Wang Huning. The full list of the seven-member Standing Committee will be revealed on October 25th, 2017.

As we stated earlier, the only person with unfettered power in China is the President Xi Jinping.

Our assessment is that currently there is no other person in China who can challenge Jinping’s power or his authority. He has now been enshrined as one of the most powerful political leaders in the nation’s history. We believe that over the next decade, Asian as well as global politics will be affected by Xi Jinping’s authority and rule.