Japanese steelmaker Kobe Steel has admitted to falsifying inspection data on about 20,000 tonnes of metals. This includes material used in automobiles, and even aircrafts.

Japanese steelmaker Kobe Steel has admitted to falsifying inspection data on about 20,000 tonnes of metals.

This includes material used in automobiles, and even aircrafts. The company has revealed that more cases of such fabrication might surface in the near future.

The quality movement in Japan began in 1946 with the U.S. Occupation Force's mission to revive and restructure Japan's communications equipment industry. In 1950, W. Edwards Deming gave a seminar in Japan on statistical quality control (SQC). In the span of 10 years Japan trained nearly 20,000 engineers in SQC methods, taught methods for statistical analysis and control of quality to Japanese engineers and executives. This can be considered the origin of TQM.

Some of the quality methods employed by Japanese companies are Just in Times, TQM, Kaizen and S5.

Suzuki Shoten was a conglomerate which existed in Japan in and around 1900. In 1905, Suzuki Shoten bought Kobayashi Steel, and it became Kobe Steel. Headquartered in Chūō-ku, Kobe, it is the third largest steelmaker in Japan. Nippon Steel & Sumitomo Metal is the largest steelmaker in Japan and second largest in the world in terms of volume. Toyota, Nissan, Boeing are among the companies that use the products from Kobe Steel.

Japan over the years has prided itself on its reputation for quality manufacturing. It has used this as a selling point over China and other countries that offer cheaper alternatives to goods. The Japan Quality Association (JQA) is responsible for ISO certification. It was established in 1958 as the Japan Management Institute (JMI) under Japan's Ministry of International Trade and Industry for the purpose of export inspection.

However, in the recent years, the manufacturing sector has taken a significant hit due to a series of scandals. One of the largest scandal was the Takata Corporation admitting to having covered up facts. The company’s airbags were directly linked to a number of deaths and injuries that had occurred across the world. This resulted in legal action against Takata. In 2017, Takata filed for bankruptcy protection in the US and Japan. It is facing billions of dollars in liabilities over its airbags. 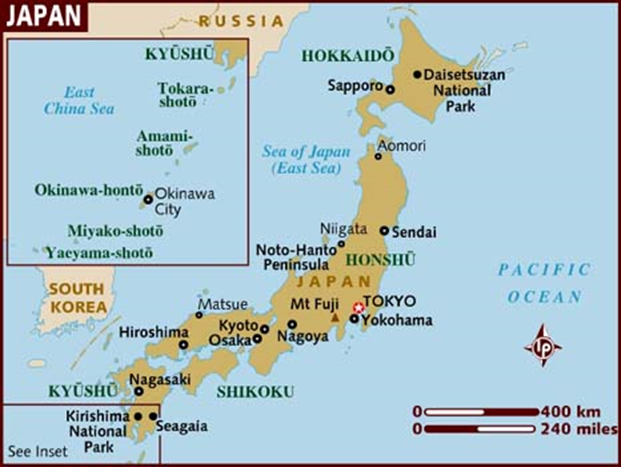 In August 2017, it was reported that Mitsubishi Motors missed employee warnings about widespread cheating on fuel economy data over 25 years. An independent report verified these claims over the Japanese carmaker’s governance failures.

Additionally, Suzuki Motor admitted that the company had been exaggerating the fuel economy of its vehicles by cheating on tests. Nissan announced the recall of 1.21 million vehicles in Japan after it was revealed that unauthorized technicians were carrying out checks.

In October 2017, Kobe Steel revealed that it had falsified data that resulted in affected 19,300 tons of flat-rolled and extruded aluminum products, 19,400 units of aluminum casting and forgings, and 2,200 tons of copper products. This amounts to 4% of Kobe’s output from September 2016 to August 2017.

The company’s deputy president Naoto Umehara, who announced the news apologized adding, “We deeply regret to have caused this serious incident and apologize from the heart for causing so much concern and inconvenience.”

The announcement by Kobe Steel sent ripples of shock among the industry. The number of companies that have been affected by this development is around 200. The falsification had taken place from September 2016 to August 2017. Employees at four of its factories reportedly altered inspection certificates on aluminum and copper products. Toyota, Nissan and Honda have confirmed that Kobe’s aluminum was used in the manufacturing of hoods and doors. GM, Daimler and Boeing are also among those affected.

Toyota said it was “rapidly working to identify if any of our vehicle models may potentially be affected, and via which components.” The company added, “At the same time, we are considering what measures need to be put in place going forward to address this matter. Toyota has long requested its suppliers to be thorough in matters related to compliance. We recognize that this breach of compliance principles on the part of a supplier is a grave issue.”

Kobe's president, Hiroya Kawasaki has admitted that trust in the company has fallen “to a zero”. He also said that there could be more cases of falsified data. Kobe Steel’s shares plunged by almost 40% in the wake of the scandal. More than $1.5 billion of its market value has dropped.

The Japanese government has demanded Kobe to report on the result of its safety checks in the next two weeks. Central Japan Railway said while some Kobe Steel parts for its bullet trains did not meet Japanese industrial standards, there were no safety issues. Boeing has not found any safety issues either. Dozens of employees (some very senior) are reportedly part of this fabrication. However, it is unclear on whether it was intentional.

Our assessment is that Kobe Steel’s announcement has further dented the trust the international community has on the Japanese manufacturing industry. Perhaps it is prudent for the government and these organizations to take a step back and examine why the standards appear to have fallen. Is it because these companies are overstretched? Has maximizing their supply chain compromised their quality standards? Or is it possible that the Japanese are so obsessed with quality standards and have raised it to the 97 percentile that they are unable to compete in the global market. A clear analysis of the situation could yet save the nation’s reputation as a top manufacturing hub for the world.