The Yen has plummeted to its newest low in twenty years, valued 134¥ against the American dollar as of 10th June 2022. Finance Minister Shunichi Suzuki, while acceding that a weak Yen outweighed the benefits to the economy, expressed his helplessness to prevent the slide. As Japanese exports become even more attractive, the flip side is the rise in the cost of energy for which the Island Nation is entirely import-dependent.

With an energy crisis looming on the horizon, will Tokyo be forced to revive its chain of nuclear reactors that have been put in suspended animation for some time now?

Till the Great East Japan Earthquake struck in 2011, Japan's mainstay for power generation was its 54 nuclear reactors producing almost 30 per cent of its electricity requirement. Then the earthquake and tsunami joined forces to start a catastrophic chain reaction which led to the meltdown of three reactors in the Fukushima Daiichi Nuclear power plant. The public distrust of nuclear power was so great that Japanese power companies started decommissioning the reactors. As of March 2021, a decade after the accident, a mere five nuclear power plants remained in operation.

Today Japan has no choice but to rely on imports for 90 per cent of its energy requirements, with the bulk coming from the Middle East and Russia. Just as in 1973, a prosperous and industrious nation like Japan is totally at the mercy of a frenzied oil market. Japanese oil

imports in January this year were about 13.3 kilolitres, of which 4.3 per cent were from Russia. More than 90 per cent of Japanese oil comes from the Middle East.

When President Putin launched his special military operation in Ukraine, the western sanctions were imposed, and Japan as a member of the G7, was one of the leading proponents of using sanctions as a weapon against Russian aggression. Top Japanese oil refining companies like Eneos Holdings and Idemitsu Kosan were under pressure to stop the import of Russian oil. Although oil contracted till February was allowed to be shipped to Japan, future transactions were on hold. The Middle East would have to take the extra slack to meet Japanese demand as the nation looks at short-term and long-term solutions to its perennial oil problems.

In the short term, Japan would be relying mostly on Middle East oil to fill the gap left by Russian oil. However, more importantly, it will have to review its long-term energy policy to reduce its dependence on unreliable oil supply lines based on foreign suppliers.

After the Quad meeting on 24th May, the four nations reaffirmed their commitment to clean energy generation and coal dependency reduction, Prime Minister Kishida announced plans to restore and reopen the existing nuclear power plants. However, just as Japan attempts to detach from its energy reliance on Russia, it faces the challenge of its currency value taking a nosedive. 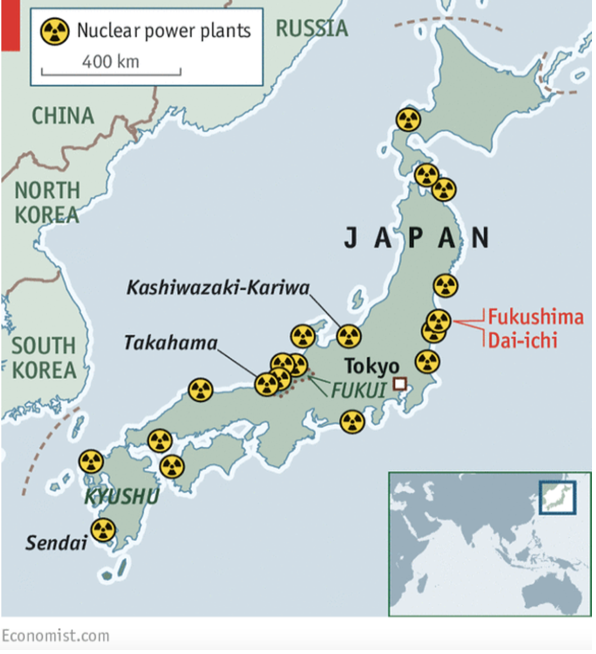 The steep descent in the yen value was primarily due to a widening gap between bond yields in Japan and America.

The monetary policy set by the Bank of Japan is a combination of aggressive quantitative easing, debt monetisation and carry trade practices to keep the yen value low and promote economic growth. A "weak" yen works favourably to increase exports, which account for 16 per cent of the country’s GDP. With low-interest rates, Yen became the third most traded currency and a popular foreign investment tool.

However, a devalued currency spells heavy expenditure for a nation dependent on energy and grain imports. This spirals into a higher cost of living and a reduction in real purchasing power. With a large ageing population, low birth rate, the Fukushima disaster and pandemic, the government sought to stimulate the economy through increased public spending. This has resulted in Japan having the largest public debt for a developed nation at a staggering 266 per cent of its GDP.

A further weakened yen continues to push up import costs, especially for energy, in a resource-scarce and debt-ridden Japan.

Caught in a quandary, the Japanese Finance Ministry has been slow to respond to the challenge. The finance minister, while declaring that stability of the Yen was of national importance, failed to outline any specific strategy to do so. The Bank of Japan (BoJ) also made no move to raise interest rates or tighten the monetary policy to quell inflationary pressures or control the yen volatility. With a clear intention to uphold its open-spigot monetary policy, it appears that the yen weakening is strengthening the government's focus on securing its energy infrastructure.

A devalued yen means the burden of rising food and energy prices is strongly felt by citizens. One would presume there would be strong discontent among the public, feeling a pinch on their pockets. However, there has been renewed public support for energy independence by reopening reactors in the wake of the desire to end reliance on Russian oil and the impending summer storm of energy crunches. The sharp fall in the Yen seems to have the same effect on the public that it did on the government.