Having exhausted and degraded all other frontiers, mankind has now focussed its unwanted attention on space, specifically in the immediate orbit of Earth. Like bees to nectar, an assortment of stakeholders is flocking to space-militaries, mega-corporations, and even tourists- with utter disregard for such activities' impact in these sublime environs.

The world was shocked when on July 31st, without prior notice, a Chinese Long March 5B rocket made an uncontrolled return to Earth over the Indian Ocean. As the spacecraft disintegrated into flaming debris on re-entry, its remnants were ominously spotted over the Western Philippines. The Long March 5B was carrying the Wentian experiment module, a new solar-powered lab to be added to China's Tiangong Space Station.

China's spaceflight programme has grown exponentially during the last decade. President Xi Jinping's plan to transform the country into a space power and placing the Tiangong Space Station in orbit sometime this year would be a vindication of this ambition. The Wentian experiment module was successfully mated in space bringing the Chines space outpost one step closer to completion. The final module is anticipated to launch later this year, where three Chinese astronauts are currently stationed.

China has come under serious condemnation for allowing the Long March 5B cores to end up as large pieces of space debris on all three of the rocket's missions. The very first Long March 5B mission launched in May 2020 landed on the Ivory Coast, causing significant harm to infrastructure in the West African nation. The second launch dumped its rocket remnants into the Indian Ocean.

The group of stakeholders has expanded because of the commercial space market's explosive growth. Over the next few decades, SpaceX plans to launch 42,000 satellites. Numerous other companies, including Amazon's Project Kuiper, the OneWeb Corporation, the Chinese firm Hongyan, and the Canadian firm Telesat, have plans to launch thousands of satellites into Earth's orbit. Hence, this problem is only going to become increasingly severe. 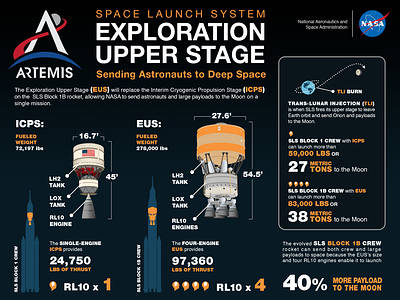 Essentially, two distinct processes are occurring in space; weaponization and militarisation. While the former refers to the introduction of weaponry into space (such as anti-satellite missiles, satellites that can damage other spacecraft, and orbiting weapons directed at Earth), the latter refers to using space-based technology (communication, remote sensing, and navigation) to support military operations. The militarisation of space is now considered a fait accompli. However, weaponization, as per globally accepted norms, hasn't happened yet; the process is still reversible.

If the debris raining on land or sea is one story, those that remain in a space orbit cause far more comprehensive problems. Like in other parts of creation, mankind has not spared space from its polluting influence. Nnaturally occurring meteoroids of varying sizes are part of the space environment and are alleged to have caused the extinction of dinosaurs on Earth from their impact-induced climatic changes. The greater concern are the growing number of artificial orbital junk - non-operational spacecraft, abandoned launch vehicle stages, mission-related junk, and fragmentation debris.

Space is reported to contain thousands of dead satellites and fragments of metal from all the rockets launched. Statistically, over 23,000 pieces of debris the size of a softball are now in orbit around the Earth. They can move up to 17,500 mph, fast enough to harm a satellite or spacecraft, even if it is only a tiny piece of orbital debris. There are around 100 million bits of debris that are.04 inches (or one millimetre) or larger, and there are 500,000 pieces of debris that are the size of a marble or larger (up to 0.4 inches, or 1 centimetre).

Even minute paint flakes can harm a spaceship when moving at high speeds. The first reported incident was in 1996 when a French satellite was damaged by debris from a French rocket that had detonated a decade earlier. Later in 2009, an operational American Iridium commercial spacecraft was destroyed when it collided with a defunct Russian spacecraft. More than 2,300 pieces of big, trackable debris and several smaller pieces of debris were added to the inventory of space junk due to the collision.

A decade ago, more than 3,500 pieces of big, trackable debris and many smaller pieces were added due to China's 2007 anti-satellite test, which involved using a missile to destroy outdated weather satellites. India too came under sharp criticism when it conducted its first-ever anti-satellite test in 2019. It is reported that India has over 103 active and defunct space vehicles in orbit.

Many scientists concur with China that the possibility of debris causing significant damage is improbable. Nevertheless, according to recent research in Nature Astronomy, the potential for someone to die or get injuries due to rocket fragments making an uncontrolled re-entry over the next ten years is one in ten.