Iraq’s early call for elections, which was moved forward from 2022 as a response to the youth-led pro-democracy protests in 2019, has evoked a mixed response. Optimists remain hopeful about an effective long-term change, as the new electoral law has allowed more independent candidates to enter parliament. Is this an indication of new beginnings in Iraq’s young democracy?

In the backdrop of the Tishreem movement and a remarkably young population advocating for change, Iraq has much to gain from a sustained push for democracy. As can be recalled, the movement had protested against the past sixteen years of misgovernance marked by corruption, unemployment and inefficient public services. It had raised demands for a truly independent state, which would bring the intervention of outside forces in Iraq to a halt.

There are many hopes from the new electoral process. The new single-member constituency system is expected to boost the presence of independents, thereby reducing the force of traditional political blocs, which are largely centred around religious, ethnic and clan affiliations. 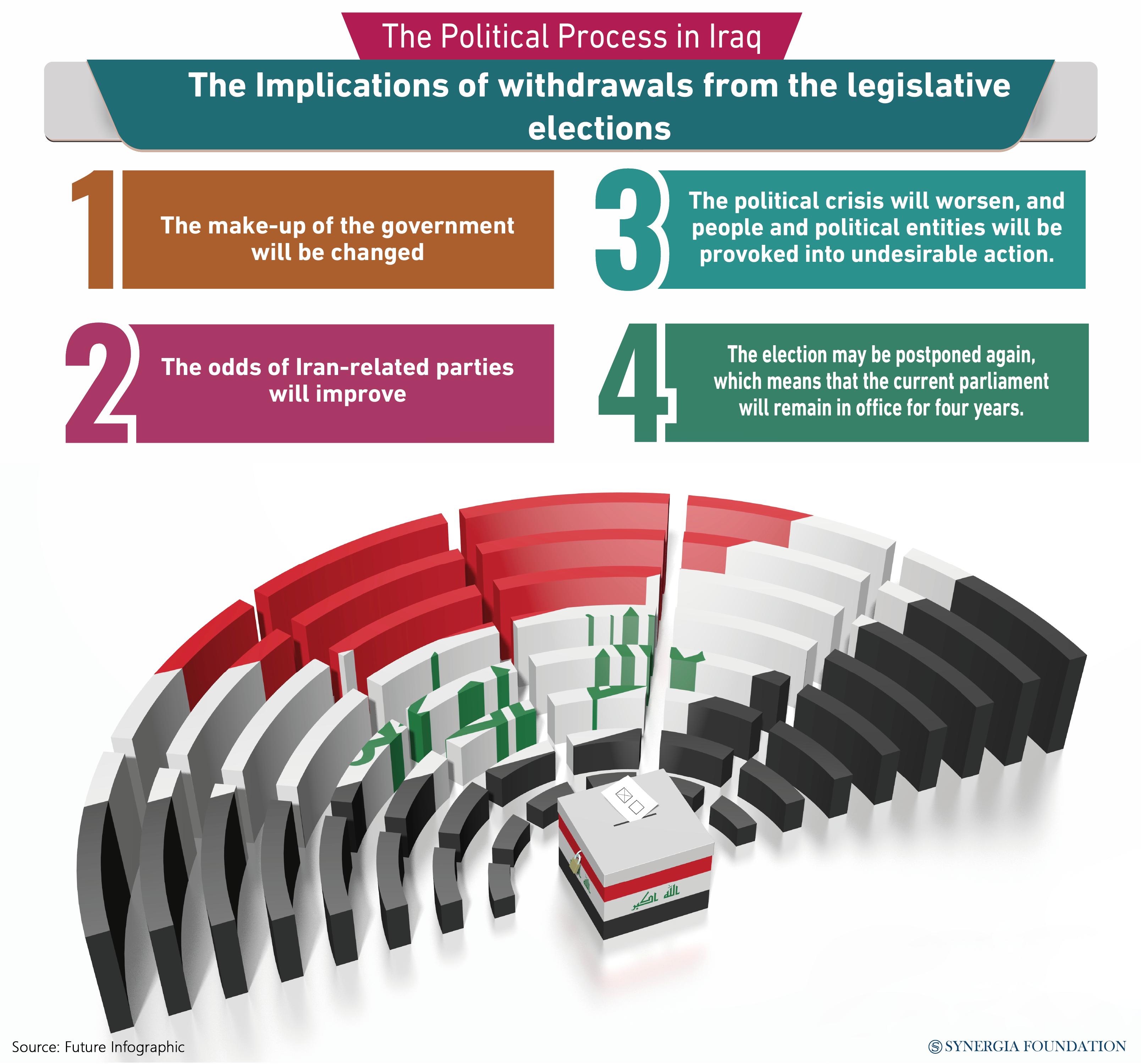 The Iraqi election has turned up a mixed bag of results. It was marked by low national voter turnout. Disillusionment was the writing on the wall, as the preceding years of corruption, ineffectual governance, and nepotism had acted as a strong deterrent for active participation in the democratic process. The Independent High Electoral Commission has officially fixed the turnout at 41 per cent, but evidence from polling stations and anecdotal evidence suggests the numbers to be at about 30 per cent - a more realistic figure.

Two seemingly contradictory trends have emerged post-elections. Firstly, young men and women have stayed away from voting, expressing their disenchantment with the corrupt, violent, and sectarian nature of politics played by Iraq’s establishment. This is effectively displayed in the poor electoral turnout, which has made opposition parties dismiss the election as a ‘sham’.

At the same time, the new elections have ensured that the Tishreen are formally represented in parliament. Currently, they have a meagre of 10 - 20 seats, which may not be enough to shake up the formal power structures. But even this trend signals the potential rise of independents as a meaningful opposition.

Results from the election have thrown up some surprises too, with the vote being largely split between two warring Shi’ite factions. The Shi'ite Muslim cleric Moqtada al-Sadr's party emerged as the biggest winner, with more than 70 (out of a total of 329) seats in parliament. His closest competition, former prime minister Mr. Maliki who lost in absolute terms, quickly rallied together supporters, including militia members who are friendly with Iran. He claims to have overtaken Mr Sadr’s tally. This political bargaining and bitter quarrels between the two Shia blocks will take a while to subside. In the meantime, the pro-Iranian militias represented by the Fatah Alliance, who performed poorly in the election, denounced the results and called on the militia to assemble.

There are regional implications for this evolving political alignment in Iraq. There has been a marked shift from a secular Sunni-dominated dictatorship to a more diffused Shi’a and Kurdish-led political system. Iraq’s traditional leadership position in the Arab world could potentially give way to a multicultural state with expanded ties to both Iran and Turkey.

The evolving relationship between Iraq and Iran is being watched closely by the international community as well as political groups in Iraq. It is anticipated that the empowerment of the Shi’a community might lead to a more balanced Iran-Iraq relationship in the future. Turkey, too could be a strong ally, owing to improved relations between Ankara and the Kurdish Regional Government (KRG). This could act as an effective go-between with the European Union.

Iraq’s democracy is still very nascent and fragile. While the youth have kept up their activism through the Tishreem movement, it is going to be difficult to sustain this momentum, as was seen through the low voter turnout in the recent elections. Even a seemingly marginal threat to Iraq’s democratic polity and society might prove to be destabilizing for the entire movement, owing to its infancy.