Al-Sadr remains the most powerful candidate on the ballot, may be instrumental in forming the government. The Islamic Republic of Iraq is a country situated in West Asia, bordering Iran to the East, Saudi Arabia to the South, Jordan and Syria to the West and Turkey to the North. It has a population of thirty-seven million, with..

Al-Sadr remains the most powerful candidate on the ballot and may be instrumental in forming the government.

The Islamic Republic of Iraq is a country situated in West Asia, bordering Iran to the East, Saudi Arabia to the South, Jordan and Syria to the West and Turkey to the North. It has a population of thirty-seven million, with a federal parliamentary republic system.

Iraq has seen political instability ever since the Invasion of 2003. After more than fifty years under Ba’athist rule, the fledgeling democracy found it difficult to keep the critical state institutions running smoothly. In 2014, the Islamic State in the Levant (ISIL) captured key Iraqi cities in the North, effectively splitting the country in half. After three years of insurgency, Iraqi forces recaptured Mosul and expelled ISIL from Iraqi territory, paving the way for reconstruction and elections. The elections of May 2018 resulted in no clear majority. However, Muqtada al-Sadr, a Shi'ite cleric and his party are the single largest alliance in the parliament with 54 seats. 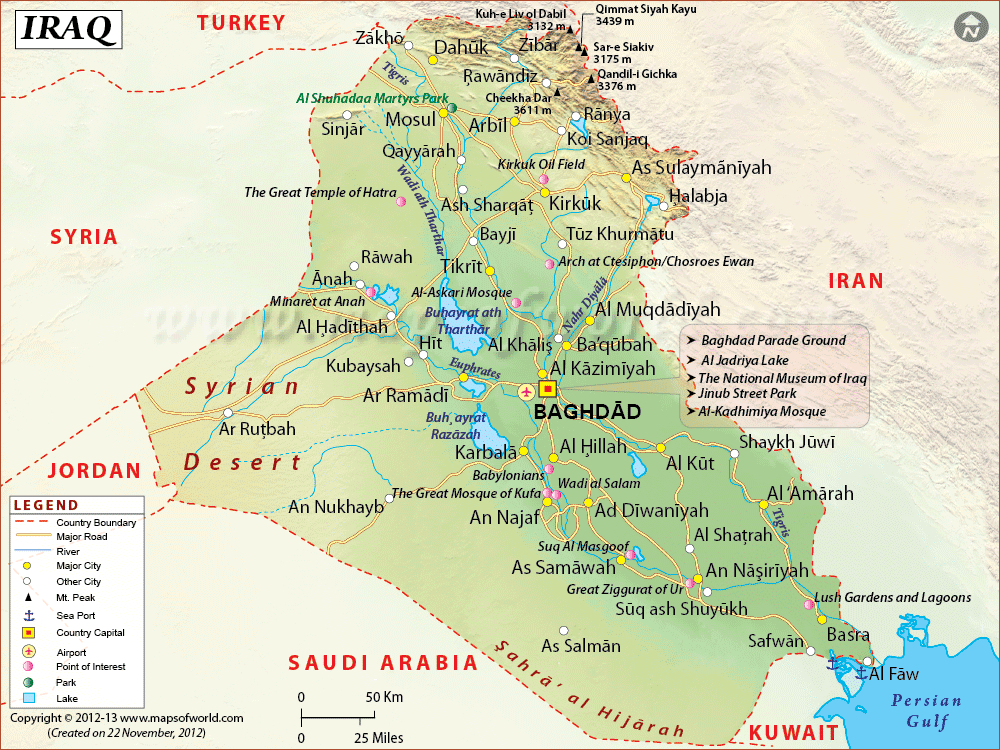 The Election of May 2018 was the first parliamentary election held after the ISIL takeover of Iraqi territory. The incumbent PM Haider al-Abadi may have led Iraq to victory over ISIL but his party remains out of contention unless he can form a coalition with other willing parties. Muqtada al-Sadr remains the most influential person in Iraq, controlling the largest share of seats in the parliament apart from his immense popularity as the cleric who leads the ‘Sadrist’ movement. Al-Sadr enjoys unprecedented influence over the Iraqi people, although he does not and never has held office at the federal level.

A recount was ordered by the Iraqi parliament amidst allegations of widespread fraud. The recount results were declared on August 10, 2018, with no changes to the share of seats of the three leading alliances. Al-Sadr is the kingmaker in Iraqi politics, and although he may not have a clear majority in the parliament, the sheer size of his followers and his influence will enable him to form of a government of his choosing.

Coupled with the low turnout (44.5%) and the fatigue of an insurgency, Iraq remains unstable. The al-Abadi government did a respectable job-fighting ISIL out of the country but not enough was, or is being done for the welfare of the people. Al-Sadr’s appeal is strongest with the poorest members of the Iraqi society, as he frequently cites the improvement of the living conditions of the poor as one of his main campaign promises.

Iraq’s government-forming process is as complex as its demographics; the President of Iraq, a largely symbolic office, is always a person from the minority Kurd population. The powerful position of Prime Minister is reserved for a Shia and the position of the speaker is held in reserve for a Sunni Arab. It remains to be seen if Al-Sadr will choose to become PM or continue on his path of preaching and exercising enormous amounts of influence without holding a position in the federal government.

The recount may have been triggered by allegations of fraud, but this is a genuine opportunity for Iraqi politicians to avoid the mistakes made in the post-Invasion era. The lack of a clear majority implies that no single political party will be able to unilaterally impose legislation on the parliament; rather they will have to negotiate, cooperate and coordinate their legislative efforts to pass the bills on the floor of the house.

Our assessment of the situation is that al-Sadr will be the crucial cog in the wheel for coalition-building efforts from here on. His influence over the people makes him a formidable ally for a government to have, hence his alliance will dictate terms during the negotiations. We also feel that this coalition government will prove to be a beneficial experience for the Iraqi electoral system. We believe Iraq stands a good chance to make a quick, coordinated recovery from the scars of ISIL but it depends on how the political parties negotiate and whether they reach a consensus to form a government.