Iranian Foreign Minister Mohammad Javad Zarif is currently meeting with his French and German counterparts in Brussels to discuss the nuclear deal. The meeting is taking place..

Iranian Foreign Minister Mohammad Javad Zarif is currently meeting with his French and German counterparts in Brussels to discuss the nuclear deal.

The meeting is taking place at the request of the European Union. 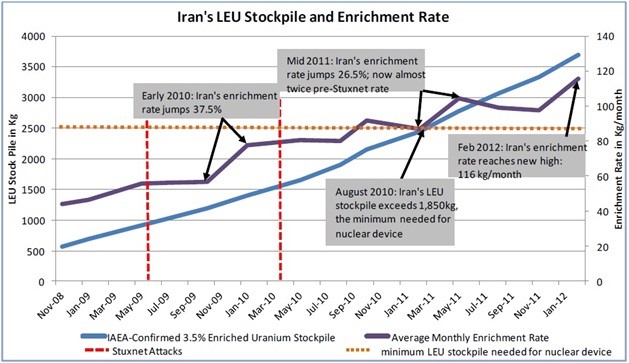 US President Donald Trump has been critical of the nuclear deal and has threatened to back away from it multiple times. He followed through on the threat and notified the US Congress in October 2017 that he would be decertifying the deal. The decision has been condemned by other countries including US allies like France.

In July 2017, EU’s foreign policy chief Federica Mogherini said that the EU has a responsibility to ensure the deal is implemented. She said, “The nuclear deal doesn’t belong to one country, it belongs to the international community. We have the responsibility to make sure that this continues to be implemented.” She has repeatedly been speaking in favor of the deal. She later noted, “There is no need to renegotiate parts of the agreement because the agreement is concerning a nuclear programme and as such is delivering.” She also referenced North Korea noting, “We already have one potential nuclear crisis. We definitely do not need to go into another one.”

Iranian Foreign Minister Mohammad Javad Zarif is currently meeting with his French and German counterparts in Brussels to discuss the nuclear deal. The meeting is taking place at the request of the European Union.

Prior to the meeting, EU released a statement noting, “The EU High Representative Federica Mogherini will convene a meeting with ministers of foreign affairs of E3 countries — France, Jean-Yves Le Drian, Germany, Sigmar Gabriel, and the UK Boris Johnson — and Iranian Foreign Minister Javad Zarif on Thursday 11 January in Brussels. The meeting will take place in the context of the ongoing work to ensure a full and continued implementation of the Joint Comprehensive Plan of Action,” the statement added, using the official name for the deal.”

The EU, which played an important role in brokering the Iran nuclear deal and has enthusiastically championed it even after Trump decertified the deal. This is the first high profile meeting being conducted by a senior member from Tehran and foreign leaders after anti-government protests broke out in Iran. The protests, which have been described as the biggest challenge the country has ever faced, claimed the lives of at least 21 people.

Our assessment is that EU is sending a strong message to Washington that the landmark 2015 nuclear deal between Iran and world powers holds good. Given that the EU member states and Russia are in favor of continuing the agreement, we believe that US will find it hard to delegitimize it. European nations are probably also concerned that if the deal is nullified then it will be difficult to monitor the nuclear activities of Iran.