John Williams, president of the Federal Reserve Bank of San Francisco and sits on the Fed's Open Markets Committee has stated that that the interest rates are likely to be..

John Williams, president of the Federal Reserve Bank of San Francisco and sits on the Fed's Open Markets Committee has stated that that the interest rates are likely to be raised again in December. 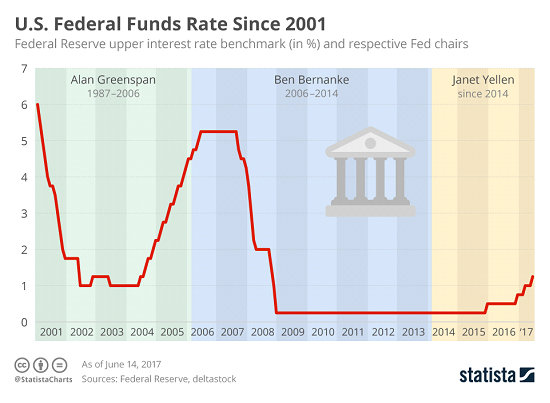 In November 2017, US President Donald Trump made the announcement that he had chosen Jerome Powell to be the next Chair of the Federal Reserve.

John Williams, president of the Federal Reserve Bank of San Francisco and sits on the Fed's Open Markets Committee has stated that that the interest rates are likely to be raised again in December. He said that central bankers globally faced new problems adding, “Due to fundamental shifts in demographics and slower growth. The new normal for interest rates is likely to be much lower in the future than in the past."

Williams also spoke about recession and how monetary policy will be affected during economic recovery stating, “I think this is going to be the big challenge for us going forward - how to operate monetary policy effectively when the normal or average interest rate is 2.5 to 3%. During a recession, the typical response of a central bank like the Fed would be to cut interest rates by five percentage points to stimulate the economy. Well, if you're starting from 2.5 or 3%, you obviously don't have as much manoeuvring room to give the economy a boost.”

Williams also commented on Powell, who is slated to take over from current Chair Janet Yellen in February 2018. He noted that it is unlikely that Powell will change policies drastically. He said he expected her successor, Jerome Powell, who takes over in February next year, to continue "making sure that we have a strong consensus around our policy decisions and strategy". He added, “From my own perspective, I think there will be more continuity than differences in terms of the approach to policy."

On banking regulation, Williams said, “I do think there's areas where many people in the Fed think that we can adjust the approach around supervision regulation of especially smaller or medium-sized banks in ways that will not risk financial stability issues or things like that, but maybe are positive for the economy.”

Our assessment is that it would be an unsurprising move if the US Federal Reserve increases the interest rates as the US economy is growing at a higher rate than expected. In the previous quarter the US GDP grew at an annual pace of 3.1%. On a year-on-year basis, GDP was up 2.3% according to estimates.