New Delhi imported record quantities of oil from West Africa in August, driving up exports to pre-2015 levels. Africa is the world's second largest and second most-populous continent after Asia. It is surrounded by the Mediterranean Sea, the Isthmus of Suez, the Red Sea, the Indian Ocean and the Atlantic Ocean. West Africa’s massive oil refineries..

Africa is the world's second largest and second most-populous continent after Asia. It is surrounded by the Mediterranean Sea, the Isthmus of Suez, the Red Sea, the Indian Ocean and the Atlantic Ocean. West Africa’s massive oil refineries are getting a massive boost in exports thanks to US Sanctions on Venezuela and Iran. The burden of supply has shifted from Latin America’s largest oil supplier to West Africa, particularly Angola and Nigeria.

The recent sanctions on Iran have been reinstated, and the US has warned buyers to stop purchasing Iranian oil under pain of more sanctions. 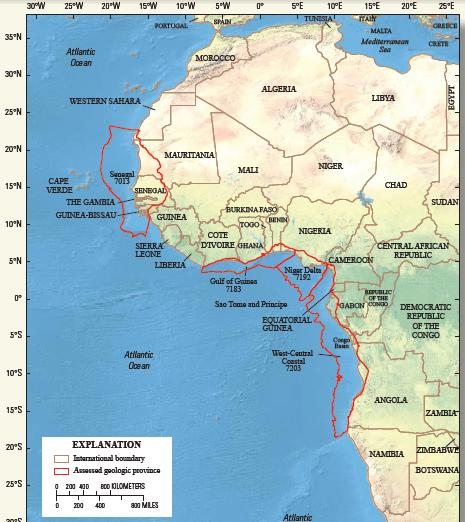 Read more about our extensive analysis on rising oil prices’ impact on the Indian economy here and here.

Indian state refiner IOC took nearly half of the total, while the privately held Reliance Industries took three cargoes, and HPCL and BPCL took one each. Of the 15 cargoes destined for India, at least 9 will hold Nigerian grades, including Qua Iboe, Agbami and Usan.

China’s daily intake dropped to its lowest since May this year at 1.419 million bpd from 1.571 million bpd in July, reflecting a modest slowdown in refinery intake and less favourable shipping economics. About 60% of crude that will head to China is from Angola.

The premium of Brent crude futures LCOc1 to benchmark Dubai futures has widened this month to almost $2.00 from less than $1.00 in late July, while the premium to U.S. crude futures CLc1 has also crept out towards $6.00 from near $2.50 a month ago. The relatively strong performance of Brent futures to other regional benchmarks means it has been cheaper for Asian buyers to take in the likes of U.S. shale or other Middle East grades in lieu of West African grades. However, the drop in the parity of currencies against the U.S. dollar might prompt a decline in procurement from countries like India and China.

India has seen a price increment of 56% while China has seen of 47%, in respect to their local currencies. However, the price of Brent Crude rose by 41% to around USD74 per barrel in the intervening period.

Our assessment is that the conflict between Iran and the US will continue to play a role in the price of oil. However, with the recent threat issued by the US to buyers of Iranian oil, India may find West Africa as a reliable regional supplier. We feel that India is broadening its supply base and looking to secure its energy requirements by procuring from West Africa.