US Secretary of State Rex Tillerson is currently visiting Myanmar to monitor the crisis in the region. Over 600,000 Rohingya Muslims have fled the region..

US Secretary of State Rex Tillerson is currently visiting Myanmar to monitor the crisis in the region. Over 600,000 Rohingya Muslims have fled the region since August amid reports of violence by the military. Tillerson has called for an independent investigation into Myanmar's Rohingya crisis.

According to those who fled the region, a fresh bout of violence erupted in Myanmar on August 25th, 2017. Over 600,000 Rohingya Muslims fled the region as a direct result of it. In September, Myanmar blocked all United Nations aid agencies from delivering vital supplies of food, water, and medicine to those affected. 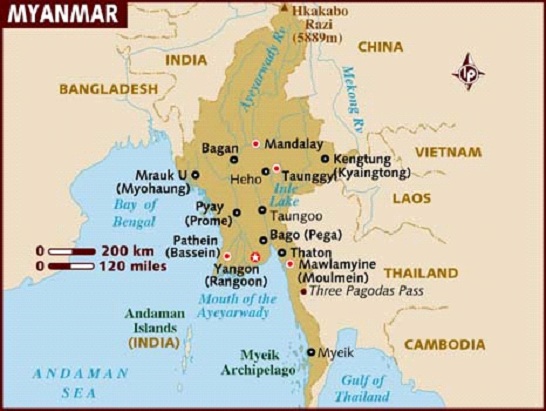 US Secretary of State Rex Tillerson is currently visiting Myanmar to monitor the crisis in the region. Over 600,000 Rohingya Muslims have fled the region since August amid reports of violence by the military. Tillerson has called for an independent investigation into Myanmar's Rohingya crisis.

Tillerson met with the de-facto leader of Myanmar, Aung Sang Suu Kyi and Myanmar's military. Earlier there had been reports that US was deciding over whether or not to impose sanctions on Myanmar as more Rohingya Muslims flee the region. However, Tillerson revealed that sanctions were not on the table stating, “Broad-based economic sanctions against the entire country is not something that I think would be advisable at this time. We want to see Myanmar succeed.”

After his meeting with Aung Sang Suu Kyi and Myanmar's military, Tillerson called for an independent investigation. "Scenes of what occurred are just horrific," he told reporters, adding that it was the biggest crisis Myanmar faced since the transition from military rule. He added, “The US would continue to support Myanmar's transition to democracy, he said, adding: "We want to see Myanmar succeed... I have a hard time seeing how [sanctions] helps resolve this crisis.”

Aung Sang Suu Kyi also addressed the mounting criticism against her. Critics (including former Nobel Peace Prize winners) have condemned her alleged silence towards the atrocities committed against Rohingya Muslims. She has denied that she has been compliant to the crisis adding “I don’t know why people say I have been silent, I haven’t been silent. what people mean is what I say is not interesting enough.”

On Tuesday, the Myanmar army released the results of an internal investigation in which it exonerated itself of blame regarding the Rohingya crisis. However, reports from the ground (including eye witness accounts published in media portals like the BBC) contradict the finding of the official investigation. Amnesty International said the army's report was an attempted "whitewash" and called for UN fact finders to be allowed into the region. It is possibly the reason why Tillerson has asked for an independent probe into the matter. UN's human rights chief said the situation on the ground seemed like a "textbook example of ethnic cleansing".

Our assessment is that the current Rohingya crisis is one of the most severe humanitarian crisis that South Asia has faced in recent times. The lives of hundreds of thousands of Rohingya Muslims who fled the region to countries like Bangladesh now lies in the balance. An independent investigation will be able to provide some key answers.