Imran Khan and the CPEC quagmire

Preferred deals under the China Pakistan Economic Corridor are under the scanner as Pakistan’s ruling party looks to uncover corruption that may have taken place under the previous administration.

The China Pakistan Economic Corridor (CPEC) with an estimated investment of US$ 55 billion is both developmental and strategic in its intent.

The CPEC corridor starts from Pakistan through Gwadar and ends in Kashgar in the Western part of China. It will be connecting areas of Punjab, Sindh, Baluchistan, Khyber Pakhtunkhwa and Gilgit Baltistan in Northern Pakistan to reach Khunjrab Pass and beyond China. 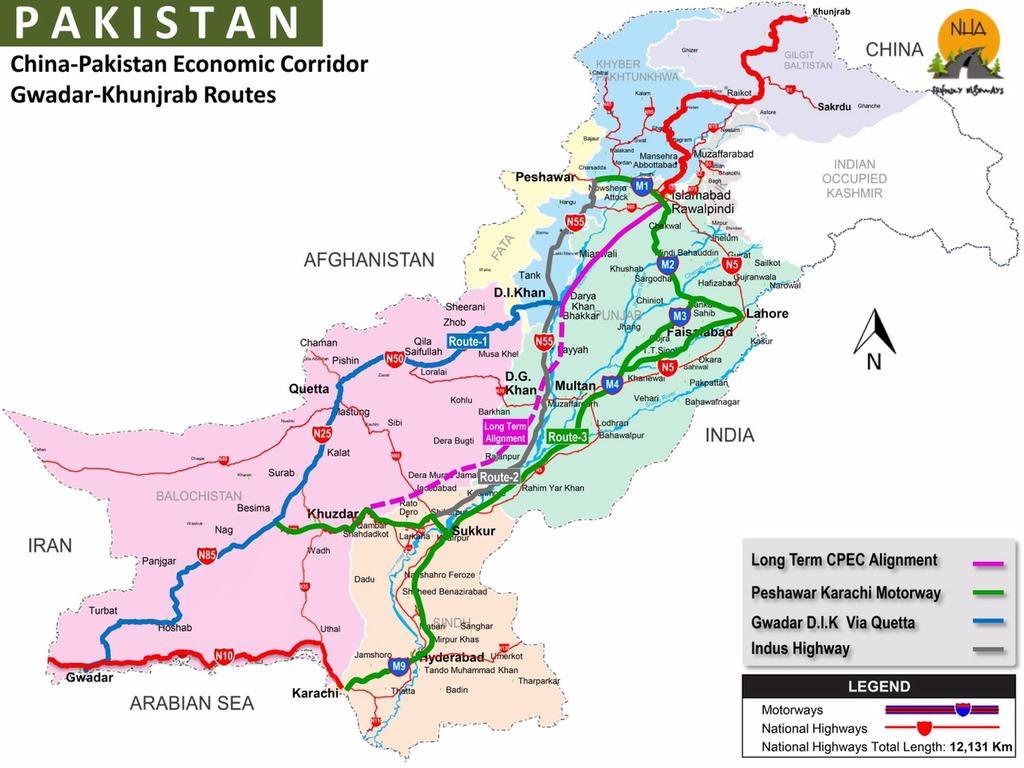 Imran Khan assumes office as Pakistan’s prime minister, vowing to change the way the country is governed.  Members of his Tehreek-e-Insaf party (PTI) have started to ask difficult questions about the benefaction enjoyed by Chinese companies involved in belt and road projects linking Xinjiang to the Arabian Sea.

Fighting the election on an anti-corruption podium for building a “new” Pakistan, Khan’s party has upped its scrutiny of agreements for the China Pakistan Economic Corridor (CPEC) made by Nawaz Sharif. Sharif’s government released only intermittent information about CPEC and its officials often made paradoxical claims, fuelling criticism that the agreements were poorly negotiated – as well as allegations of nepotism involving members of the Sharif family.

Pakistan’s power sector is riddled with debt, created by the government’s inability to keep pace with bills owed to fuel suppliers and independent power producers.

Responding to complaints from Chinese companies and to preclude possible Chinese pullback on future CPEC projects, the revolving fund was agreed upon by the caretaker administration that oversaw Pakistan’s government during the three-month campaign season.

According to the terms of this agreement, the government would finance the fund through expensive short-term borrowing from domestic banks. Although the fund is yet to be established, the government is required to implement the agreement as part of its CPEC commitments. The incoming PTI administration might choose to scrap the agreement on the grounds that the caretaker government exceeded its constitutional mandate.

A Senate committee has ordered the national highway authority to provide details of a CPEC motorway project in central Pakistan. A PTI member petitioned that benign terms accorded to the Chinese contractor would tantamount to misappropriation of US$1.1 billion.

The PTI’s questions about CPEC transparency echoed those raised recently by US Secretary of State Mike Pompeo, ahead of a request for an International Monetary Fund (IMF) bailout by the Khan administration.

The bailout is needed to address a cascading imbalance worsened by the import of Chinese machinery for the US$ 28 billion of CPEC projects launched over the last thirty-six months. Beijing has helped bolster Pakistan’s plummeting foreign exchange reserves with US$6 billion of emergency loans, adding to Pakistan’s existing debts.

The US has launched an increasingly aggressive campaign against China’s “Belt and Road Initiative”, which seeks to boost global trade through infrastructure projects. It has recently announced the establishment of a US$113 million fund to aid economic competitiveness in the Indo-Pacific in partnership with Japan and Australia.

PTI staged a five-month sit-in in the government district of Islamabad in 2014, forcing a one-year postponement to the scheduled visit of President Xi Jinping at which he was to unveil the CPEC master plan. Chinese diplomats have lobbied the PTI intensely since, but with limited success.

The master plan for CPEC was expanded in 2015 in response to complaints that it ignored the northwest Khyber Pakhtunkhwa province, administered by a coalition led by Khan’s party.

Our assessment is that Pakistan must be wary that CPEC does not eventually turn out to be a modern-day equivalent of the East India Company, which ruled the Indian subcontinent for two centuries, by planning to connect Xinjiang to the Arabian Sea. We, however, believe that the CPEC projects bring several economic benefits to Pakistan – especially in the energy, infrastructure and transportation sector. We feel that the project will open new outlets for businessmen from China, Pakistan and Iran. It will also provide a platform of cooperation in the agricultural sector and boost the tourism industry in Pakistan.