Implications of the false alert

On the 13th of January 2018, the citizens of Hawaii received a false state-wide alert about an impending ballistic missile attack. This mistake that was corrected almost 40 minutes later invited criticism regarding the emergency systems currently in place.

The North Korean nuclear program has been a source of concern for the US and the international community for years. North Korea has conducted nuclear tests in 2006, 2009, 2013 (atomic bombs), and twice in 2016 (reportedly hydrogen bombs).

In July 2017, North Korea successfully test launched two intercontinental ballistic missiles (ICBM). The state media announced that the first ICBM, which was launched on July 3d, was a “gift” to America. Experts said that the first could potentially reach Alaska, while the second could reach as far across the continent as Boston and New York.

The aggressive dialogue between Pyongyang and Washington has escalated tensions, particularly due to the incumbent administration. The Draft of the Trump administration’s Nuclear Posture Review (NPR) leaked earlier this month by Huffington Post, also cited Russian, North Korean, and Chinese nuclear advances as threats to the United States. The report emphasised a need to both increase American capabilities and modernise existing weapons for greater ease of use. Additionally, the draft redefined the “extreme circumstances” that justified use of these weapons to include “significant non-nuclear strategic attacks”. High level officials such as Nikki Haley, the United States Ambassador to the UN, have also repeatedly stated that military confrontation is not off the table should the clash continue.

Hawaii lies only 7,400 km away from North Korea. In December 2017, the state tested its cold-war era nuclear threat siren in preparation for a strike from North Korea, and announced its intention of monthly drills. 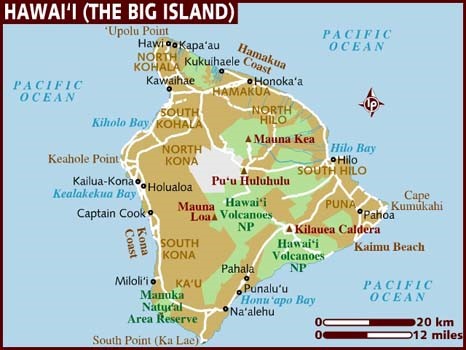 Hawaii officials at first claimed that the alert was the result of an employee pressing the wrong button on a drop down menu. However, after investigation by the Federal Communications Commission (FCC), it has been revealed that the employee had misunderstood the message. The individual responsible for the mistake has since been fired. Co-workers claim that the he had been confused between drills and real events at least twice before.

According to the official timeline provided by CNN, it took 3 minutes for officials to realise that the alert was false, but it took over half an hour to send the message out to the public due to the absence of any measures in place to respond to such an event. Officials had to resort to social media; Hawaiian Governor David Ige claimed he was unable to correct the false alert because he had forgotten his twitter password.

The FCC investigation highlights both the lack of safeguards, as well as the disconnect between Hawaii and US Pacific command. Additionally, the investigation criticises the failure of the state to notify Hawaiian citizens about the error. Safeguards have now been put in place where employees of Hawaii’s Emergency Management Agency require approval from higher ups before sending out a nationwide alert. Further, the Governor has appointed experts to oversee reforms.

The event invited critique that the state isn’t adequately prepared for such an attack & needs better systems in place.

Our assessment is that this event is deeply concerning, particularly given the increasingly tense ties between the US and North Korea. Nuclear experts warn that the false alarm in Hawaii represents the kind of imperfect information that can quickly spiral towards conflict. The reception of an official error alert message has the potential to result in either country taking actions based on false information, which is highly dangerous. This incident speaks not only for fallacies of the emergency system, but also underlines tension between the two nations.