ICJ to rule on Diego Garcia

The legality of UK’s claim on the Chagos island chain in the Indian Ocean will be reviewed by the ICJ.

Britain has overseen the Chagos islands since 1814 and in 1965 detached the Chagos Islands from Mauritius, a British colony that became independent three years later.

Britain went on to lease the Chagos Islands’ biggest island, Diego Garcia, to the United States in 1966, paving the way for construction of an air base that required the forced removal of around 1,500 people. Today, Diego Garcia is believed to be hosting one of the largest US military bases in the world, and home to an estimated 4,000 troops.

Mauritius has said it was unfairly pressured to cede control of the islands during the negotiations and had agreed only to their temporary use for military purposes. 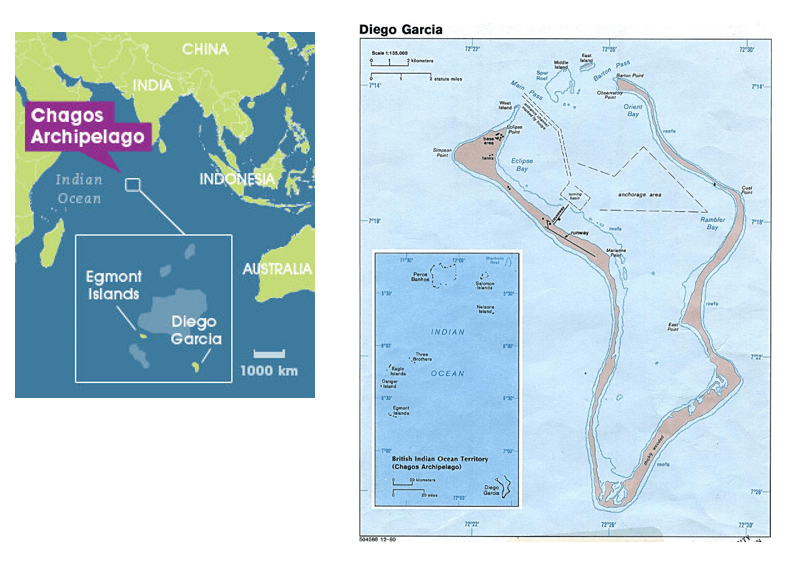 Mauritius has told the United Nations' top court that former colonial power the UK unduly pressured it in 1965 to give up a remote Indian Ocean island chain in exchange for independence. The case is seen by some as a test of whether colonial-era deals struck by great powers and weaker states are legitimate, given the power imbalance.

Britain and the United States opposed the demand but were voted down by the U.N. General Assembly. Britain is expected to argue that Mauritius is trying to improperly use the International Court of Justice or “World Court” to settle a bilateral dispute.

More than 20 interested parties, including the United States and the African Union, have asked to take part in the hearings.

“These things come together now in a combination of historical accident and intense political and popular interest in questions of colonial legacy,” international law expert Geoff Gordon of the Asser Institute in The Hague, said.

The World Court will ultimately issue only an “advisory opinion” on the case, but opinions by the United Nations’ highest court can carry significant weight in international law.

The people displaced from the Chagos Island have already lobbied to be able to return. However, in 2016, Britain’s Foreign Ministry extended Diego Garcia’s lease until 2036 and declared the expelled islanders would not be allowed to return.

Analysts say that the question of sovereignty was "purely bilateral" and that the court should not issue an opinion on it. Britain has apologised for the eviction in the past but has consistently refused to allow Chagossians to return to the islands. In 2016 the Foreign Office said it would establish a £40 million resettlement fund for displaced islanders.

The people from Chagos were originally moved to nearby Mauritius and Seychelles and effectively barred from returning.

The ICJ will hand down a non-binding "advisory opinion" after the four-day hearing, although the final ruling could take weeks or months to be delivered.

The location of the island chain is a priceless strategic asset for the UK and the US. With the long-range bombers stationed at Diego Garcia, US and UK can provide critical air support for NATO in Afghanistan as well as anti-piracy operations around the horn of Africa.

Additionally, the mere presence of such a large military base so close to India provides a valuable counter-balance to China’s rising naval capabilities. Irrespective of whether India and the US become allies, the Diego Garcia base is an excellent example of strategic deterrence by presence.

Our assessment is that the ICJ may rule in favour of Mauritius as the UK has violated the 1965 agreement. However, we feel that as the judgment will be non-binding, it is just a diplomatic advantage Mauritius enjoys in any future negotiations with the UK. We believe that Mauritius will use the ICJ verdict to strengthen its position with the UK over reclamation rights.