Inflation in Venezuela has continued to climb to astronomical levels. In 2017, the country’s inflation rose to 2,616%. The once prosperous Latin American nation’s economy has..

Inflation in Venezuela has continued to climb to astronomical levels. In 2017, the country’s inflation rose to 2,616%.

The once prosperous Latin American nation’s economy has imploded in the recent years. Is there any way to save Venezuela?

Reports have also revealed that hospitals in the country are running out of medicines and they are unable to treat those admitted. A recent study revealed that at least 93% of Venezuelans cannot afford to buy enough food. The study also stated that 73% of the population have lost weight in 2017 alone. Reports note that people have taken to scavenging through trash. 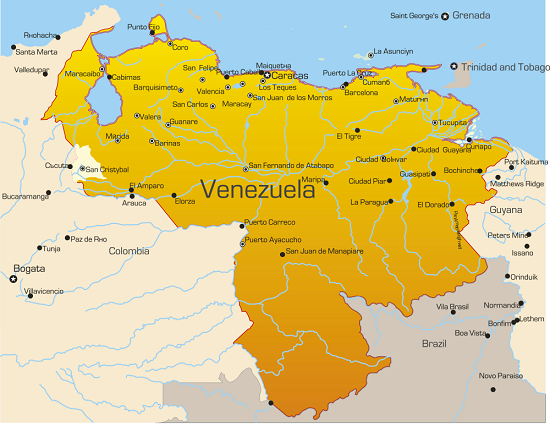 Amid all the political turmoil, Venezuela's cushion of cash has fallen to its lowest point in over 20 years. As of late 2017, Venezuela only had $10 billion in reserves. A nation’s reserve funds are the amount of funds it has to address any crisis and to ensure economic stability. Additionally, the nation has incurred $120 billion in debt. For more details, click here.

In 2017, the inflation in Venezuela rose to the highest in the world. According to estimates, inflation jumped up to 2,616%. One dollar fetches about 191,000 bolivars, according to black market exchange rates. As the value of the local currency continues to sink to new lows, bans have become venues with widespread confusion. They attract long line and according to reports that multiple banks have stopped offering cash. Some only allow electronic transactions.

“Inflation in December alone is greater than accumulated inflation (over the whole year) for all of Latin America,” said lawmaker José Guerra. The country’s minimum wage went up 40 percent in January but still is worth just over $2 per month on the black market exchange. The International Monetary Fund (IMF) has forecast an inflation rate of 2,350 percent for 2018.

Meanwhile, the nation’s leader Nicholas Maduro has blamed his opponents for Venezuela's economic woes. He has also accused U.S. sanctions on Venezuelan leaders are proof the United States is waging an "economic war."

A report from Financial Times has noted that the International Monetary Funds (IMF) has already begun preparing a probably bailout plan for Venezuela. Even though, the plan is still at a nascent stage, a the body is mulling over the possibility of giving Venezuela $30 billion annually.

Our assessment is that economic implosion and the hyperinflation has resulted in extremely poor living conditions for the citizens of the nation. Maduro has blamed his opposition for the escalating problems and has even proposed the introduction of a cryptocurrency that he has vowed will address the nation’s woes. However, critics argue that poor governance and policies is to blame for the crisis. Even if IMF proposes a rescue plan, it would also result in one of the world’s most complex bond restructurings and a big test of Fund rules. With its democracy and economy in crisis, has Venezuela become a failed state?