Hot and Cold across the world

Australian meteorologists have noted that the current heatwave being experienced in Sydney, Australia, is the hottest one in over 80 years.

Is climate change to blame for the extreme weather experienced in different parts of the world in the recent years? 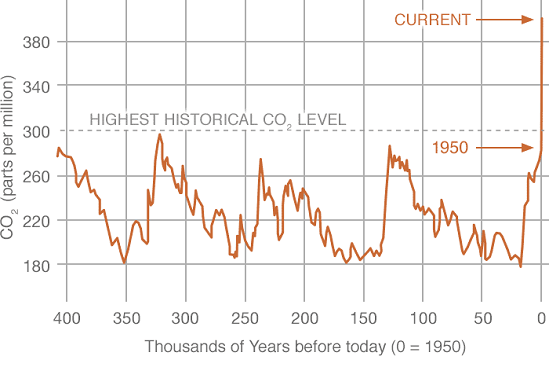 Australian meteorologists have noted that the current heatwave being experienced in Sydney, Australia, is the hottest one in over 80 years. In 2017, climate scientist Professor Will Steffen warned that extreme weather events were projected to worsen across Australia as the climate warmed further every year.

He said, "It is a risk for human health, particularly for the most vulnerable — the elderly, very young people, and exposed outdoor workers. It is obviously a risk for the agricultural industry, it is a risk for natural ecosystems. We saw an underwater heatwave about a year ago wipe out a large part of the Great Barrier Reef. A lot of these impacts we are seeing occurring now are occurring earlier than we had projected a few years ago.”

Sydney endured its hottest temperature in nearly 80 years on January 7th, 2018. The Sydney metropolitan area witnessed a maximum temperature of 47.3 degree Celsius. Presently, the highest temperature that has been recorded in the history of Sydney was in 1939. The temperature at the time was 47.8 degree Celsius. Thousands were left without power, and total fire bans were put in place as officials warned of a severe danger. Residents have been encouraged to drink extra water and limit their time spent outside. The region has also initiated a fire ban.

In sharp contrast, gripping cold has engulfed the East Coast region of the US. A massive winter storm left the region buried in 18cms of snow. It also resulted in the deaths of at least seven people. “It’s definitely cold and the type of bone-chilling cold that happens every few years,” said Dan Hofmann, a meteorologist with the NWS in Baltimore. He added that the last time such extreme cold occurred was in February 2015.

In 2017, more than 16,000 scientists from across the world published a warning to humanity about the dire consequences of climate change and how it remains a threat.

Our assessment is that there needs to additional research undertaken to analyse the role played by climate change in weather events such as the heatwave gripping Australia. Previously, experts noted that climate change could be to blame for the intensity of hurricanes that led to widespread destruction and loss of life in North America.