The top court in Hong Kong delivered a substantial ruling for pro-democracy activists. A five-judge panel at the court of final appeal has overturned prison sentences..

They had been arrested for their participation of the Umbrella Revolution.

Hong Kong is an autonomous territory that holds a separate political and economic system from China. Under the principal – One Country, Two Systems – it exercises its own independent executive, legislative and judiciary powers. However, it comes under China for foreign affairs as well as military defence. Historically Hong Kong was part of Imperial China. In 1841, the last imperial dynasty, admitted defeat when the British Empire seized the Hong Kong Island.  From 1842 to 1941, Hong Kong was formally ruled by the British. The lease stipulated that Britain would leave the territory in 1997 and the two countries signed Sino-British Joint Declaration in 1984 negotiating the terms of this release. The “one country, two systems” infrastructure was thus established.

In 2014, there were a series of mass protests that took place in Hong Kong that came to be known as the Umbrella Revolution. Largely organized by students, it was against the kind of reforms that had been proposed for Hong Kong’s electoral system. Those protesting it claimed that was a move to curtail the region’s democratic values.

Carrie Lam, the current Chief Executive of Hong Kong was China’s preferred candidate and won a highly restricted election. She has been criticized by detractors for being pro-Chinese government. Human rights groups and pro-democracy politicians have seen the push for harsher sentences as evidence that the government was trying to satisfy Beijing’s interests. 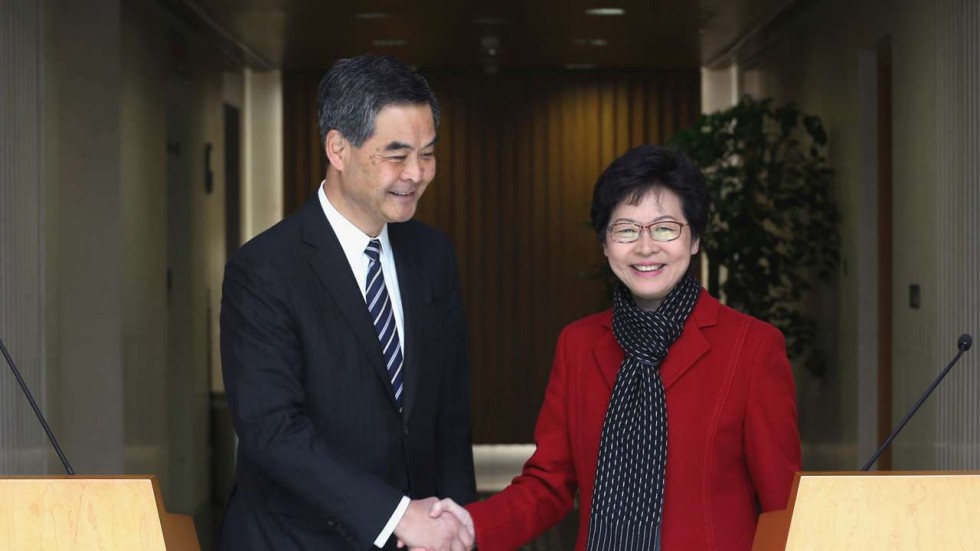 In August 2017, 20-year-old Joshua Wong, a pro-democracy activist was sentenced to eight months in prison for his role in the Umbrella Revolution. Along with him 23-year-old Nathan Law and 26-year-old Alex Chow had also been sentenced. The jail sentences will prevent these men from standing in the upcoming elections. Thousands took to the streets of Hong Kong to participate in a pro-democracy rally in the region. It was the largest protest that took place in the region since the Umbrella revolution.

Chinese President Xi Jinping has taken an aggressive stance against regions like Taiwan and Hong Kong that assert their independence. However, during the most recent national Party Congress he vowed to maintain the ‘one country two systems’ policy noting, “[We must] maintain the central authority in Hong Kong and guarantee Hong Kong’s autonomy at the same time. [We must] ensure that the ‘one country, two systems’ policy will not change or deform.”

In February 2018, Hong Kong’s top court delivered a substantial win to Joshua Wong and other pro-democracy activists by overturning the prison sentences handed to him and two others. They were originally given community service and suspended sentences, but an appeals court controversially upgraded that to prison time. The court however did issue a strict warning by noting that in future, public order offenses, even those stemming from civil disobedience, could result in prison terms.

“Even though today my sentence was reduced, I’m still facing prison for other charges,” Wong said. “Although we won today, Hong Kong is still far from upholding the rule of law, there are still political prisoners and the government is pursuing a political agenda in the courts.” He added, “I would not say this is a win and there is no reason for us to celebrate. What we are up against is the court taking a very narrow definition of non-violent civil disobedience actions.”

“The Hong Kong government has redoubled its efforts to weaken pro-democracy voices,” said Maya Wang, a senior researcher at Human Rights Watch. “The government is using this case to see how far it can go in pursuing political prosecutions, and it will inform their strategy going forward. No one should be prosecuted for a peaceful protest.”

“Because the government lacks the kind of legitimacy that the governments of the West enjoy, people in Hong Kong tend to place more weight on courts,” said Paul Shieh, a barrister and former chairman of the Bar Association.

Our assessment is that the actions of Hong Kong’s top court are likely to boost the pro-democracy activism in the region. However, it should be noted that Jinping’s vision for China, which he laid out in detail during the national congress, cannot be achieved without complete unification of all territories including Hong Kong. Thus, it is highly unlikely that Beijing will protect Hong Kong’s autonomy.