While the world reeled under the COVID-19 pandemic, with rising fatality statistics numbing national consciousness in almost every country, one place remained outwardly unaffected -North Korea. For two years, the Supreme Leader, Kim Jong-un maintained that they had successfully kept the virus out of their country without suffering a single fatality.

With its crumbling infrastructure, North Korea was considered one of the most vulnerable countries when COVID struck in early 2020. Then Kim Jong-un had called it a matter of 'national survival' which merited 'revolutionary measures.' Kim assured his subjects that the nation had a 'world class’ public health system, a claim mocked by international experts. The global opinion is that its public health support is appalling, with most hospitals without bare necessities like electricity and running water. In the countryside, there are few facilities. Hence, a pandemic was feared to be catastrophic for the country. However, Kim was quick to put into place strict measures to seal his borders with China, banning all foreigners and suspending rail and air links with China and Russia, its only links with the outside world. It made cremation mandatory for all last rites and was one of the first countries to close educational institutions for good measure.

While the more prosperous South Korea has suffered 17,889,874 infections and 23,842 coronavirus-related deaths since the pandemic began (as of 20 May 2022), till the beginning of May, there were zero covid infections or death reported by North Korea.

In May, all this changed when North Korea confirmed its first infections and slowly, news of fatalities, albeit in small numbers, started trickling in. The Supreme Leader was seen on television wearing a mask for the first time, calling the outbreak "the greatest turmoil to fall" on his fiefdom. Swiftly a national lockdown was imposed. Within a week, the official pandemic caseload had crossed 2 million and a daily number of cases went over 200,000 on 19 May, with 63 fatalities. The death rate is abnormally low to the size of the infected population. The Supreme Leader publicly berated concerned health officials, and it is not clear if they suffered a worse fate or not, as is the norm in this brutal regime. 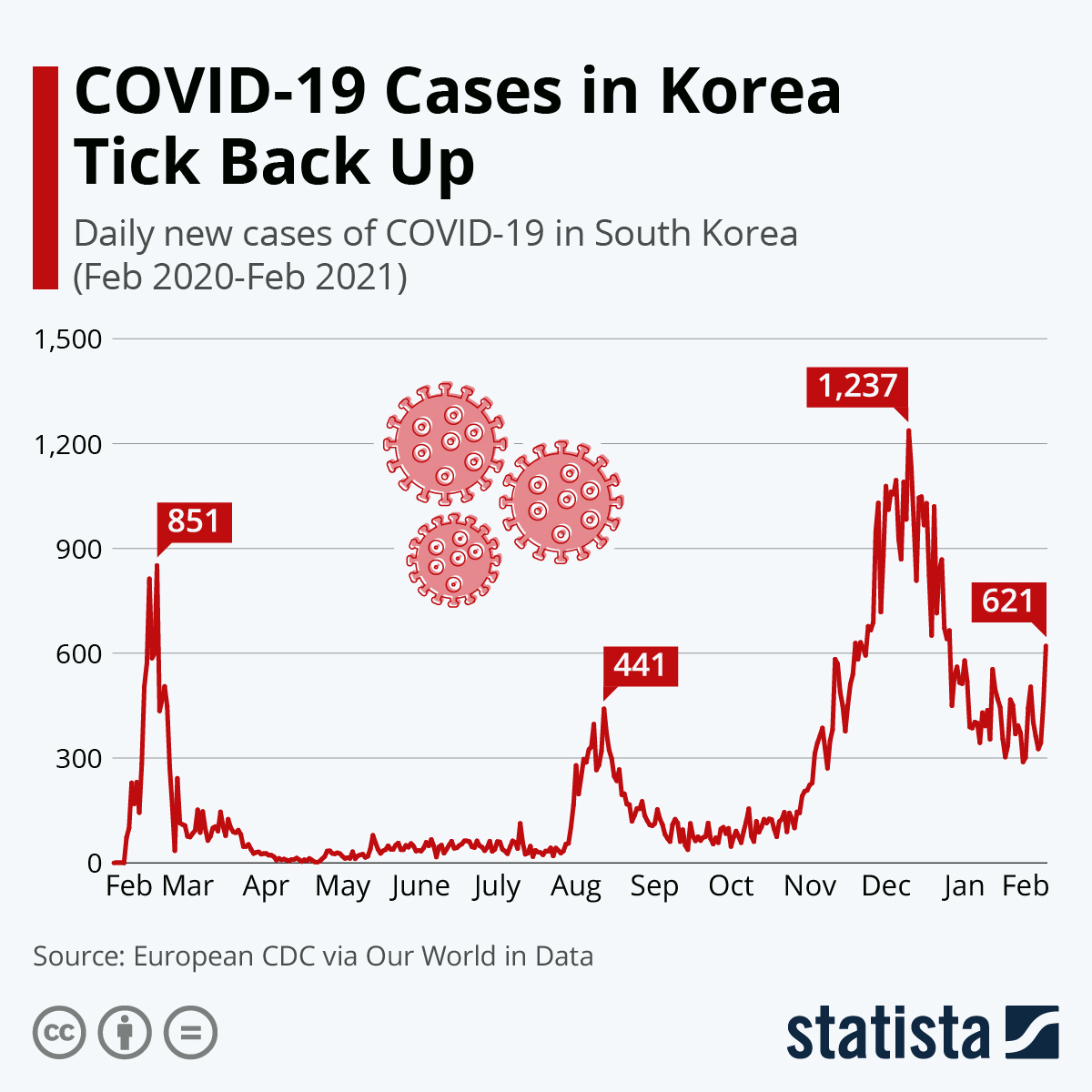 Not known for the accuracy of its news dissemination, the severity of the infection in North Korea can only be guessed at this juncture. With a fragile economy and poor health infrastructure, almost the entire population is unvaccinated, making them highly vulnerable to the COVID-19 variants. There are reports of an acute shortage of testing material as the regime continues to underplay the impact of deflecting any criticism of the Supreme Leader.

The infection reportedly began in late April, as per the official mouthpiece, the Korean Central News Agency (KCNA). They claim that most infections are from the COVID-19 virus, and only a few cases of the Omicron variant have been detected.

Along side the surge of infections, a flurry of missile testing continues, and there are unconfirmed reports that a second nuclear test is on the cards in the near future. The pandemic is unlikely to tone down Kim's brinkmanship any time soon, irrespective of the death toll from the pandemic and the heavy price his people may have to pay. He will continue to exert pressure on the international community for recognition as a nuclear power state, just like India and Pakistan, and secure relief from sanctions.

Over half a million persons are reported to be in quarantine. North Korea is in no position to impose a total lockdown, and work continues on farms, mining industries, power stations and construction sites. In an economy that is barely surviving somehow, a complete lockdown would be catastrophic and could lead to far more deaths from starvation than the virus. More worrying is the safety of its farmers who will be planting the new rice crop, a segment already suffering from delayed rains. In the absence of testing facilities, the criteria for releasing people from quarantine is the absence of fever, as per South Korean sources. This by itself could spread the virus as fever is only one of the symptoms of the infection; what about a large number of asymptomatic patients?