The second virtual leadership summit between the premiers of India and Australia has concluded successfully. This bilateral engagement at the highest level was initiated last year. The previous summit had witnessed some groundbreaking progress in Indo-Australian ties, and the current summit is likely to augment the existing economic and diplomatic cooperation between the two.

India and Australia are two democracies that value development, freedom and liberty for their respective citizenry. India is Australia's seventh-largest trading partner and sixth-largest export market.

In 2020, the first virtual leaders’ summit had led to major strides in bilateral ties. The strategic partnership between the two had been upgraded to a Comprehensive Strategic Partnership. This signified the enhanced level of trust between the two countries for furthering their collective trade, investment and diplomatic ambitions. The former defence and foreign secretary dialogue were also upgraded to the ministerial level, which was another indication of the willingness to accord priority to each other in their foreign policy frameworks.

The recent meeting, however, came against the backdrop of slowly recovering post-pandemic global supply chains as well as soaring oil prices due to the Ukraine invasion. The meeting focused on the need to strengthen the Indo-Pacific, the regional epicentre of the Quad, of which both Delhi and Canberra are members. It was also notable for taking the talks on a free trade agreement forward, considering they had been stalled in the wake of the Regional Comprehensive Economic Partnership. 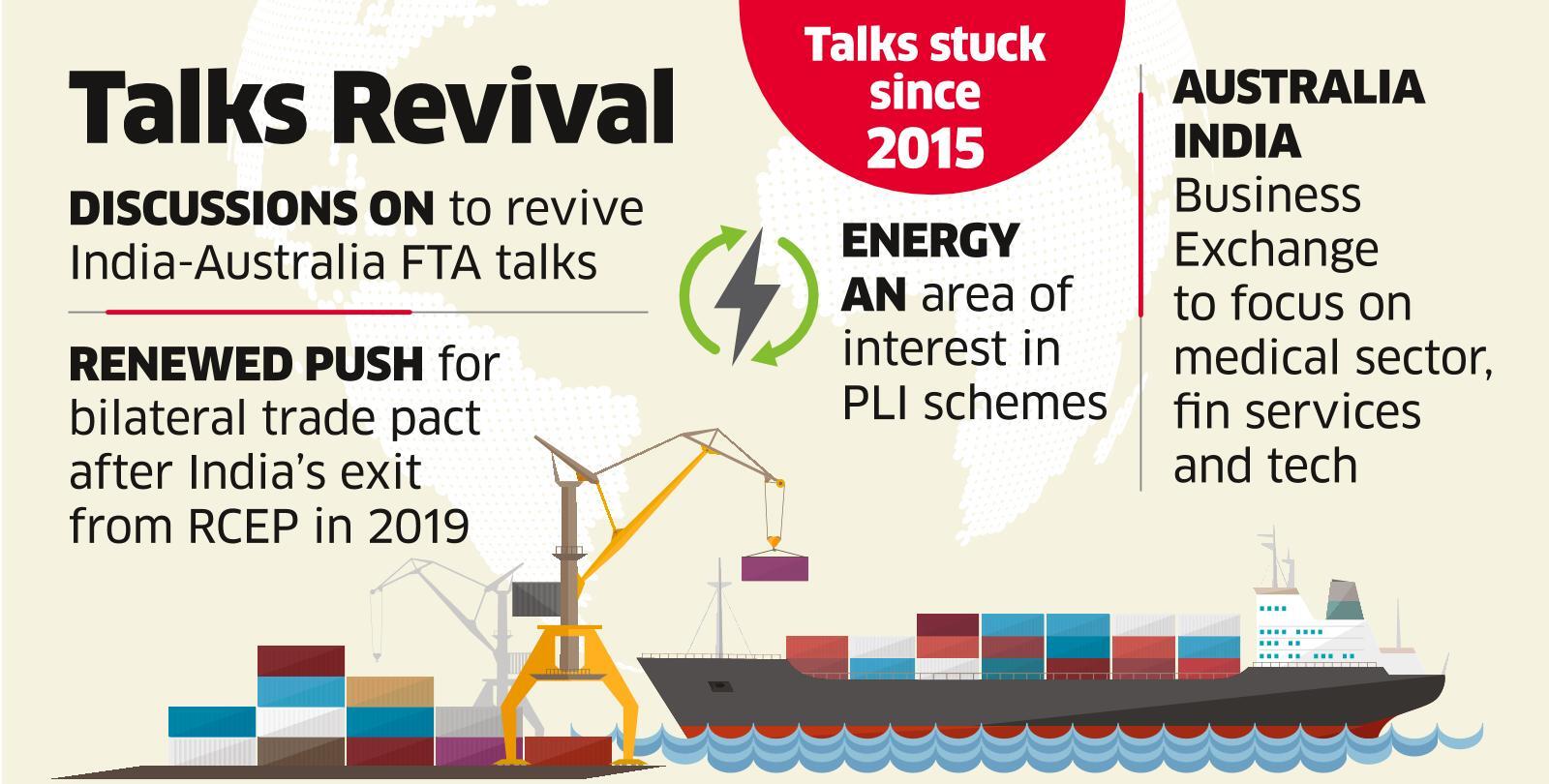 Though ideologically similar, the present-day geopolitical architecture has prompted India and Australia to have politically differing perspectives on the current Ukraine-Russia war. The virtual meeting began with President Morris mourning the tragic loss of lives in Ukraine, whereas the invasion found no mention in Prime Minister Modi's speech which was solely focused on the Indo-Australian economic relationship. Despite their differences, there was an evident zeal to promote trade and investment between the two, including cooperation in the Indo-Pacific.

One of the major outcomes of the summit was the fresh impetus given to the signing of the Free Trade Agreement. There are, however, several sticking points that need to be sorted out, especially those relating to the protection of domestic industries if cheaper foreign products were to flood the markets. Hence, the two sides have settled for a "limited" trade deal which is to come through in the next 30 days. It is being called an “early harvest agreement”, considering that the market is not open for all goods and services. For instance, India has refused to open its market to dairy products from both Australia and New Zealand. Similarly, its service exports to Australia are also limited.

Nevertheless, this early harvest agreement is a good starting point that could drive deeper trade engagement in the form of a Comprehensive Economic Cooperation Agreement (CECA). While Canberra is looking for tariff reduction on its wine exports (60per cent of the wine produced in Australia is exported), India wants greater market access for textiles, footwear, leather and pharma. Despite the large Indian diaspora in Australia, ease of entry for its professionals is another aspect of concern for Delhi.

On the economic cooperation front, Australia’s ‘India Economic strategy to 2035’ aims to lift New Delhi up to its top 3 export markets (currently, it's the sixth). Towards this end, Canberra is willing to invest USD 280 million for linkages between policy and financial institutions. Additional investments are also in the pipeline for establishing a strategic research fund for technological and innovative advancements.

Other areas of cooperation include critical minerals, clean energy, renewables and outer space. Both sides have attributed great importance to their ‘people-to-people’ connections, with Australia publishing a report titled “Australia’s Indian Diaspora - a National Asset”. The report also highlights the role of the Indian diaspora in furthering national economic progress. On the strategic front, major emphasis has been placed on a “free”, “open”, and “secure” Indo-Pacific, to be achieved through forums like the Quad or trilateral frameworks like Australia-India-France and Australia-India-Indonesia.