The Chinese government continues to tighten and increase censorship of internet within the nation. How much will the “Great Wall” affect common citizens?

Internet censorship in China is widespread and imposed by the government. The nation has in place more than sixty rules and regulations that monitor flow of information through the internet. Political censorship in the communist regime is built into layers of China’s online infrastructure.

The Ministry of Information Industry (MII) oversees internet censorship. According to Human Rights Watch, the first layer of online censorship in China happens through routers. The government has long used online tools to suppress dissident opinions. As of 2013, the state media noted that more than two million people in China are employed by the government to monitor web activity.

In 2001, China joined the World Trade Organization and with that it agreed to open online data services to international competition. However, it also got the permission from other members states to retain restrictions on the media. Top technology companies have been wary of publicly criticizing China for not upholding its end of the agreement with the WTO.

In the previous years, China has blocked access to online platforms and tools temporarily. This was done largely prior to top political events.

As of December, 2016, China had 731 million internet users. This is around 53.2 percent of China’s population. In comparison, Europe has a population of 743 million in total. According to the latest statistics, 95% of internet users in China are on mobile. The rate of internet adaption is also higher than the global average in China. In 2016, it added 42.99 million new internet users. Adoption to the internet grew up 6.2%.

A historic view of China can be found here. 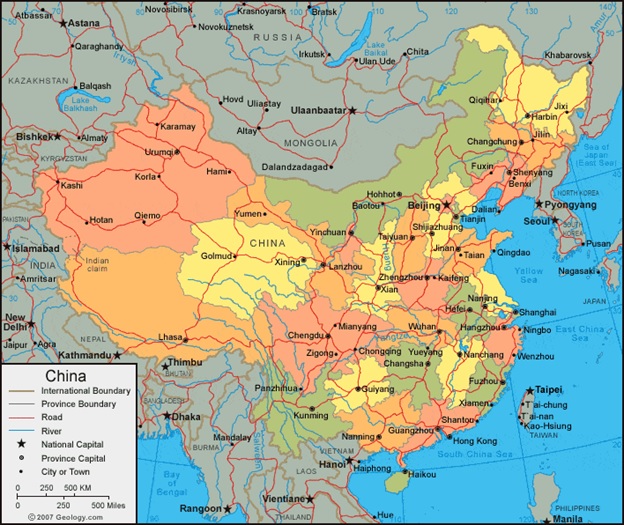 The "Great Firewall" is a colloquial term for mainland China's internet censorship system.  Media reports have noted that in the recent months, the government has continued to tighten its censorship on the flow of information. It has been reported that the Chinese government has ordered telecommunications providers to block access to individual virtual private networks by February 2018.

In September 2018, the access to Facebook-owned online messaging service WhatsApp was pulled for a large portion of the population. Even China’s most popular social media platform, WeChat has come under scrutiny. The upcoming Chinese National Party Congress will convene on October 18th 2017. It will decide the immediate future of the nation as leaders of the Communist Party of China come together to discuss the future of the nation. There has been increased censorship on account of that as well.

Experts argue that the increased censorship is due to the government trying to clamp down political dissent. Authors of a new study by the Mercator Institute for China Studies (MERICS) have said, “Unlike any other Chinese leader since the reform era, (President) Xi Jinping has worked on forging a uniquely Chinese national narrative.” Thus, the party has taken a lot of measures to suppress ideas that can be detrimental to its philosophy.

Since December 2016, users of WeChat, China’s most popular messaging app, stopped being informed when their messages are being censored. Additionally, creators of online groups are responsible for managing information within their forums and the behavior of members. State media has reported that a man has already been arrested for sharing information in a group chat. Within the span of one month, (September 2017) 40 members of a group chat in Hubei province were disciplined for "publishing improper remarks. Even topics such as like celebrity news and gossip are now seen as sensitive.

"While China stresses the need for global connectivity and openness, it continues to strengthen the world's most sophisticated system of Internet control and press censorship," the US Congressional-Executive Committee on China said in a new report.

Our assessment is that the Internet will be a key battle ground for the Party, even more significant as China's leaders gather this week for the 19th National Congress of the Chinese Communist Party ( CCP ). We believe that President Xi Jingping focus on increased censorship has much to do with the new ideology to reshape the country in his image. This is starkly in contrast with the dogmas as proudness Communism and Mao Zedong where the thrust was on state capitalism and a focus on making money.  We believe that while China curtails on line dissent, it has a booming technology culture. It's internet companies rival Facebook and Amazon in heft. For the present, China may seem to be offering a compulsive top - down model that technology can thrive even under governments watch. The countries internet regulators, the Cyber Space Administration of China, has last week issued a series of regulations - the most notable being that the creators of online Forum or group chats will be responsible for their users comments.