When the threat from Covid-19 started to reduce, economies around the world began to open up slowly. At this vulnerable point, another shock hit the global economy in the form of Russia's invasion of Ukraine. This double whammy has proved to be especially hard for middle-income countries around the world, which are closely interconnected with the global economy and dependent on it for their survival.

Even though most of the countries at risk of a debt default are middle-income, in other respects, they are highly varied in nature. All these countries are not confined to a single geographical region. Some are in a more advanced stage of debt default, while others have not yet reached the critical stage.

Numerous factors have contributed to bringing these countries to a critical debt situation. Each set of factors is unique for a particular country. These factors range from conflict to disruptions in the international tourism sector. Countries which are more prone to the risk of default have received more attention from the International Monetary Fund (IMF) than others.

Out of all these countries in Latin America, there is Argentina which has been a serial defaulter. Developing countries have been more seriously impacted than developed ones. In Europe, both Belarus and Russia, which have been highly sanctioned following the Ukraine War, have failed to pay back their international loans within time. The largest concentration of countries currently in debt crisis is located in Africa. These include Ethiopia being torn apart by civil war and Ghana falling under the burden of large-scale, unregulated borrowing. In India's neighbourhood, we have Pakistan, which has come under the dual pressure of rising energy import costs and falling foreign exchange reserves. In Sri Lanka, the government has already fallen after defaulting on its loans, and there have been huge unrest here.

So as can be clearly seen, even though the worldwide economic slowdown is the common factor for the international debt crisis, each country has its own story to tell. Thus, the solution in this regard also cannot be a general medicine that is applied to all these countries. 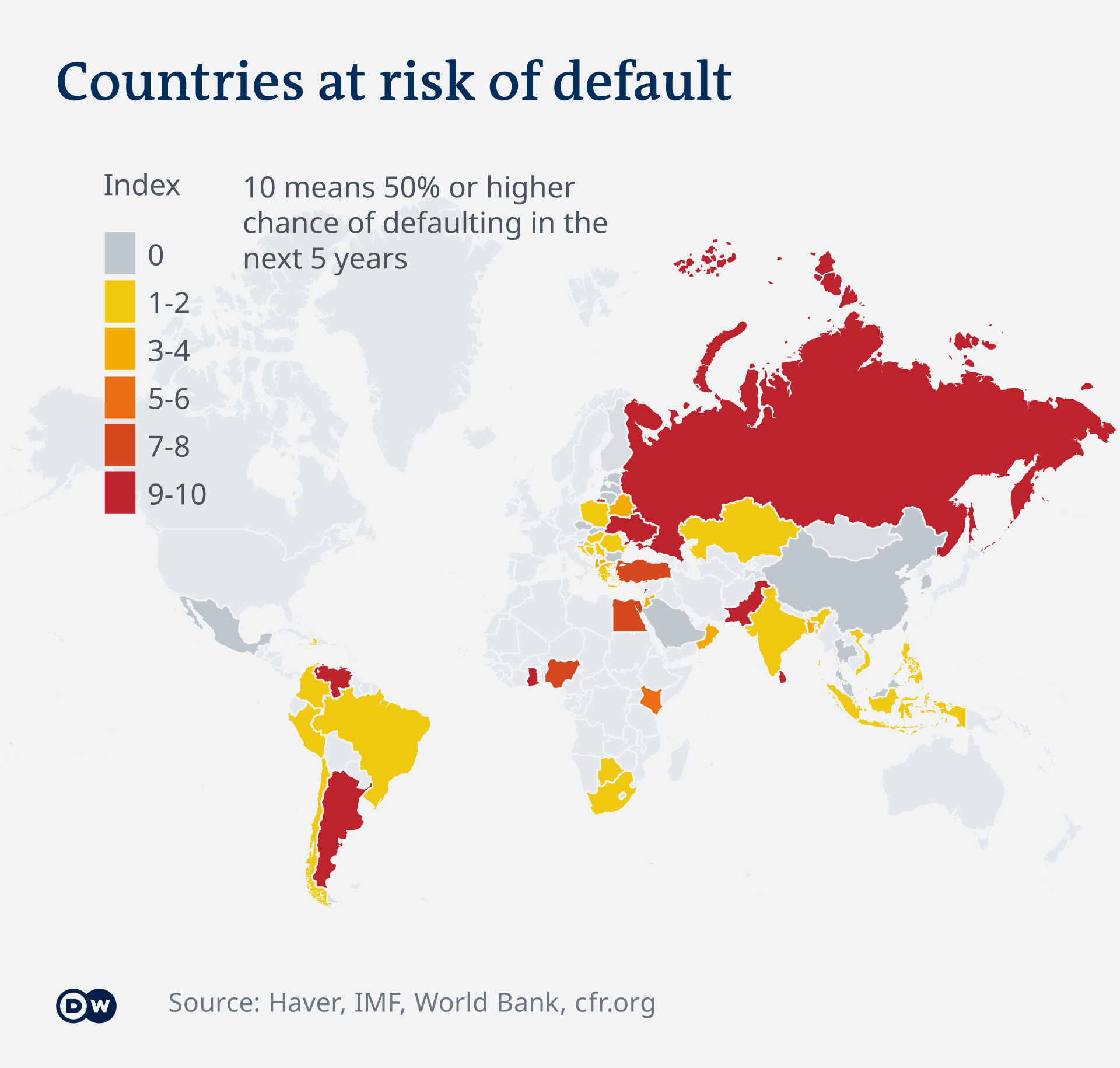 The scale of the global debt crisis is such that no single country or institution will be able to solve it. The primary responsibility lies with the IMF, which hands out loans to developing countries. Greater supervision of these loans and stricter conditionalities are required from the side of the IMF. It should not just take the words of the national governments at face value but should also ensure that the purpose for which these loans are taken is fulfilled and that the books are balanced. If these countries require any help from the IMF in the form of experts in this regard, it must be provided.

But the IMF, as an international institution, can function only as well as the support it receives from its member countries. And the most influential member countries of the IMF are those in the developed world. These countries are some of the biggest donors in the world, both on their own and through the IMF. With the enormous financial power that they have, they have a unique responsibility in the present global debt crisis. They must not only increase their overall financial outlay to the IMF but also work more collaboratively with the affected countries separately. People with economic expertise in specific countries should be utilized so that they have a thorough idea about what they are doing. Along with developed countries, middle-tier countries like India and China also have a significant role to play in assisting those countries which are suffering from a severe debt crisis. The Global South should also be more united in asking for greater involvement of the developed world in solving the international debt crisis.

Any loophole in the financial systems of the affected countries which is leading to the debt crisis has to be plugged in. This could range from corruption, expenditure on wasteful projects or a high level of dependence on certain critical sectors of the national economy at the expense of other sectors. Each of these challenges needs different responses. Corruption is a systemic problem in most countries. So ad hoc measures will not work. Today corruption mostly works through crony capitalism. Hence it is important that proper regulatory protections be set up so that no one, whether a public official or a private entrepreneur, is able to skim money which is given as a loan. In the case of the second problem, the identification of wasteful projects is something which must be done first. In many countries, there are certain kinds of economic projects which are called "prestige projects". These projects do not generally have much of an economic value but, on the contrary, serve to boost the image of the regime in power. Those with political connections normally get favours in getting access to these projects. This is an area where international lenders have to be strict. For each cent of the money that is lent, there has to be accountability on how that money is being spent, and the lender has to have the assurance that he will return back from his loan within the stipulated time period. Otherwise, no loans should be approved before this underlying problem is removed.

The third problem was clearly observable in the case of Sri Lanka, where its substantial dependence on its tourism sector proved to be the country's undoing. When the Covid-19 pandemic hit, international travel was hit severely. As a result, the total number of global tourists also fell. To fend off this shortfall, the Sri Lankan government started taking in more and more loans from China. But the Chinese placed harsh conditionalities on their loans which the Sri Lankan government had no way of paying back. So, it was inevitable that it would suffer a huge default on its loans which would lead to a crash in the Sri Lankan economy. Now the question is that with such a serious economic situation in its immediate neighbourhood, how is India dealing with it?

2023 could be the year when the world finally recognizes the severity of the international debt crisis and decides to take joint action. The world cannot wait before this crisis spreads to many more countries. Then it could start affecting developed countries as well, which are already facing a cost-of-living crisis. Any collapse in the current international financial system will be a huge loss for globalization. But there is still time left to avert such a potential disaster. Political collapse due to the debt crisis has only occurred in one country, Sri Lanka. Other countries which are looking down the barrel still have the hope to be saved. The international community just has to take the initiative to make them see a brighter day.

India has offered assistance to Sri Lanka during its dire financial crisis. It has also given the same offer to Pakistan. With respect to its own economy India has suffered the strain and shock that any other major economy has faced due to the global downturn. Compared to its peers, India has fared better. The country has not yet recovered from the economic slowdown following the Covid-19 pandemic. The rate of inflation within the country is also very high. At such a moment in time, the viability of India's overall debt position is very important.

In the last year, there were a few alarming signals for the Indian economy in this regard. India's net debt ratio was high, and there was also a fall in its foreign exchange reserves. This could be seen as the continuing negative impact of the Ukraine War last year. There are signs that the debt ratio is falling, and the foreign exchange has risen this year. But the Government of India has to take proactive steps to ensure that the country does not fall into a debt trap. Foreign institutional investors need to be given clear signals that the Indian economy is once again open for business after the Covid-induced slowdown. Any bottlenecks in certain sectors of the economy have to be addressed without any delay. In the case of India, attention should not only be placed on the national debt but also on the debt of the various state governments in the country. If proper economic measures are taken, then there is no reason why India should not only be able to overcome the global debt crisis but also emerge as a major international lender.