Glencore to cap its coal output

Australia’s largest coal producer and the world’s biggest thermal coal exporter, Glencore has decided to cap  their total coal production. Due to increasing pressure from the global society and green groups, the giant has agreed to withdraw from engaging in new coal mining projects.

Coal is mined in most provinces of Australia. About 75% of the coal that is mined is exported to eastern Asia, and the balance is used in generating electricity. 60% of the nation's electricity is currently produced by coal-fired power stations. In 2016, Australia is one of the largest exporters of coal.

Glencore is one of the world's largest producers and exporters of seaborne traded thermal and coking coal. About 85% of the coal production by the company is exported to a majority of it to countries where coal continues to play a leading role in power generation, given its reliability and affordability. Glencore operates 26 mines in 21 mining complexes across Australia, Colombia and South Africa. In 2017, they produced 120.6 million tonnes of saleable coal and marketed 106.3 million tonnes of thermal coal through marketing business.

Members of several environmental groups have heavily criticised coal mining, due to the emission of carbon dioxide during combustion. This criticism is mainly directed at thermal coal, for its connection to coal-fired power stations and the effects of global warming on Australia. 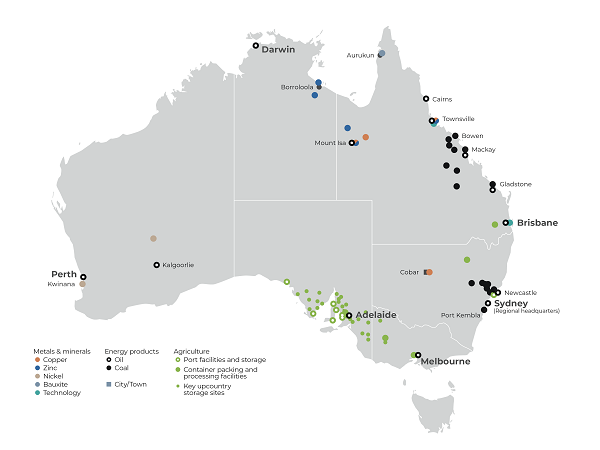 The world’s largest exporter of thermal coal has announced that it will cap the amount of coal it produces each year. Yielding to global pressure, the company is limiting its total output to align with its broader objective of impacting climate change.

The miner said that it will limit its capacity to produce coal to current levels, or about 150 million tons per year. However, the company insisted on infusing capital to enhance outputs of more copper, cobalt, nickel, vanadium and zinc, commodities that are used in electric vehicle batteries. The company in a statement said that "As one of the world's largest diversified resource companies, Glencore has a key role to play in enabling the transition to a low carbon economy."

Apart from this decision, Glencore also announced that it would begin disclosing projections for lowering Scope 3 emissions, or greenhouse gas. The company is also developing long-term reductions targets for Scope 1 and 2 emissions and aims to make them public in 2020.

The company has also said that they would start assessing their goals and work to align with the goals laid out in the 2015 Paris climate agreement, that aims to prevent the rise of global temperatures by 2 degrees Celsius above pre-industrial levels.

Emma Herd, CEO of the Investor Group on Climate Change and a member of Climate Action's steering committee said that "Glencore's announcement is a significant step for the mining sector with potentially wide-reaching implications.”

Recently, BP, Shell and Maersk - some of the major companies have also announced an effective action that would help in preventing climate change. AP Moller Maersk, the Danish group that transports nearly one in five seaborne containers, said it needed its entire supply chain - from engine makers and shipbuilders to new technology providers - to come up with carbon-free ships by 2030 to meet the goal.

Despite Glencore’s announcement, the demand for coal would not immediately reduce. Many influential forecasters like BP and the US Department of Energy are heavily dependent on coal consumption. Coal demand among developing nations like India and other Southeast Asian countries is not seeing a reduction despite the rising concerns of climate change.

Hence, Glencore's decision to limit coal output gives the company a way to profit from the use of fossil fuel in emerging markets as well as move towards contributing to the battle against climate change.

Our assessment is that Glencore’s decision is indeed one of the decisive steps taken by large energy companies in the fight against climate change. We feel that this decision would encourage other companies to undertake similar actions. We believe that this action would open up new opportunities and markets for Glencore in producing batteries for electric vehicles.