The German government has approved the delivery of controversial weapons systems to Saudi Arabia, the United Arab Emirates and Jordan, despite a January ban on arms sales to countries embroiled in the bloody conflict in Yemen. Germany is one of the five biggest exporters of arms in the world...

The German government has approved the delivery of controversial weapons systems to Saudi Arabia, the United Arab Emirates and Jordan, despite a January ban on arms sales to countries embroiled in the bloody conflict in Yemen.

Germany is one of the five biggest exporters of arms in the world.

The Republic of Yemen is a relatively new state. Several dynasties ruled the region between the 9th and 16th centuries. The most powerful was the Rasulid dynasty. In early 20th century, the country was divided between the Ottoman and British empires. North Yemen gained independence from the Ottoman Empire in 1918, and the British withdrew from South Yemen in 1967. South Yemen became a communist country and North Yemen remained traditional to its roots.

The Yemen Civil war began in 2011 with the Arab Spring protests that led to the fall of the then President Ali Abdallah Saleh on charges of corruption and economic grievances. Hadi, his deputy minister at that time, took over the region. However, the increasing political instability in Yemen paved the way for the Houthi, representing the Shiite minority, to take over the territory.

A military intervention was launched by Saudi Arabia in 2015, to influence the Civil War in Yemen. A two-year Saudi-led campaign has damaged infrastructure and caused a shortage of medicine in one of the poorest Arab countries.

The Saudi-led coalition has retaken swaths of Southern Yemen. However, rebels still control the capital Sana'a, and most of the country’s populated regions. The conflict, widely seen as a proxy war between Saudi Arabia and Iran, has caused a humanitarian crisis, including a famine which threatened over 17 million people, and an outbreak of cholera which infected hundreds of thousands. 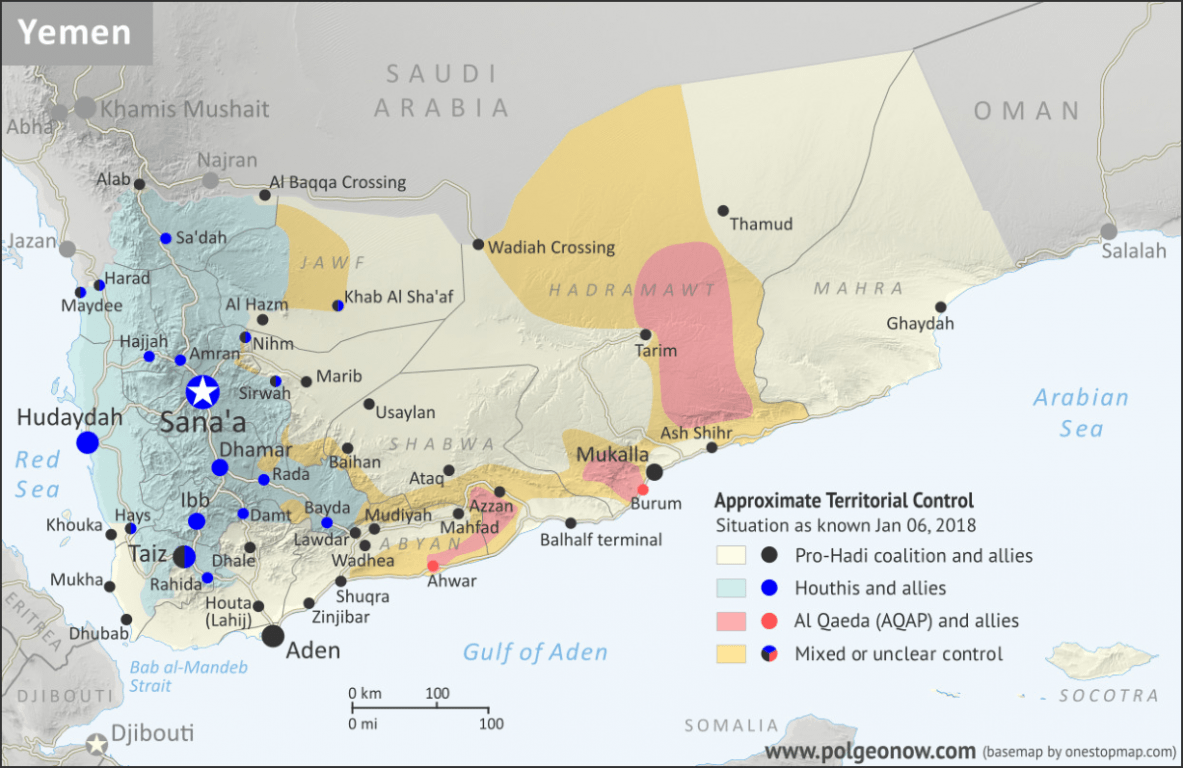 The letter was seen by the lawmaker who spoke to CNN. It also revealed that 48 warheads and 91 missiles for UAE warships had been approved, along with 385 anti-tank missiles for Jordan.

Qatar, no longer active in the Saudi-led coalition fighting in Yemen, was also cleared to receive an armored howitzer, 170 air-to-air missiles and seven air-defense missile systems, the lawmaker confirmed.

The weapons sales have come under criticism from German opposition parties. Earlier this year, Germany's governing coalition had halted weapons sales to countries involved in the Yemen conflict.

The coalition agreement was approved in January by the three parties in government: Angela Merkel's Christian Democratic Union; its sister party the Christian Social Union; and the center-left Social Democrats. It states that arms sales to countries involved in the war in Yemen would end. Germany's Economy Ministry has not issued any statement clarifying the new sale.

The report revealed that fragments of US-manufactured weapons had been found at the sites of a string of attacks since the start of the war, including a bomb that killed 40 children who were on a field trip in August.

It’s also the second deal in a week that involves a retraction of the Yemen-related ban by a European country.

After suspending the sale of 400 laser-guided bombs due to concerns over the Saudi role in Yemen, Spain announced it will proceed with the deal to honour another contract made in 2015 by a previous government, the country’s Foreign Minister Joseph Borrell said last Thursday.

Spanish media reported last week that Saudi Arabia was planning to retaliate against the cancellation of the bomb contract by scrapping a warship contract worth $2.2bn that would create 6,000 jobs in Spain - as the European country struggles with a 16 percent unemployment rate.

A report launched on 28 August by the Group of Eminent Experts on Yemen (YemenGEE), which was established in 2017 by the UN High Commissioner for Human Rights, concluded that individuals in the governments of Yemen, Saudi Arabia and the United Arab Emirates could be liable for acts that amount to international crimes “subject to determination by an independent and competent court”.

Our assessment is that countries at the forefront of military technology are mindful that Saudi Arabia is one of the largest buyers of armaments in the world. We feel that larger commercial interest and fear of retaliation by Saudi in cancelling larger military orders as in the case of Spain would have forced Germany to do a volte-face.