Bangladesh has announced that there is a plan in works to move Rohingya refugees present in the nation to a low-lying island. The country stated that it will begin..

Bangladesh has announced that there is a plan in works to move Rohingya refugees present in the nation to a low-lying island. The country stated that it will begin construction of facilities to begin "very soon."

Meanwhile, the United Nations has stated that Myanmar may be guilty of conducting genocide against Rohingya Muslims.

According to those who fled the region, a fresh bout of violence erupted in Myanmar on August 25th, 2017. Over half a million Rohingya Muslims fled the region as a direct result of it. In September, Myanmar blocked all United Nations aid agencies from delivering vital supplies of food, water, and medicine to those affected. 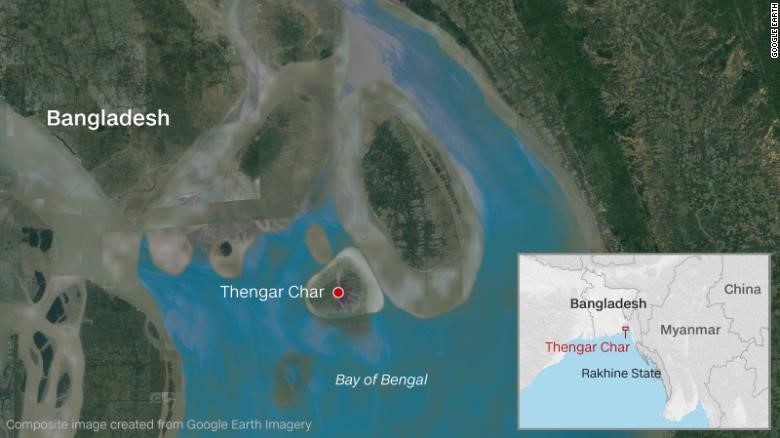 Bangladesh has announced that there is a plan in works to move Rohingya refugees present in the nation to a low-lying island. The country stated that it will begin construction of facilities to begin "very soon." Reports state that at least 100,000 of refugees will be shifted to Thengar Char. The remote island is also prone to multiple floods. There are around 1 million Rohingya Muslim refugees in Bangladesh presently.

Meanwhile, the United Nations has stated that Myanmar may be guilty of conducting genocide against Rohingya Muslims. UN human rights chief Zeid Ra'ad al-Hussein said that UN investigators have received He added that "concordant reports of acts of appalling barbarity committed against the Rohingyas" during a military crackdown in Rakhine state in August. These included allegations of security forces "deliberately burning people to death inside their homes, murders of children and adults; indiscriminate shooting of fleeing civilians; widespread rapes of women and girls, and the burning and destruction of houses, schools, markets and mosques. Given all of this, can anyone rule out that elements of genocide may be present?"

The international community has also called on Myanmar and its authorities to seek a resolution to the violence that has unfolded in the recent months. The US House of Representatives has condemned "ethnic cleansing" of Rohingya Muslims. "This slaughter must end, and our resolution ought to send a strong message to Burmese leaders that their commitment to restoring democracy will be judged by their respect for the individual rights and freedoms of all people living within Burma's borders, no matter their faith or ethnicity," House Democratic Whip Steny H Hoyer said in a statement.

Congressman Eliot Engel said, "It also calls for Aung San Suu Kyi (Myanmar's de facto leader) to exercise moral leadership, something that's needed now more than ever. We reject the Army's claims that what's taking place in Burma is a so-called counterterrorism measure -- that's nonsense. It's a textbook ethnic cleansing, that's what it is. We should also encourage other governments to stay engaged and continue to address the pressing needs of these refugees' needs that will only grow as long as this situation remains unresolved.”

Our assessment is that the continued persecution of Rohingya Muslims from Myanmar could result in the attraction of extremist point of views and more violence. The government of Myanmar should work towards gaining the trust back of the Rohingya Muslims and should ensure that the conflict is resolved as swiftly as possible.  The lives of millions are at stake.