India has slipped 21 spots in the World Economic Forum’s Global Gender Gap and is now ranked 108 out of 144. It is the lowest the nation has ranked since the body began..

India has slipped 21 spots in the World Economic Forum’s Global Gender Gap and is now ranked 108 out of 144.

It is the lowest the nation has ranked since the body began measuring gender gap in 2006.

The move is strongly inspired by the desire to close the ‘gender gap’.  It was reported that in the year 2016, only 860 of the 10,500 seats were filled by women, in spite of 2,200 women qualifying for the exam. India’s economy is growing, home to 101 billionaires. However, it is characterized by unbalanced development; the World Bank report states that India has the largest number of people living below the international poverty line.

India has made progress in the education gap between men and women. This is due to multiple-state led programs aimed at female enrolment that have been applied in the past few decades. This has resulted in a significant drop in drop-out rates among girls. However, the government has struggled to increase the female enrolment rate in secondary and tertiary education. Social factors have worked in stalling the progress in women’s rights in the nation. UNICEF has stated that the foetal sex determination industry that is run by unethical medical professionals is now a ₹1,000 crore industry in India.

International Monetary Fund’s Managing Director, Christine Lagarde has mentioned in 2015 that if India were to close its ‘gender gap’, it would boost India’s Gross Domestic Product (GDP) by 27%. India aims to reach a growth rate of 10% by 2020. According to the Confederation of Indian Industry (CII) analysis; an NGO that works closely with the government on policy issues asserts that it is possible to hit such targets if India creates 500 million jobs, annually.

The World Economic Forum (WEF) is a Swiss nonprofit foundation. It is headquartered in Geneva. It is committed “to improving the state of the world by engaging business, political, academic, and other leaders of society to shape global, regional, and industry agendas". It was founded in 1971 by Klaus Schwab. 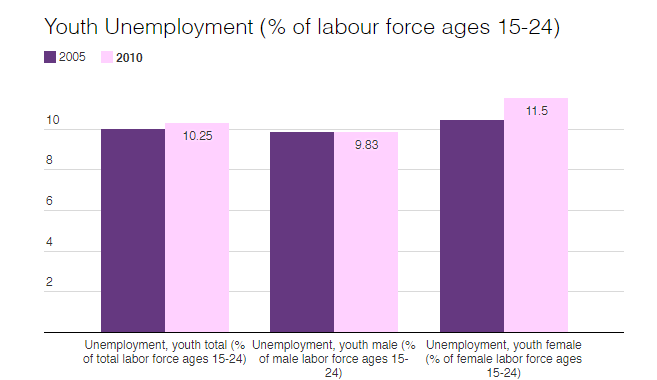 The World Economic Forum publishes the Global Gender Gap Report. The report, which was published in 2006, ranks countries according to calculated gender gap between women and men in four key areas: health, education, economy and politics. As of 2016, the report has covered 144 countries including major and developing economies. In 2016, India had been ranked in the 87th position. Iceland had been ranked 1st at the time.

In the latest report for 2017, India has slipped 21 spots and is now ranked 108. Once again the top ranked nation in the world was Iceland. The report notes that 88% of the gender gap has nearly been closed in Iceland. Norway, Finland, Rwanda, Sweden, Nicaragua, Slovenia, Ireland, New Zealand and the Philippines rounded up the top 10. Globally, the body noted that women’s progress has stalled. The gap between the achievements and well-being of men and women widened in the past year. This is the first time it has happened in the 11 years since the report has been published.

The report stated, “A decade of slow but steady progress on improving parity between the sexes came to a halt in 2017, with the global gender gap widening for the first time since the WEF’s Global Gender Gap Report was first published in 2006.”

It will now take 100 years to bridge the global gender gap. The body had estimated it to be 83 years in 2016. In terms of workplace gender divide, it will take 217 years for the global divide to be bridged.

In terms of India specifically, economic participation and opportunity pillar. “With more than 50 years having passed since the inauguration of the nation’s first female prime minister in 1966, maintaining its global top 20 ranking on the political empowerment sub-index will require India to make progress on this dimension with a new generation of female political leadership,” the report said.

“It was a disappointing year,” said Saadia Zahidi, head of education, gender and work at the WEF. The US slipped five spots in one year and is now ranked 49th in the world. China ranks 100 overall. It was ranked dead last in terms of women’s health.

“Competitiveness on a national and on a business level will be decided more than ever before by the innovative capacity of a country or a company. Those will succeed best who understand to integrate women as an important force into their talent pool,” said Klaus Schwab, founder and Executive Chairman, World Economic Forum (WEF).

Our assessment is that there is an indefinite exclusion of women in most diverse spheres of private and public life due to cultural and societal factors, which lead to structural disadvantage in the roles and positions of women aiding on to the ‘glass ceiling’. By bridging the gender gap, not only will India become more inclusive but it will also make progress economically. A recent ILO report stated that India’s economy could gain $1 trillion if it closes the wide gender gap in employment by 2025.