The International Monetary Fund has warned that a protected impasse between the GCC members could negatively affect the region’s economy. It has been five months..

The International Monetary Fund has warned that a protected impasse between the GCC members could negatively affect the region’s economy.

It has been five months since Saudi Arabia-led bloc of nations cut off ties with Qatar over the latter’s alleged links to terrorism.

In June 2017, a Saudi Arabia-led bloc of nations in Gulf cut all diplomatic ties with Qatar. Qatar has remained isolated with the blockage of its air, sea, and land links. Saudi Arabia, UAE, Bahrain, and Egypt alleged that Qatar sponsored terrorism in the region – a charge that Qatar has denied.

A stalemate now exists in West Asia. The Saudi Arabian bloc of nations have released six principles for Qatar to abide by, if the impasse should end. However, Qatar has ignored these principles and instead filed a wide-ranging legal complaint at the World Trade Organization to challenge the trade boycott. The nation is seeking remuneration.

Qatari Emir Sheikh Tamim bin Hamad al-Thani said in October 2017, that the nation was open to engage in diplomatic dialogue with the Saudi Arabia-led bloc. “We conveyed...that Qatar is ready to conduct a dialogue to solve the problem as we already know that no one will win.” He has also made it clear that any threat of Qatar’s sovereignty would be the nation’s “red line.” He added, “Our sovereignty is a red line. We don't accept anybody interfering in our sovereignty. They don't like our independence, the way how we are thinking, our vision for the region. We want freedom of speech for the people of the region and they're not happy with that, and so they think that this is a threat to them.”

In a recent interview, he also opened up and said that the impasse had come as a shock to Qatar adding, “A few weeks before that, we were meeting, all of us together, in one room, including President Trump. We were discussing terrorism, financing terrorism, and nobody brought any concern from those countries. Nobody told me anything.”

The Gulf Cooperation Council was established in 25th May 1981. It comprises of six member nations - Bahrain, Kuwait, Oman, Qatar, Saudi Arabia, and the United Arab Emirates. It is a regional intergovernmental political and economic union consisting of all Arab states of the Persian Gulf, except for Iraq. 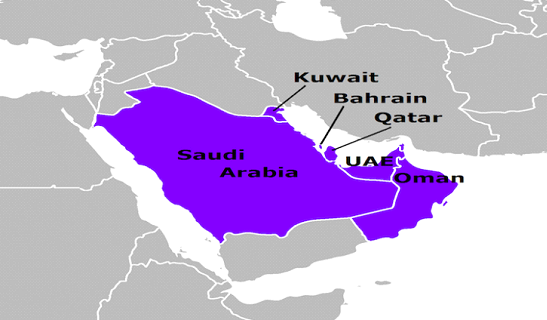 Recently Bahrain announced that the nation will no longer be participating in any summit also attended by Qatar. Bahraini King Hamad bin Isa Al Khalifa said that Qatar did not adhere to the spirit of the GCC. He said, “As long as Qatar continues this approach, the Kingdom of Bahrain cannot participate in any GCC Summit or meeting attended by Qatar unless it corrects its approach, comes to its senses, and responds to the demands of the countries that suffered so much from its policies.” A GCC summit is scheduled to take place in December in Kuwait.

The International Monetary Fund has said that Qatari economy and markets are adjusting to the rift. A protected impasse, however, could end up affecting the economy of Qatar and the GCC, warned the IMF in its ‘Regional Economic Outlook’.

“Reactions in GCC financial markets have also been benign, with initial spillovers rapidly dissipating. Over the longer term, a protracted rift could slow progress toward greater GCC integration and cause a broader erosion of confidence, reducing investment and growth and increasing funding costs in Qatar and the rest of the GCC,” the IMF said.

Qatar has been trying to keep its economy floating. According to Moody’s Qatar used $38.5 billion of its reserve to support the economy since the impasse. Turkey and Iran have become Qatar’s main partners in trade after the blockade was imposed. The region’s exports of oil and gas have continued without any interruptions.

The United States has tried to broker a resolution. US Secretary of State Rex Tillerson has made two visits to the region since the impasse. On the most recent visit he admitted that a swift end to this crisis was unlikely. He also noted that leaders of Saudi Arabia rebuffed his request for meetings on this matter.

Our assessment is that as the impasse continues, the region’s economy and its political stability will be threatened. Currently the GDP of the GCC region is $1.8 trillion. These countries are among the most important oil and gas exporters to the world. They are also strategically important in the fight against terrorism. It is possible that as the rift between Saudi Arabia and Qatar grows, the latter becomes even closer to Iran – this is an outcome that the US would want to avoid.