Four ministers in Saudi Arabia along with 17 princes have either been sacked or detained by the authorities just 24 hours after King Salman ordered the establishment..

Four ministers in Saudi Arabia along with 17 princes have either been sacked or detained by the authorities just 24 hours after King Salman ordered the establishment of a new anti-corruption commission.

He has appointed his 32-year-old son, Crown Prince Mohammed bin Salman to lead it.

Prince Salman has signaled that he will be introducing wide-sweeping changes to Saudi Arabia. In 2016, he detailed Saudi Vision 2030 that introduced his agenda of modernizing the nation. It was also a plan to reduce Saudi Arabia's dependence on oil, diversify its economy, and develop public service sectors such as health, education, infrastructure, recreation, and tourism. 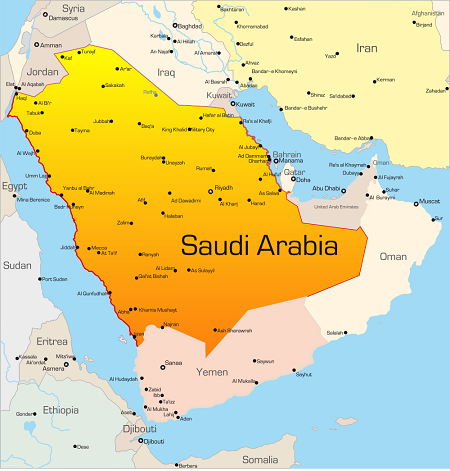 In 2017, the nation has taken strides in modernizing its society and reducing the power held by conservative clerics. Women can now drive cars and are allowed inside certain sports stadiums – this was banned earlier.

In November 2017, King Salman ordered the establishment of a new anti-corruption commission and named his 32-year-old son, Crown Prince Mohammed bin Salman, to lead it. Within 24 hours, authorities rocked the Middle East. Four ministers in the country along with 17 princes were sacked and detained. This includes well-known billionaire invest Prince Alwaleed bin Talal.

The men who have been detained are reportedly being held in Ritz Carlton. Historian Robert Lacey said, “I think there's a lovely irony in that many of these corrupt deals happened at the Ritz-Carlton and now these guys are locked up there," said historian Robert Lacey, who wrote two books about the kingdom. In historic terms, what we've seen in the last few months is nothing short of revolutionary. I've been waiting for 40 years for these things to happen, and they happened in four months."

Some of the wealthiest figures in the Arab world are in apprehension today," said military analyst Riad Kahwaji. "This is unprecedented. We're seeing it for the first time and it's definitely causing shockwaves across the region."

“The dismissals and detentions of prominent princes as well as senior military officers suggest that Mohammed bin Salman is extending his iron grip to the ruling family, the military and the national guard to counter what appears to be more widespread opposition within the family as well as the military to his reforms and the Yemen war,” said James Dorsey, a senior fellow at Singapore’s Nanyang Technological University.

In addition, there also seemed to turmoil within Middle East. Lebanese Prime Minister Saad Hariri announced his resignation from the Saudi capital of Riyadh. The political establishment was reportedly surprised by the announcement. Saudi Arabia also reported that the region’s military had intercepted a Yemen-borne ballistic missile over Riyadh. In another troubling development, a helicopter carrying several Saudi officials, including a high-ranking prince, reportedly crashed in the kingdom's southwest near the border with Yemen. An investigation is underway to probe into the why this occurred.

Our assessment is that the Crown Prince Mohammed bin Salman is consolidating power and ensuring no political threats within the region with the latest development. His rise in the ranks is also a signal that in the coming months, the Kingdom’s intervention in Yemen could escalate into an all-out war in the region.