G7: Artefact of a Bygone Era?

The 45th summit of the G7 has concluded in Biarritz, France. Can the G7 bloc retain its pre-eminent position in a globalised flat world with the widest dispersion of economic and political power ever experienced in its history?

The G7 was born out of a crisis. As the first oil embargo by OPEC and the collapse of the Bretton Woods fixed exchange rate system, shook the world economic structure to its roots, the rich and powerful nations came together to seek a remedy. Italy, Germany, France, Japan, the United Kingdom, and the United States met in 1975 in an endeavour to stave off global economic disaster. The strategies evolved at the highest level were instrumental in preventing collapse.

The first summit was convened in 1975 at the behest of the French President Valéry Giscard d’Estaing and Chancellor Helmut Schmidt at the Chateau de Rambouillet, 50 kilometres south-west of Paris. 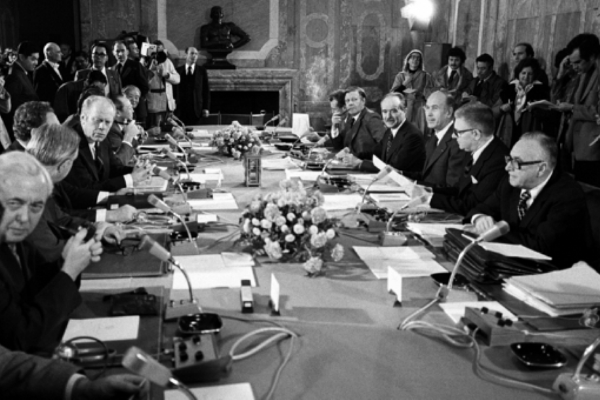 Canada joined in 1976 followed by Russia in 1998. The European Union has participated in the G7 since 1981 as a “non-enumerated” member.

Whilst G7 remains an exclusive club, the scope of discussions can be widened by inviting dignitaries from outside the G7 to attend the Summit. This year Indian Prime Minister Narender Modi and the Iranian Foreign Minister Mohammad Javad Zarif were guests of the French President.

A major fissure in the G7 appeared in 2014. Following the Russian annexation of Crimea, the G7 nations decided to meet without Russia until further notice.

The next meeting is scheduled to be held under the Presidency of Trump in the US.

The 45th summit of the G7 concluded in the French resort town of Biarritz, Nouvelle Aquitaine, France. The objective of the summit laid down by the French President was as follows:

The one-page communique issued at the end of the summit dwelled upon following issues:-

· Free Trade - “The G7 is committed to open and fair world trade and to the stability of the global economy”.

· Iran -"We fully share two objectives: to ensure that Iran never acquires nuclear weapons and to foster peace and stability in the region".

· Ukraine- “France and Germany will organize a Normandy format summit in the coming weeks to achieve tangible results”.

· Libya –“We believe that only a political solution can ensure Libya’s stability”.

· Hong Kong – “The G7 reaffirms the existence and importance of the Sino-British Joint Declaration of 1984 on Hong Kong and calls for violence to be avoided”.

G7 remains divided on re-entry of Russia into the bloc. President Trump pressed for its reinstatement but failed to achieve a consensus.

The last few Summits have led to inconclusive discussions mainly because narrow election compulsions/lack of a world vision, thwarted formulation of cogent resolutions for benefit of the larger world.

In addition to its internal conflicts, the G7 is no longer as influential as it once was. Jim O’Neill and Alessio Terzi of the European research institute Bruegel wrote that the G7, “in its current formulation, no longer has a reason to exist, and it should be replaced with a more representative group of countries.”

Though criticised as "an artefact of the bygone era", the G7 points to a number of successes, by helping to launch a global fund to fight AIDS, TB and malaria, which has saved 27 million lives since 2002.

G7 has been a driving force behind the implementation of the 2016 Paris climate agreement, though the Trump administration has announced that it will withdraw.