According to the 2017 World Press Freedom Index compiled by Reporters Without Borders (RSF), India ranks 136 and has become the third most dangerous country..

According to the 2017 World Press Freedom Index compiled by Reporters Without Borders (RSF), India ranks 136 and has become the third most dangerous country for journalists. Over the last 16 months, 54 journalists have been subject to attacks and the saddening part is the pattern of impunity. Out of 114 incidents of attacks on journalists in 2014, only 32 were taken into consideration and were arrested. This has also been the year when Mr. Narendra Modi was declared to be India’s next Prime Minister.

During the reign of British Empire there were several acts which were passed as stringent curbs over the Indian Press. Prior to the 1857 mutiny the press was fiercely involved in rallying the masses and the British government was becoming agitated about the press’ freedom.

In view of which, a “Gagging act” was passed by Lord Lytton to retrench the Indian Publications’ content. This act coerced all the Indian Publications to apply for a licence from the government, while also ensuring that nothing was written against the British government. Unfortunately for the government, the Press was impervious to the “Gagging Act”, working its way around circulating news. Also came into existence was the “Amrita Bazar Patrika”, a bilingual, rooting its politics into the freedom struggle.

Historians have stated that one of the darkest times for freedom of press in India was during the Emergency. For a period of 21-months from 1975 to 1977 then Prime Minister Indira Gandhi had a state of emergency declared. Opponents were imprisoned, and the press was heavily censored. 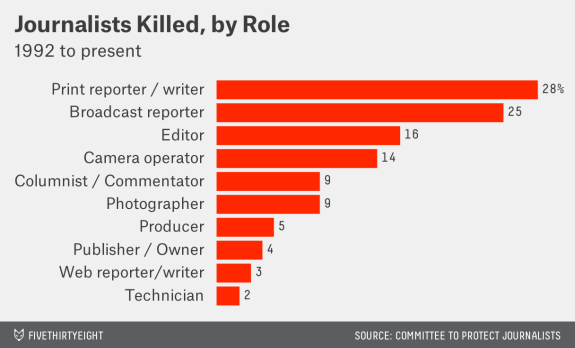 India has long been ranked low for freedom of press. According to the 2017 World Press Freedom Index compiled by Reporters Without Borders (RSF), it is now the third most dangerous country for journalists.

Mark Tully, a veteran BBC correspondent who was expelled from the country during the Emergency but now lives in Delhi has spoken about the current regime noting, “Modi doesn’t take that kindly to criticism, and he doesn’t engage with the media. The media has no real access to him at all.”

Two years ago, Neha Dixit, a freelancer, penned a critical report in Outlook magazine on alleged child trafficking by affiliates of the Rastriya Swayamsevak Sangh, the Hindu nationalist organization where Modi got his start. After a complaint from members of Modi’s political party, Dixit was charged in a criminal complaint with promoting disharmony among different religious and other groups, a charge that carries a penalty of up to five years in jail. For weeks, she and her husband were the subject of online threats. “Somebody published our residential address and said we should be beaten black and blue,” she said. She has spent $1,200 on legal fees so far.

In September, the editor for the Hindustan Times newspaper, Bobby Ghosh, an American citizen, was forced out just over a year in the job after he launched an online portal to monitor hate crimes called “Hate Tracker.” He reportedly was relieved of his duties after Modi told the newspaper’s company chair, Shobhana Bhartia, that it was “undignified” to have a foreigner running the paper, said two journalists familiar with the exchange, who spoke on the condition of anonymity because of the sensitivity of the matter. Ghosh declined to comment, and Bhartia did not return telephone calls or emails.

In September 2017, Gauri Lankesh was a prominent journalist and writer, who lived in Bangalore, Karnataka was found brutally murdered. She had been a staunch critic of right-wing propaganda and Hindu nationalism.

Our assessment is that freedom of press is necessary for the functioning of a democracy like India. The right to voice dissent and criticism is one of the trademarks of freedom of speech and should be protected. The rights as well as the lives of journalists should be protected in ensure proper, fair and transparent governance in India.