France in favor of nuclear deal

Today, Iran's Foreign Minister Javad Zarif sounded a grave warning to the world noting that Iran would resume its nuclear programme "at much greater speed"..

Today, Iran's Foreign Minister Javad Zarif sounded a grave warning to the world noting that Iran would resume its nuclear programme "at much greater speed", if the US withdrew from the accord.

Iranian President Rouhani has said that the West has “no right to renegotiate the deal.”

French President Emmanuel Macron met with US President Donald Trump and has urged his counterpart to support the Iran nuclear deal. If the US does not re-certify the deal by May 12th 2018, Iran has warned it will resume its nuclear program.

The United States and Iran do not have any formal diplomatic relations or ties. The two nations share an acrimonious relationship. In 2002, US President, George W Bush, referred to Iran as being part of the “axis of evil.”

US President Trump refused to certify Iran’s compliance with the deal in October last year. He directed his administration to “address the deal’s many flaws so that the Iranian regime can never threaten the world with nuclear weapons.” Additionally, in January this year, Trump announced that he would extend the waiver of sanctions until Europe and the US could fix the deal. Washington hopes for the European allies to commit to improving the deal by May, in return for which it would renew sanctions relief. 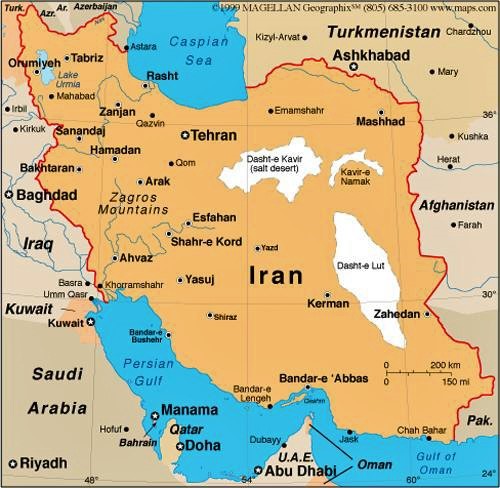 European powers have repeatedly affirmed their support for the nuclear deal in the recent months. Theresa May, Emmanuel Macron and Angela Merkel released a joint statement in support of the deal. Federica Mogherini, the Foreign Policy Chief of the European Union, has also been in favor of the JCPOA. Mogherini said, “We cannot afford as the international community to dismantle a nuclear agreement that is working. This deal is not a bilateral agreement ... The international community, and the European Union with it, has clearly indicated that the deal is, and will, continue to be in place.”

In January 2018, Iranian Foreign Minister Mohammad Javad Zarif met with his French and German counterparts in Brussels to discuss the nuclear deal. The meeting took place at the request of the European Union.

In April 2018, French President Macron met with US President Donald Trump and urged him to continue the deal. He said that there are no better alternatives. “Is this agreement perfect and this JCPOA a perfect thing for our relationship with Iran?  No. But for nuclear — what do you have? As a better option? I don’t see it,” he said. He also noted that this would prevent Iran from turning into another North Korea-like rogue state.

“This will be a chance to persuade Trump before May 12,” said one EU diplomat, hailing the “nice” coincidence of the sequential trips by the bloc’s two most influential leaders. German Chancellor Angela Merkel is also scheduled to visit Trump in Washington before May 12th. EU leaders are concerned that without US, the deal will be essentially null and void. European nations that have continued to work in the region are also concerned over the future of the nuclear deal. Diplomats have noted that rather than dissolving the nuclear deal, European leaders are seeking to impose more sanctions in Iran, especially for its actions in Syria.

Steffen Seibert, who is Merkel’s spokesman, said last week that Germany was “concerned about Iran’s ballistic missile programme and about Iran’s regional activities, because those, too, touch on European security interests”.

Our assessment is that barring Washington, the nuclear deal has international support especially from the European Union. There are concerns that if Iran backs away from the nuclear deal, it will be difficult to regulate its nuclear programme. We believe that it will be necessary for Washington and its allies to come to a decision that ensures that the JCPOA remains in place. Given that the EU member states and Russia are in favor of continuing the agreement, it would be hard for the US to delegitimize it.

If the United States retracts from the Iran deal, Russia and China can be counted on to pursue their respective security and commercial interests to block any attempts to reinstate effective sanctions.