Mr. Sumeet Verma is the Director of Strategy at Intel India. This article is based on his views at the 104th virtual forum on ‘Semiconductors and Supply Chains in Asia’, jointly organised by the Synergia Foundation and the Taiwan Center for Security Studies.

Intel has been an integrated device manufacturer (IDM) since its establishment in 1968. This means that it designs and builds its own semiconductors. Only a few months back, the current CEO of Intel - Patrick P. Gelsinger, had remarked that the company is “setting a course for a new era of innovation and product leadership”. This primarily entails three components.

Firstly, Intel will continue to build most of its products inhouse and expand its internal factory networks for ad-scale manufacturing. This means that additional investments will be poured into fabrication. In fact, the company has already announced an investment of 20 million dollars in Arizona. Secondly, Intel will expand the use of third-party foundries. It has already been using such facilities for specific equipment. The company will continue to do that, in order to ensure additional flexibility and scale. Thirdly, Intel will build a world class model for foundry business services, as it has hitherto been unable to do that effectively. 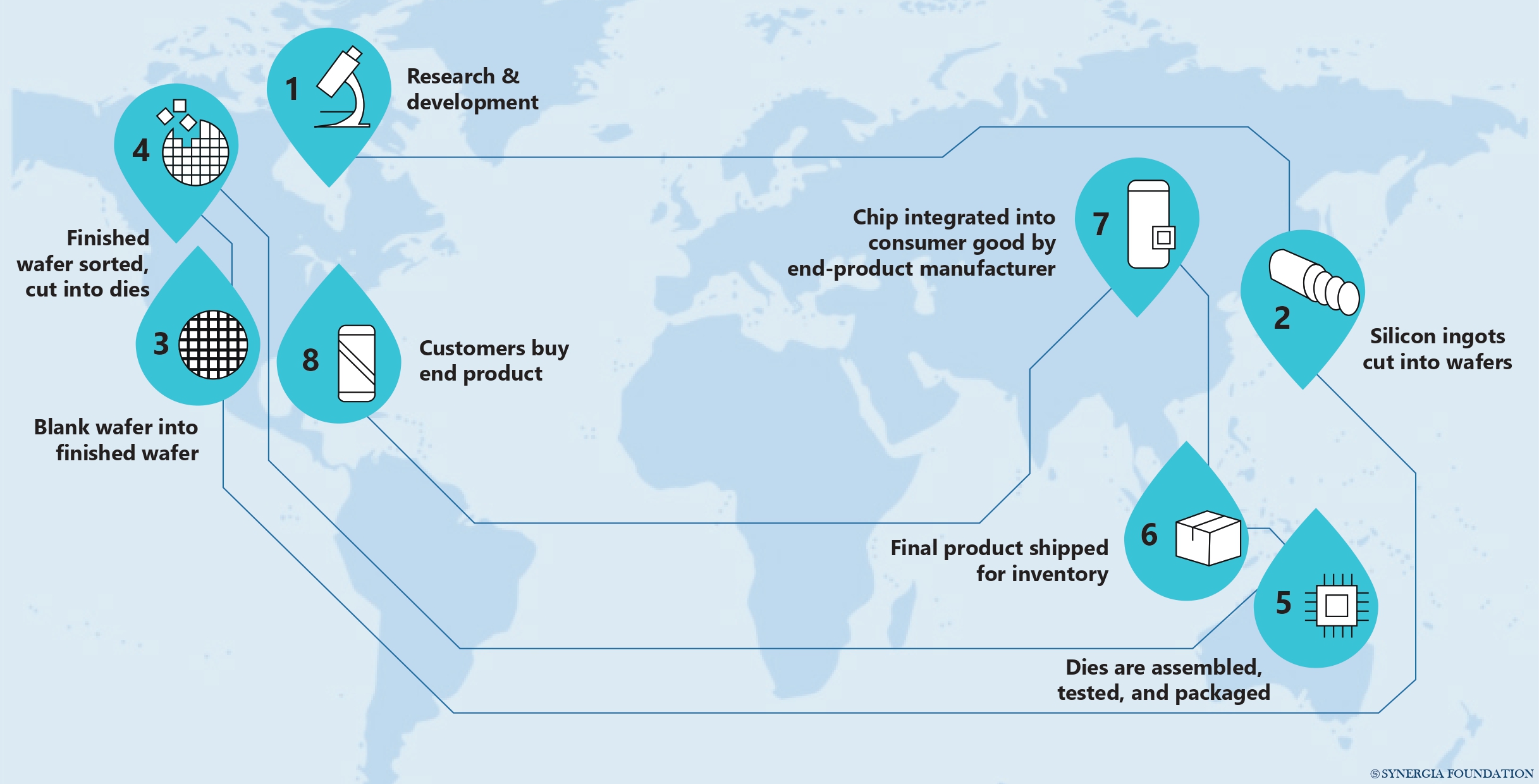 For countries and businesses around the world, there are several external and internal factors that will inform their semiconductor strategy going forward. Firstly, there has been a significant shift in the global semiconductor business model, spurred on by huge growth in Artificial Intelligence (AI)-based chips. Over the next five years, it is expected that 80 per cent of the growth in semiconductor industries will be led by such AI-based chips.

Secondly, geopolitical risks are forcing nation-states to locate their supply chain roles in-house and establish internal supply chain centres of excellence. Against this backdrop, India has developed a robust ecosystem for design, both in the pre-fabrication and post-fabrication stages. Moreover, supply chain roles like planning, sourcing, operations, and fulfilment have substantially shifted to the country and its neighbours.

The Indian government has also been proactive in rolling out schemes to encourage electronics production. By creating a vision to incentivise manufacturing and assembly activities in India, it has prompted many companies to seriously explore the Indian market. Groups like Samsung and Tata are leading the pack, even as research organisations like the Indian Institute of Science develop compound semiconductor fabs like gallium nitrate.

As mentioned above, India has obvious strengths in design. Almost all the top design houses in the world, including Intel, Texas Instruments, Qualcomm, or Arm Ltd., have at least 30 per cent of their global workforce in India. At the same time, the supply chain ecosystem in the country is relatively weak. It does not rank anywhere close to the ‘Top 20’. As a result, there is a pressing need to build up some aspiration in the system. A partnership with Taiwan can go a long way in bridging this gap.

It is also important to look at the semiconductor value chain. Apart from actual fabrication, which requires wafer technology, there is core research and development (R&D), supply of raw materials, assembly, testing, packaging and finally, distribution.

For India, a unique model that can be employed is the creation of multiple centres of excellence, where several firms come together and drive improvements across specific areas of the supply chain like procurement, operations, logistics and quality-based enginery. To realise this objective, it is critical to identify and map what the semiconductor industry requires, apart from what the Indian government is already offering. There is also a need to nurture skillsets and facilitate knowledge exchange with countries like Taiwan. Eventually, these supply chain centres of excellence can help India to become a global leader in the semiconductor industry.