Amid dwindling demand for fossil fuel, General Electric has announced it will be cutting 12,000 jobs at its global non renewable power business unit. This is the struggling industrial..

Amid dwindling demand for fossil fuel, General Electric has announced it will be cutting 12,000 jobs at its global non renewable power business unit.

This is the struggling industrial conglomerate’s latest effort to shrink itself into a more focused company.

It is an American multinational corporation operating in sectors like Consumer capital finance, Energy, Technology Infrastructure and Industrial finance. It is headquartered in Boston, Massachusetts. It is one of the largest and most influential business firms across the globe. In terms of gross revenue, GE is listed as the 26th Largest Business Organization according to Fortune 500. In 2011, GE ranked as the 14th most profitable. The Nobel Prize has twice been awarded to employees of General Electric: Irving Langmuir in 1932 and Ivar Giaever in 1973.

Demand for coal and oil will peak in 2020 as the renewable energy revolution gathers pace and undercuts fossil fuels on price, according to a study by the Grantham Institute of Climate Change and the Environment at Imperial College London and the Carbon Tracker think tank. Cheaper electric vehicles, for example, could cut the market for oil by two million barrels a day by 2025. In addition, the prices of renewable sources of energy like solar have plummeted in the recent years. Especially in the US, the cost has come down due to falling costs of photovoltaic hardware, driven by market competition, as well as improvements in efficiency. 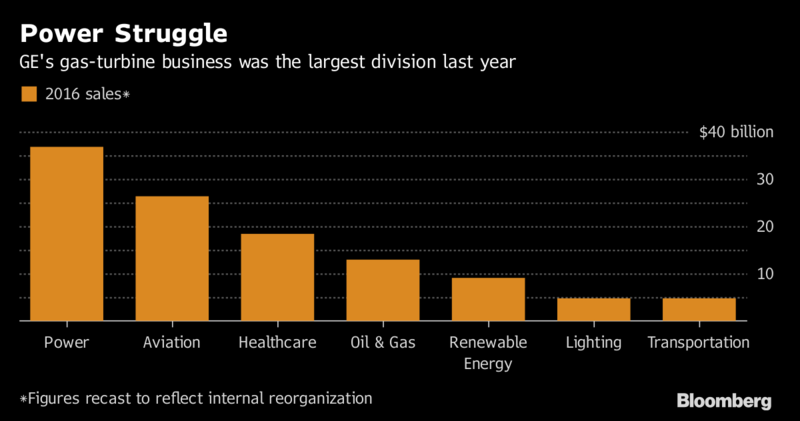 Two year ago, GE bet big and spent $10 billion to buy Alstom SA’s energy business. However, amid dwindling demand for fossil fuel, General Electric has announced it will be cutting 12,000 jobs at its global power business.  This is the struggling industrial conglomerate’s latest effort to shrink itself into a more focused company.

Russell Stokes, head of GE Power said, “This decision was painful but necessary for GE Power to respond to the disruption in the power market, which is driving significantly lower volumes in products and services. Power will remain a work in progress in 2018. We expect market challenges to continue, but this plan will position us for 2019 and beyond.”

The cut represents about 4 percent of GE’s overall workforce of 295,000. It also represents about 18 percent of GE’s Power business. The company has not provided any further information except that the job cuts will primarily be outside of the US. The company has noted that it is aiming to save around $1 billion in 2018 at its power business.  It also affirmed that its experts had come to the conclusion that fossil fuel demand was coming down.

“They clearly misjudged the shift that’s going on in the market,” said Jeff Sprague, an analyst with Vertical Research Partners. “It’s possible that there’s some semblance of stabilization, but there’s not really a good case for the business to go back to its former strength.”

A month ago, Siemens AG announced a plan to eliminate 6,900 positions and close factories amid a sharp drop in orders for power-plant equipment.

Our assessment is that GE’s announcement is a clear indication that the demand for renewable sources of energy is going to continue to rise. The International Energy Agency recently published a report noting that renewable sources like wind and solar energy are likely to grab a bigger share of the market in the coming decades. They will also be generating more electricity than coal worldwide by 2040. GE’s move to spend $10 billion on Alstom’s energy business has backfired.