While the pledge to end deforestation is a positive move, it is crucial to establish a mechanism that ensures accountability and balances developmental concerns.

At the 26th United Nations Climate Change Conference (COP 26), one of the significant outcomes was a pledge from over 100 world leaders to end and reverse deforestation by 2030. These signatory countries possess over 85 per cent of the world’s forests. A commendable and long-awaited commitment, no doubt, but the devil lies in the details of how it will be implemented.

The United Nations Climate Change Conference (UNCCC) has been an annual event since its inception in 1995. It was preceded by an international environmental treaty signed by 154 countries in 1992. The treaty was created to combat climate change (with a focus on greenhouse gas emissions). All parties involved had acknowledged that the climate is changing and its adverse effects are a common threat to humanity.

The Climate Change Conference has evolved as a forum where politicians, scientists, lobbyists, and activists gather to try and come up with goals to combat climate change. At the same time, they seek to balance the development needs of various nation-states. Although the issues surrounding climate change, such as emissions, have not yet been resolved, COP continues to have an impact. It has pushed nations in the right direction, for example, through the Paris Agreement or the Kyoto Protocol. 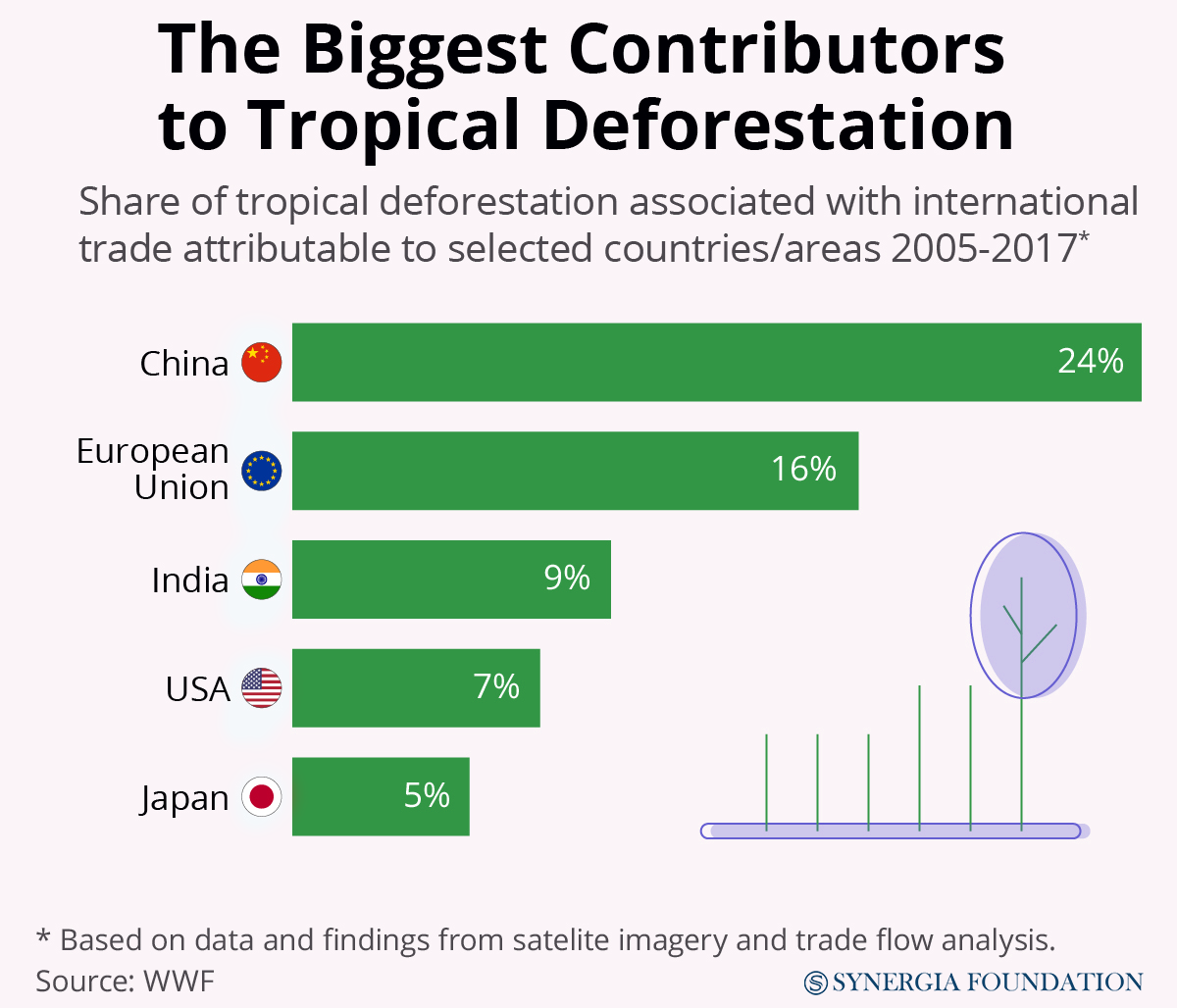 Forest covers are integral to the reduction of carbon emissions. Apart from moderating the quantity of greenhouse gases in the atmosphere, they also help in the short-term cooling of the earth's temperature. According to the World Resource Institute (WRI), they absorb about 30 per cent of all CO2 emissions, which is stored as carbon within the plants (or in the soil). However, due to deforestation, all this stored carbon gets released into the atmosphere, mainly as CO2. According to reports, between 2015-17, the loss of forests had contributed the equivalent of 10 per cent of all human CO2 emissions. In 2020, the world was estimated to have lost over 250,000 square kilometres of forest land.

Along with reducing fossil fuel usage, it is vital to protect and recover these forests. Acknowledging the consequences of deforestation, at COP26, over 100 countries have pledged to end and reverse deforestation by 2030. Thirty of the world’s largest financial institutions have also pledged to stop investing in any activities linked to deforestation. Over 19 billion dollars are being invested towards this goal, with 12 billion dollars going to developing nations to assist them in restoring degraded land and fighting wildfires. The countries that are part of the deal are home to over 33 million square kilometres of forest cover. The pledge itself is signalling a level of seriousness on the part of nation-states dealing with the issue.

However, ending deforestation is no easy task for multiple reasons. A similar pledge was undertaken in 2014 and ended up being an abject failure. To make the pledge work, it is essential to first establish a monitoring and accountability process. More importantly, financial considerations must be extended to those countries that sacrifice their economic growth to avoid deforestation.

According to the Worldwide Fund for Nature (WWF), there are six leading causes for deforestation. These are Conversion, Forest Fires, Illegal Logging, Fuel Wood Harvesting, Mining and Climate Change. Agriculture is considered to be the primary cause of deforestation. Forests are being converted into agricultural land because of the rising demands due to higher incomes across the globe, spurring consumerism and the population explosion. Prof. Simon Lewis, an expert in Climate Change and Forests, points out that if the countries want to meet the 2030 target, they will have to tackle the issue of rising meat demand, as most meat is grown on converted forest land. Beyond meat, agricultural land is also used to make a wide range of products that people use in their daily lives, such as coffee, tea, cooking oil, shower gel, detergents, paints, fertilisers, insect sprays and much more. The countries that have signed the pledge have not elaborated on how they intend to work around this thorny problem.

Governments can tackle deforestation from multiple angles. However, rising consumer demand is the most significant cause of deforestation today. It will be challenging for governments to regulate demand for consumer goods.