With the first few grain-laden ships tentatively sailing out of besieged Ukrainian seaports, the world is coming to recognise the strategic importance of the Black Sea for the global economy. When the agreement to allow the shipment of Ukrainian grain through Black Sea ports was cobbled together through the good offices of the UN Secretary-General and President Erdogan of Turkey, the world would have heaved a sigh of relief.

The Black Sea is an important route for global commerce, and five months of fighting has almost closed it for all merchant shipping. Now with Russia grudgingly allowing the passage of a few grain-bearing ships, hope has risen that the economic impact of the war would gradually be mitigated through the reestablishment of freedom of navigation in this important sea route of communication.

Ukraine enjoys some of the best seaports amongst all the nations on the coast of the Black Sea, with 18 modern ports capable of servicing all types of shipping. These ports are its economic lifelines through which flows its precious commodities and manufactured goods to replenish the hungry global supply chains. Therefore, it was no surprise when the powerful Russian Black Sea fleet blockaded these ports right at the commencement of hostilities while making serious efforts to capture important ports like Mariupol and Kherson.

Due to the indiscriminate nature of its lethality, sea mines have largely remained absent from the naval battlefields after World War II. These have been used in a controlled manner in the Persian Gulf and during the Vietnam war when the U.S. attempted a blockade of North Vietnam's Haiphong Harbour to put pressure for negotiations. However, during the current fighting in Ukraine, sea mines have been indiscriminately used with both sides blaming the other, thus making the Ukrainian sea ports extremely hazardous. Logic demands that to deter a Russian amphibian assault on major ports like Odesa and Kherson, sea mines would be the most viable option for a much weaker Ukrainian Navy. Even more lethal are unmoored or mines that have broken from their mooring wires to float freely along the navigation channels, posing imminent danger to all shipping, big and small.

Since the Tsarist times, sea control over the Black Sea has been a pillar of Russian military power. The 2014 annexation of the Crimean Peninsula was a part of this historical strategy as it provided an ideal platform for power projection in the region. The peninsula was rapidly militarised with long-range missile systems and anti-air defences. While Russia has refrained from deploying nuclear weapons on Crimea, it's a threat in being with Kremlin retaining the option for their deployment at a moment's notice.

It is these maritime power considerations that drove the Russian efforts to capture the strategic port of Kherson on the Dnieper River near the Black Sea and the port city of Mariupol on the Sea of Azov, despite heavy losses. 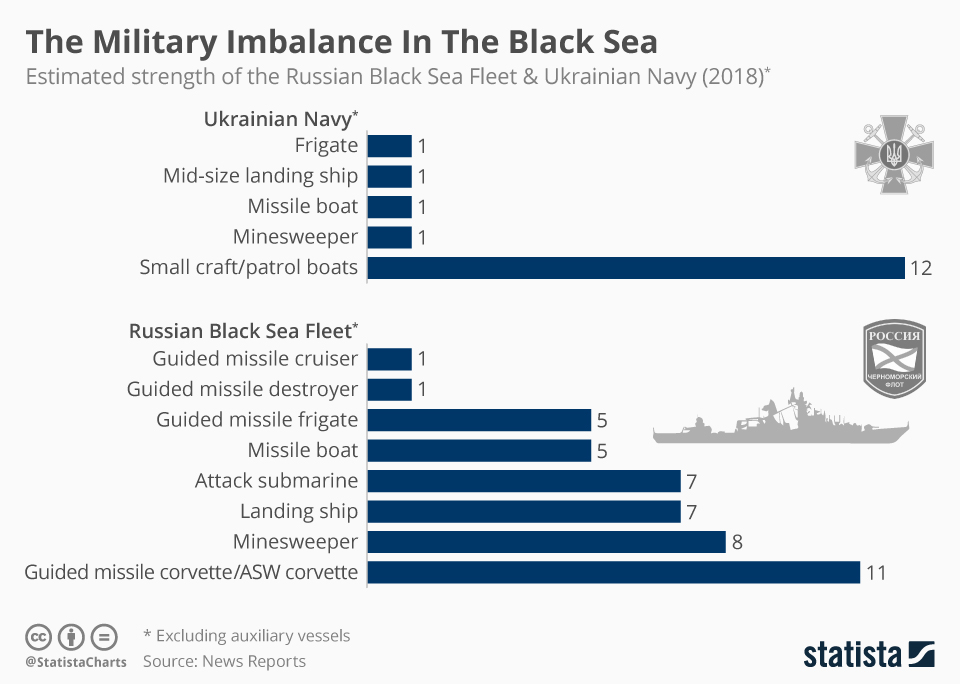 The control over the Black Sea is important for a resurgent Russia not only to cut Ukraine down to size by strangling its global trade but also to the furtherance of Russian power projections elsewhere in the world.

For Russia to retain its pre-eminence in the region, control of the Black Sea is a prerequisite, as it is the traditional warm water access to Europe and a stepping stone to the Mediterranean. The Soviet Black Sea fleet, based in the Crimean port of Sevastopol, was responsible for the Black Sea, the Sea of Azov and the Mediterranean. As members of the Warsaw Pact, Bulgaria and Romania further secured the Soviet flanks in the Black Sea. The only outlier was Turkey, which has a stranglehold on the Bosporus (for the Sea of Marmara) and the Dardanelles (for the Aegean).

Post-2000, as the West retreated from the Mediterranean, there was a resurgence of Russian Naval power in these waters, especially in Eastern Mediterranean. It allowed President Putin to play a major role in the middle east, where his naval firepower played a crucial role in propping up the Assad regime in Syria.

The softer approach that President Putin has adopted towards Turkey, despite severe provocations in Northern Syria, Libya and Nagorno Barakah, clearly shows the acceptance of Ankara's position of advantage vis a vis Russian interests. Kremlin will always orchestrate a reproachment with Turkey to gain better access into the Turkish Straits through diplomatic means, the end goal being a credible naval presence in the oil-rich eastern Mediterranean.