International aid agencies would have heaved a collective sigh of relief when Russia and Ukraine signed the deal to allow exports of Ukrainian wheat through its Black Sea ports. Prodded by Turkey and a desperate UN, the deal holds out promises to restore stability in the commodities markets and replenish quickly depleting grain markets in the Middle East and North Africa (MENA).

With the firing of the opening rounds of the conflict in Ukraine, the Russian Black Sea fleet imposed a naval blockade of the entire Ukrainian coastline on the Black Sea. It meant that Ukrainian grain exports were effectively stymied since 75 per cent of them flowed from the Black Sea ports of Odesa, Yuzhny, Chornomorsk etc. While these three ports remained under Ukrainian control, the hard-pressed Ukrainians had mined all possible approaches to deter Russian amphibious assaults. 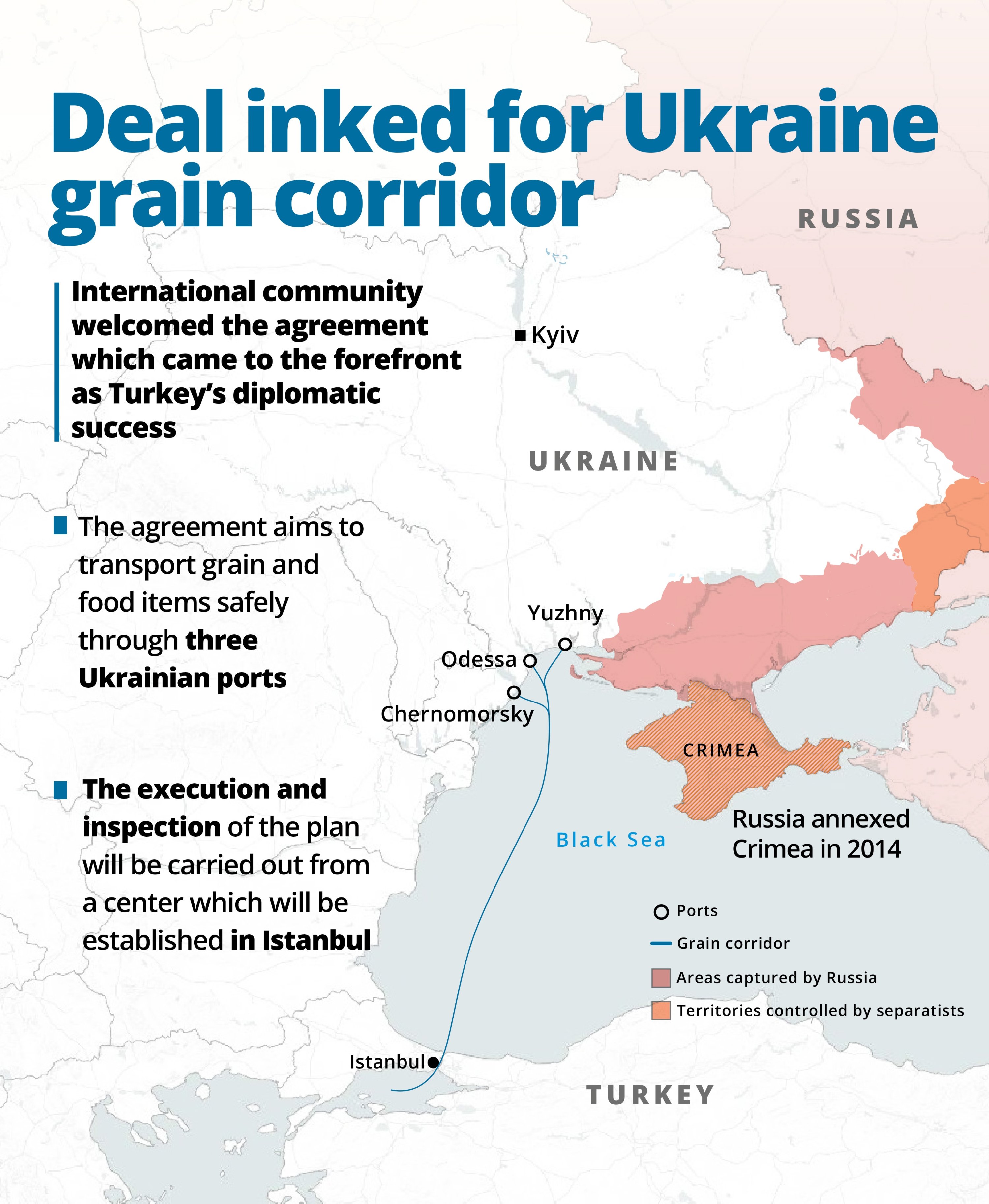 As per the Washington-based International Food Policy Research Institute (IFPRI), this year's wheat harvest is estimated at about 20 million tons which will be followed by almost 40 million tons of feed grains later this year. Combined with the piled-up grain consignments since February this year, it can be safely assumed that Ukraine would be running out of storage space. It will be forced to keep vulnerable stocks in the open or under temporary storage facilities resulting in huge losses due to weather and rodent damage. Every day, Ukraine is bleeding much-needed revenue from its piling grain reserves which will find no buyers once they start rotting.

Not that Ukraine did not explore alternate routes for exporting its grain. It used its excellent Soviet-era rail network to use the Romanian ports on the Black Sea and even the Polish ports. However, the multiple transhipment points and the ongoing Russian air and ground assaults made surface transportation time-consuming and not profitable. At best, Ukraine could send about two million tons per month, far below its usual average. As per IFPRI, almost 20 million tons of grain are already clogging its storage capacity, leaving no space for the fresh harvests that will start coming soon. The alternate routing is adding to the shipping cost, making the wheat more expensive and reducing its attractiveness in the highly competitive global commodities market.

If Ukrainian farmers are unable to recover their costs from the current harvest, as also from the grain in storage, they will be unable to invest in fresh crops next year, triggering a cycle that will linger in the already tightening global food situation.

While the UN Secretary-General António Guterres gave credence to the deal with his personal presence on the stage during the signing ceremony, along with President Erdogan of Turkey, there are still many challenges to its successful implementation. No sooner had the deal been signed than mysterious cruise missiles fired from the sea slammed into port installations at Odessa, one of the ports designated for the grain shipments. Russia denied its complicity, which the Western world would refuse to accept. While the attacks were not sustained, the price of insurance shot up considerably, making it even more expensive to ship the grain.

More importantly, these shipments have a very narrow consumer base and are a mere fraction of the grain trade which took place through the Black Sea ports sustaining the food markets at affordable levels globally. Hence, unless this first initiative is followed by a larger and more sustained supply, the shrinking food reserves in the MENA region are unlikely to get replenished. And Russia, which exercises a stranglehold on the Black Sea route, will not permit the resumption of the trade from Ukraine unless substantial concessions are made on the crippling economic sanctions imposed on Russia. So, in brief, it is a catch-22 situation.