The Finger of Blame

A sombre atmosphere prevails in the international community as the Taliban moves to quell the last island of resistance in Panjshir Valley. The heart-wrenching images of Afghani civilians thronging the tarmac at Hamid Karzai International Airport and clinging to the departing U.S. military planes will not be easy to forget. However, even as the world comes to terms with the Taliban reincarnation, there is a heated debate about who is to be held culpable for this debacle.

Predictably, the Biden administration has received a lot of flak for failing to plan and execute a smooth exit. Others, however, have faulted the Afghan government and the military for not defending their nation and its much-vaunted constitution more stoutly, despite the considerable military assets placed at their command by the departing Americans. Amidst such high-octane political rhetoric, it is imperative that an objective analysis of the perceived failures be undertaken, especially at the intelligence, policy, strategic and tactical levels.

Despite grim predictions of a destabilised Afghanistan, a confident President Biden had assured his nation and the international community, as late as in July 2021, that the 300,000-strong Afghan National Army (ANA) would keep the Taliban at bay. Even when faced with rapid Taliban gains in the provinces, the U.S. continued to maintain that the Ghani government would last for at least another six months. However, this optimism proved to be tragically misplaced when triumphant Taliban fighters entered the presidential palace, barely ten days after the fall of the first provincial capital of Zaranj.

Against this backdrop, many analysts have termed this a 'monumental' and ‘cataclysmic’ intelligence failure, with some even comparing it to the information gap during the Tet Offensive in the Vietnam war. In the context of Afghanistan, however, intelligence agencies appear to have underestimated the speed at which the Taliban would seize the capital, thereby leaving little time for the U.S. forces to secure the airport and prepare for orderly evacuations. Having set an expedited deadline for troop withdrawal, the predominant view is that the U.S. should have been able to pre-empt the consequences, apart from tracking the real-time movement of Taliban fighters.

Besides these glaring omissions, experts have pointed out that there was a lack of intelligence synergy between the U.S. forces and the ANA. While the former had access to technical intelligence, the latter was more proficient in collating human intelligence. It is unclear whether such information was effectively shared between the two, owing to existing cultural friction.

Certain members of the U.S. intelligence community, however, have pushed back against the view that this was an intelligence failure. According to them, the U.S. government had been given adequate warnings about the fragility of the situation, well before the Taliban offensive. The U.S. State Department and the Central Intelligence Agency (CIA), in particular, had flagged the possibility of an impending collapse of the Afghanistan government. Ignoring this assessment, however, the Biden administration had proceeded with the expedited withdrawal of troops. When the situation spiralled out of control, the intelligence community was made a scapegoat to gloss over the mismanagement of this crisis.

Only time will tell whether intelligence assessments were indeed willfully ignored by the present administration. Irrespective of this variable, however, there are those who posit that the unravelling of Afghanistan began many years ago, owing to strategic, tactical and policy missteps by the U.S. regime. 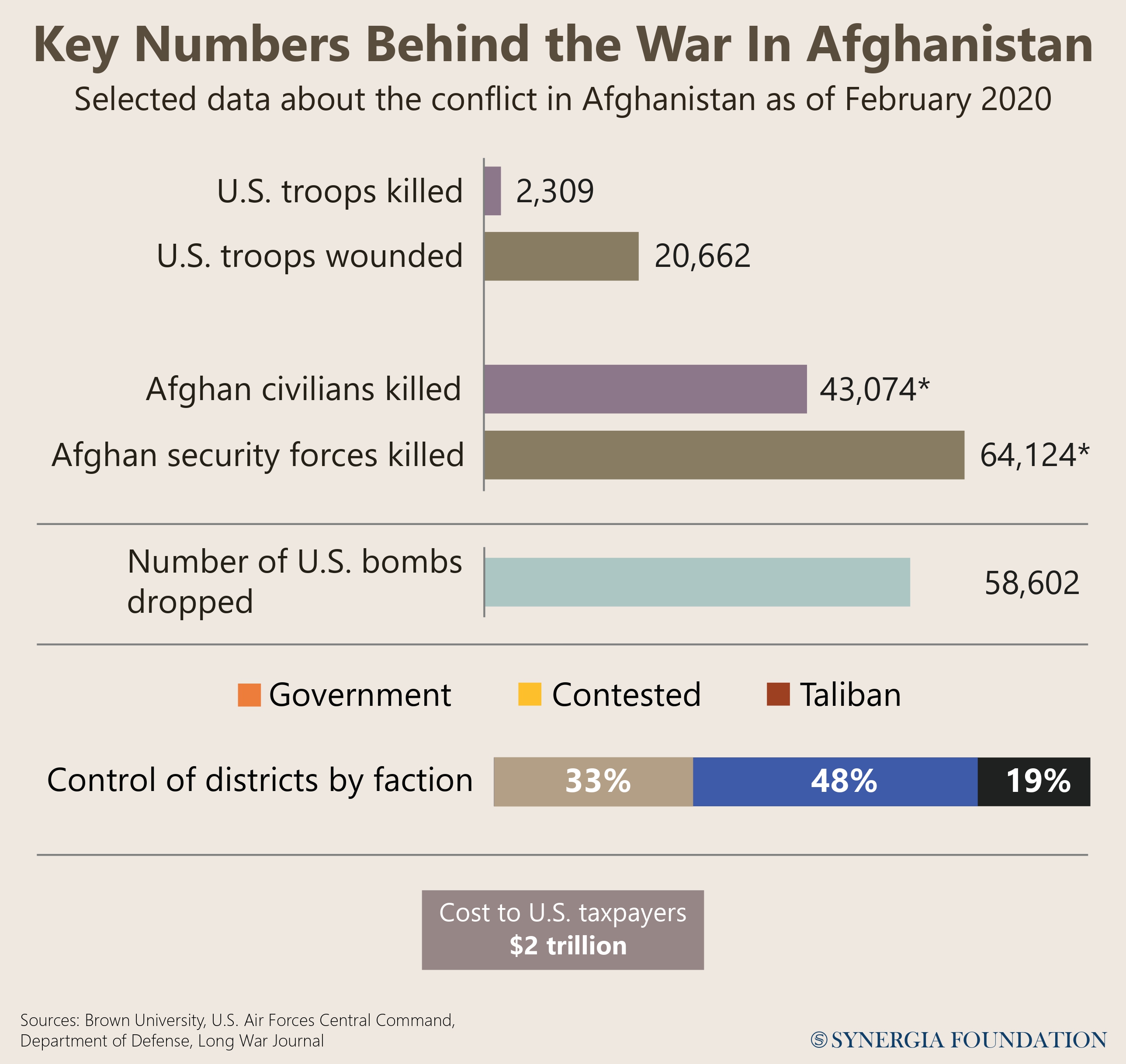 A CRISIS IN THE MAKING

Having ousted the Taliban from power in 2001, the U.S. had focussed its efforts on creating a stable regime with robust state institutions. However, in seeking to centralise power in a national government, there was a limited appreciation of the ground realities and cultural sensitivities in Afghanistan. The country continued to play host to numerous tribes, languages, ethnicities, and religious sects, failing to conform to the Western concept of a homogenous nation-state. In fact, certain experts believed a federal and inclusive structure accommodating the cultural plurality of Afghans would have been more sensitive to the local context, as opposed to a Presidential form of government.

Moreover, mechanical transplantation of Judeo-Christian values and liberal ideals were not necessarily well-received by all sections of the Afghan population. In this veritable milieu, the Taliban militants had found themselves in a unique position to exploit these vulnerabilities and capitalise on their identity as Pashtuns - the largest ethnic group in Afghanistan. They also had a better appreciation of tribal loyalties, local networks, and kin relationships, allowing them to strike deals with Afghan army commanders as their forces swept throughout the country. When viewed through this prism, the relatively swift and bloodless conquest of Taliban 2.0 is hardly surprising.

To make matters worse, the nation-building project was skewed by the deeply entrenched practice of corruption among the civilian government, political elite and the Afghanistan National forces. Impoverished army units, in particular, were infamous for taking apart their equipment and selling them as spares to other actors, including the Taliban. Even the U.S. encouraged corruption by liberally rewarding local warlords and doling out contracts at exorbitant costs. According to reports, the increased dependence on civil and military contractors to logistically support the ANA failed to deliver at the crucial moment. All these factors combined to ensure that the impact was devastating at the tactical level.

When the dust settles in Afghanistan and blames are apportioned, both the bribe-taker and the bribe-giver will find themselves equally blameworthy.

Apart from its obvious policy and tactical mistakes, the U.S. and other coalition forces are likely to be held accountable for a strategic oversight on their part, namely the inability to rein in Pakistani ambitions. Despite the overwhelming evidence of overt and covert ISI support to the Taliban after it had been routed from Afghanistan, the Americans did little to hold Islamabad accountable. The international community also lacked the political resolve to impose punitive sanctions against Pakistan. Trained, financed, and armed by the ISI, in safe sanctuaries across the Durand Line, the Taliban were able to regroup and emerge as a formidable force. As the Afghanistan crisis continues to unfold, the U.S. will find it difficult to live down this strategic failure.

As countries around the world take stock of the current situation, President Biden has been quick to point fingers at the Kabul government and the ANA. Having departed from the country in haste, President Ashraf Ghani or his cabinet colleagues were in no position to remonstrate or defend themselves. Echoing the words of his predecessor, President Biden had told his nation, "American troops cannot and should not be fighting in a war and dying in a war that Afghan forces are not willing to fight for themselves. We gave them every chance to determine their own future. We could not provide them with the will to fight for that future”.

Critics, however, point out that it is not fair to squarely place the blame on the Afghans. After all, it is the U.S. that went behind their back to negotiate peace deals with the Taliban. The country had also failed to uphold some of its commitments under the 2012 strategic partnership agreement with Afghanistan, which was valid till 2024.

Moreover, most of the U.S.-requisitioned private military contractors had chosen to depart with the U.S. troops, leaving behind a largely dysfunctional security apparatus. As it is, the Afghan fighting force had been crippled by years of corruption and a lack of basic support from the top levels of the civilian government. In this context, it did not take long for the front-line Afghan soldier to comprehend the futility of fighting for a lost cause.