Facebook deletes pages over effort to sow discord among US voters

Facebook says it has deleted accounts originating in Iran that featured posts on politically divisive topics which attracted more than 1 million followers in Britain and the United States. Facebook had come under harsh scrutiny over foreign interference attempting to use...

Facebook says it has deleted accounts originating in Iran that featured posts on politically divisive topics which attracted more than 1 million followers in Britain and the United States.

Facebook had come under harsh scrutiny over foreign interference attempting to use the platform to sway the results of 2016 US elections. It was criticized for not doing enough to detect, halt and disclose Russian efforts to influence the outcome. Facebook reported that roughly 126 million Americans may have engaged with Russian-backed accounts, which posted divisive content and fake news ahead of the election.

Following this, the company ramped up efforts to find and remove fake accounts. Critics have voiced concerns that the company is still not doing enough to combat fake news and intentionally misleading accounts. 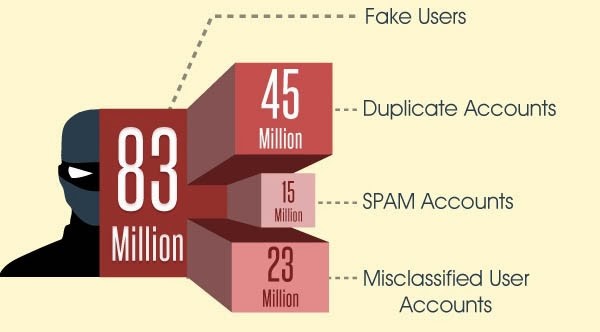 Facebook has uncovered and deleted dozens of accounts and pages originating in Iran that was intended to provoke division in the US and the UK and attracted more than 1 million followers.

The social network said it deleted 82 accounts and pages on Facebook and Instagram that were ‘fake’ and posted on divisive issues such as race relations, immigration, opposition to Donald Trump. More than a million users had engaged with these pages, groups and accounts which was identified, most of them in the US. Nathaniel Gleicher, Facebook’s head of cybersecurity policy said that they were created to deliberately “sow discord” ahead of the US Congressional elections on November 6th.

The deleted accounts represented themselves as being American or British and mostly targeted US liberals posting only small amounts of anti – Saudi and anti – Israeli content interspersed within large volumes of divisive political content such as race relations, police brutality and the US President, according to the Atlantic Council's Digital Forensic Research Lab, a think tank that works with Facebook to study propaganda online.

Facebook said their posts had been amplified through less than $100 in advertising on Facebook and Instagram last year. “Our investigation is still in its early days,” said Gleicher, in a press briefing “and while we have found no ties to the Iranian government, at this point we can’t say for sure who is responsible.”

Seven events were also identified as part of the campaign, but Gliecher did not provide any additional information about them, including whether or not they actually took place. He said the team was still investigating the details and that as they learned more they would release the information. “Based on our analysis and what we have seen so far, the primary focus of the operation was messaging through the large pages and it wasn’t as focused on the events.”

The social-media giant, the world's largest with 3 billion followers worldwide, said it shared information about the accounts with researchers, other technology companies, and the British and U.S. governments. Gleicher emphasized that, ahead of the 2018 midterm elections in the US, their investigative teams were working hard to ensure that the platform is not used as a tool for foreign interference. “We work closely with the US government, and we have been in contact with law enforcement, both with the foreign influence taskforce at the FBI and the Department of Homeland Security,”

Iran did not immediately respond to the latest accusations. Tehran has previously denied allegations that it uses social media for disinformation campaigns. The previously suspended Iranian accounts and pages garnered roughly 983,000 followers before being removed. The evolution of tactics from previous, more blatant pro- Iranian messaging suggests that operations had learned from earlier takedowns. Facebook's head of cybersecurity policy, Nathaniel Gleicher, told on a conference call that the latest operation uncovered by Facebook was more sophisticated than past incidents in ways that made it difficult to identify.

He explained that teams working for Facebook’s newly launched “war room” had identified “inauthentic behavior” from the accounts late last week, and had alerted law enforcement agencies and researchers before removing them. He added that the company’s war room is preparing to work with state election officials if additional issues are uncovered in the coming weeks. “As we lead into the final days before the midterms, our expectation is that they will be seeing challenges.”

Facebook says it has set up a "war room" at its Menlo Park, California, headquarters ahead of the U.S. elections, as well as a presidential election in Brazil on October 28. The war room is staffed with more than 20,000 workers assigned to weed out fake accounts set up to distribute false information.

Our assessment is that the governments of various countries will need to continue to invest heavily in safety and security, not only to prevent election interference on Facebook. We believe that Facebook has a duty to protect the authenticity of the connections and conversations which they have already undertaken.