In the event of a nuclear war

China’s top leadership will be ushered deep underground in a bunker deeply buried limestone karst caves. How does one of the largest economies in the world prepare for the..

How does one of the largest economies in the world prepare for the event of a Korean Peninsula.

North Korea has remained an isolated nation for decades. Its nuclear program has especially been a concern for the international community. In 2017, North Korea has launched 23 missiles in the span of 16 tests. It has increased its military activity since July of 2017 when it test launched two intercontinental ballistic missiles (ICBM). In August 2017, North Korea flew two missiles over Japan. The nation called it the “first step” in its Pacific operations. In September 2017, the nation has conducted its sixth nuclear test to date.

North Korean state media announced that the nation has conducted its sixth nuclear test to date on September 3rd, 2017. It is the nation’s most powerful test yet. According to reports, the country detonated a hydrogen bomb that could be mounted on an intercontinental ballistic missile. The tests triggered an artificial 6.3 magnitude earthquake. Tremors were felt in China and Russia as well.

In November 2017, North Korea after nearly two months of silence, tested its most potent missile yet. The Hwasong-15 missile reached an unprecedented height of almost 4,500 kilometers (2,800 miles). The Hwasong-15 is a new type of intercontinental ballistic missile. This represents a serious escalation in the stability of the Korean peninsula. 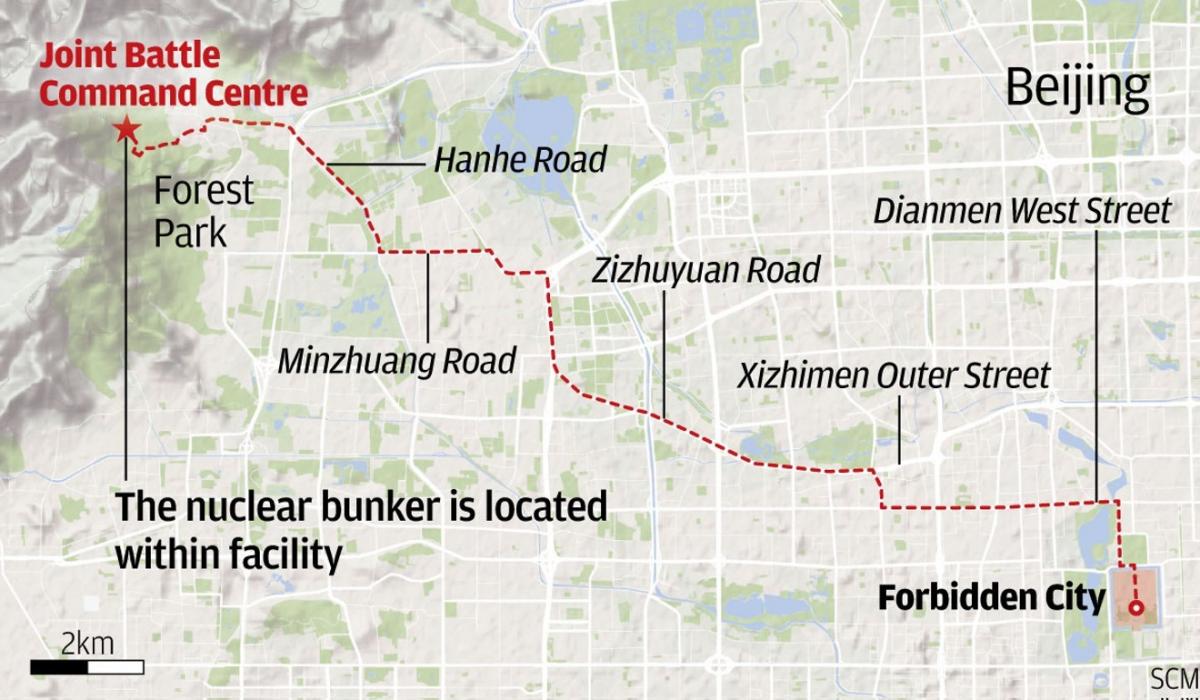 In the recent months, both the US and North Korea have increasingly broached the possibility of war, especially nuclear war. In a televised address for New Year’s Eve, North Korean head, Kim Jong Un said that the nuclear option was always on his “desk.” “It’s reality, not a threat, that the nuclear button is always on my desk,” Kim said in a televised New Year address on Monday. “The U.S. can never start a war against myself and our nation now.”

In event of a nuclear war, China, which shares a border with North Korea would immediately be affected. However, the nation has built a bunker within the world’s most deeply buried limestone karst caves. The bunker is said to be at least 2km below the ground. The fallout shelter is situated amid a network of caves and is part of the Central Military Commission’s Joint Battle Command Centre. China is not the only country with a nuclear bunker. There are governments across the world that have built similar structures. Some of them were built during the height of Cold War when the threat of war seemed imminent.

Geologists who have studied the site have noted that the caves provide a distinct geographical advantage. Qin Dajun, associate researcher with the Chinese Academy of Sciences’ Institute of Geology and Geophysics spoke about the karst caves and noted, “To our knowledge, these are the most deeply buried caves in the world.”

Liu Yong, a nuclear scientist at the University of South China in Hengyang, Hunan province, said in the event of a nuclear attack, the deadly fallout would remain in water and soil much longer than in the air. Yong said, “China has developed cutting-edge technology and equipment for exactly this purpose – it’s among the world’s best. They could be stored underground in the cave without causing any harm for many years.”

Our assessment is that a nuclear war in the Korean Peninsula would have devastating consequences not only for those living in North Korea but also those in Japan, China, South Korea, Russia and possibly even the United States. China and Russia felt tremors the last time North Korea conducted a nuclear test. It is therefore imperative for countries to build contingencies where a functioning government still exists in event of the worst-case scenario. Buried deep within the Karst caves, China has ensured it has built a secure bunker to do just that.