The European Union has warned that it will take action against online platforms that don’t remove hate speech content in a timely fashion. Authorities across the world have been..

The European Union has warned that it will take action against online platforms that don’t remove hate speech content in a timely fashion.

Authorities across the world have been grappling with effective methods to counter hate speech and terror content in the internet. According to a recently published report by the Anti-Defamation League, over 2.6 million tweets "containing language frequently found in anti-Semitic speech” were published between August 1, 2015 and July 31, 2016. A Council of Europe online survey  showed 4 out of 5 respondents have encountered hate speech online

The internet has also become one of the most potent tools used by terror organizations like ISIS to radicalize individuals. It has been reported that as of 2015, a total of 5000 citizens of countries across Europe have not only been radicalized but have also joined terrorist organizations as well as military formations such as ISIS and Jahbat al-Nusra.

The European Union has pushed online platforms like Facebook and Google to remove racist and violent posts for years. Individual countries have also pushed these online giants to become more proactive. In June 2017, Britain and France launched a campaign aimed at holding tech companies accountable for not aggressively countering inflammatory content. 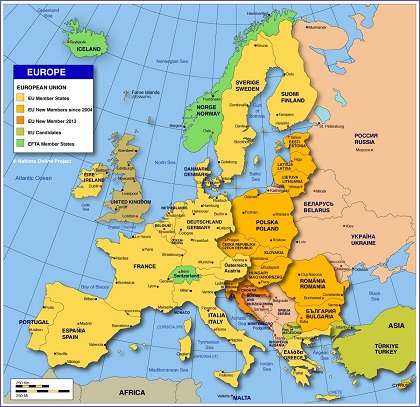 Back in 2016, a number of top online companies resolved to work harder in tackling hate speech online. They announced that they will review hate speech flagged by their users within 24 hours. In 2017, tech giants such as Facebook, Google's YouTube, Twitter and Microsoft announced the formation of a global working group to combine their efforts to remove terrorist content from their platforms.

However, officials at EU have expressed their concern that these platforms were still not acting in a timely manner. Mariya Gabriel, the EU's top official in charge of the digital economy and society said, “The situation is not sustainable: in more than 28% of cases, it takes more than one week for online platforms to take down illegal content.”

In fact, Gabriel has made it clear that the Commission implement new laws to tackle the problem if the online platforms fail to "take swift action over the coming months." If a company is then found violating one of these laws, action will be taken against them. The EU has a history of imposing harsh punishments. The body had ordered Google to pay $2.8 billion in an antitrust fine.

Specifically, Germany has taken action to police hate speech online. It recently passed a law, known locally as NetzDG, that will impose up to $59 million worth of fines on social media platforms that failed to remove hate speech.

Our assessment is that the European ‘First Amendment’ goes beyond the national and Strasbourg law and offers a fresh look into the issue of hate speech. We believe that the law have been built on three premises – the scrutiny of fundamental rights protection, the distinction between commercial and non commercial speech and the critical race theory. The ancient Greek values of equal rights at birth (isogonia), before law, (isopoliteia), in the body politics (isonomia) and to freedom of speech (isegoria) underpin the virtue of today’s Europe. That democracy is established through dialogue, justice and respect to human rights.