The sixth EU-AU Summit held in Brussels earlier this month reinforced the understanding amongst the EU nations that despite its unsettled nature and a flurry of recent coups, Africa holds out the best hope for future growth and investment. It came at an opportune moment considering that the last summit was held five years ago, a relatively long period during which the pandemic and deteriorating security situation in Africa has created new challenges in Africa.

The economic, geopolitical, and strategic undertones of the EU-AU relationship have suffered from time and neglect, which now the EU feels need to be restored and rejuvenated.

Till the early part of the 20th Century, the European nations, led by Great Britain, France, Belgium, and Germany, had a stranglehold on the continent, thanks to their colonisation of huge swathes of territory. As the newly emerging African nations struggled for their independence in a post-World War 2 neo-liberal world, they too became a victim of the cold war conflicts, with the U.S and USSR replacing the European colonisers as the principal players in Africa.

However, with the end of the cold war, new leaders have emerged, with China being far ahead of the pack and trailed by Japan, Turkey, Russia, Saudi Arabia, and India. 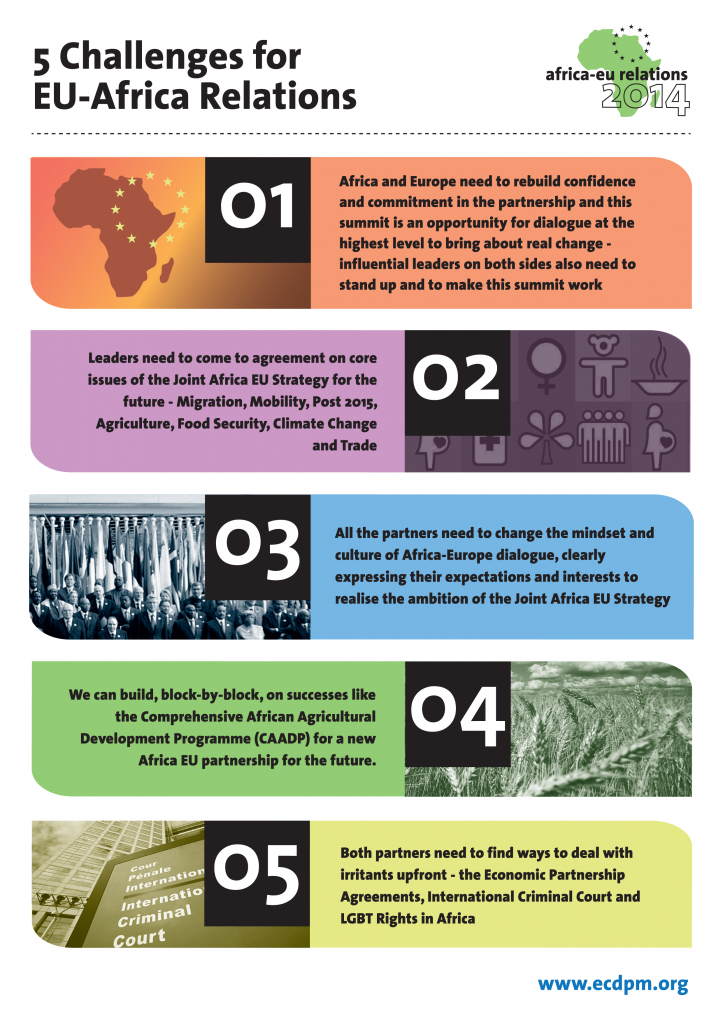 African countries, who have never forgotten or forgiven, the exploitations and excesses inflicted by the white colonisers often raise accusations of neo-colonialism. The selfish application of the vaccine mandate by rich western nations with utter disregard to the African populace is the most recent cause of growing anger in Africa. No vaccines were available to most African countries even when they were willing to shell out the market price for them or allow for a temporary IPR waiver so that these vaccines could be manufactured locally. Unsurprisingly, China's sympathetic COVID assistance through its 'medical silk road' won it many friends in Africa. Further salt was rubbed in the wound when EU declined to fulfil its promise of $100 billion annually during the 2021 UN Climate Change Conference.

EU has experienced the consequences of an exodus of political and economic migrants from Africa as they swarm over the Mediterranean into the dreamland of Europe. Unless their African homelands become self-sustainable economically and prosperous, this flood of asylum seekers will continue to threaten the stability of prosperous Europe. Recent coups in Sub Sahara Africa and Sudan had only worsened these fears, invoking images of the migration crisis of 2015 when 1.3 million Africans streamed into European shores.

The summit was a diplomatic success with an impressive turnout of more than 40 African and all 27 EU leaders that emphasised the geopolitical importance of Africa for EU. EU is now staking claim to a larger slice of the African pie with the promise of mega investments of up to 300 billion euros. The EU-AU summit optimistically announced ‘a renewed partnership for solidarity, security, peace and sustainable and sustained economic development and prosperity.' A joint vision for 2030 was released, which emphasised investment for green and vaccine relief for Africa. An investment package of €150bn for Africa over the next seven years and support for both the delivery and production of Covid-19 vaccines on the continent was promised.

The EU's financial plan's emphasis is the Global Gateway Africa – Europe Investment Package, which frees some €150 billion of investment for Africa through Team Europe initiatives. These are broadly in the areas of 'infrastructure and strategic corridors, green energy, digital transition, climate resilience, sustainable agri-food systems, supporting the private sector and young businesses, health, education and skills development and environment and nature protection. The most significant and timely endeavour is on health and on manufacturing and access to vaccines, medicines, and health technologies- a matter of ‘better late than never’!

There were, of course, some discordant notes too. African initiatives and institutions were largely ignored as the proceedings were dominated by the EU’s agenda and instruments. Obviously, this allowed the EU to expound on its own vision of Africa rather than having a shared one with African inputs incorporated.

The EU nations were a tad tight-fisted, perhaps due to the economic devastation that they, too, have undergone during the preceding two years. While the G-20 pledged to work towards reallocating $100 billion out of $650 billion worth of special drawing rights (SDRs) to developing countries, most EU countries didn't make any commitments. Only France, Italy and Spain agreed to reallocate 20 per cent of their SDRs, while Belgium and the Netherlands committed to some 3 per cent. These pale when compared to China's pledge to reallocate 25 per cent of its SDRs, worth $10 billion, to Africa only. Even more important would be the need to form a balanced partnership with Africa towards a Team Europe – Africa approach. More transparent and structured mechanisms would be key to mobilising investment collectively and strategically.

In a sense, the background papers set the tone for the summit. Africa's condition is still portrayed as a continent to be "aided" by the EU: 'a poor, fragile, violence-plagued and conflict-ridden continent.' There is no recognition of the 'modern, striving and prospering Africa.' As a result, there is no cognisance of what Africa has to offer to the EU. Africa's support for the EU members in the United Nations General Assembly on various positions for e.g. is not considered. The EU strategy document does not cover the possibility of a truly effective voice for Africa and a partnership of equality between the EU and AU. The summit had underpinnings of the colonial legacy, which inhibits negotiations on equal footing.

The EU’s discussion document, ‘Towards a Comprehensive Strategy with Africa’ has been criticised for revealing ignorance of "now long-standing, often repeated demands for a more effective voice and a partnership of equality" on the part of public and private actors in Africa, according to Inge Kaul, a senior fellow at the Hertie School in Berlin. This hesitancy on the part of European leaders has left African leaders unimpressed since many contentious issues such as the return of African art objects by museums was never addressed at the summit. The 'new deal' does not offer anything significantly new, while Africa has a range of players, including China, who are competing to remain invested in Africa.